For Many of Us, Regina King Was Already a Star 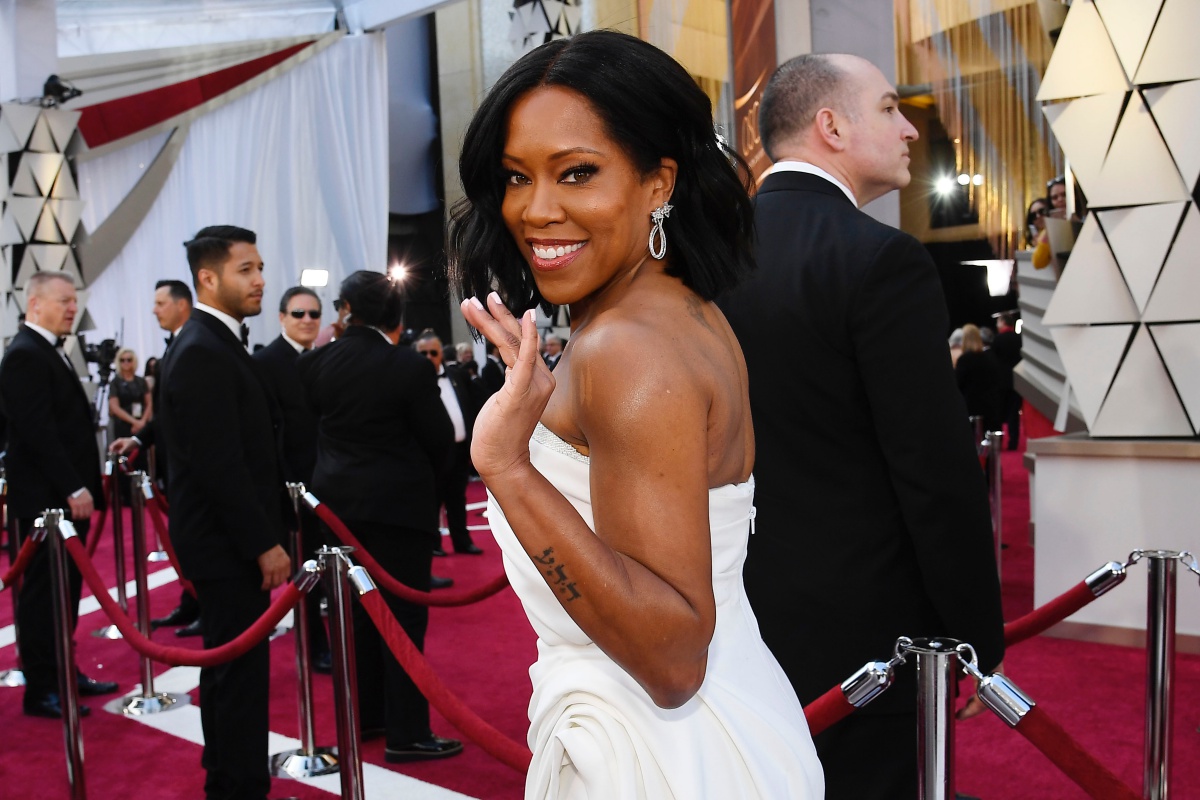 One of the most amazing moments of the 91st Oscars was seeing Regina King take home Best Supporting Actress for the amazing film If Beale Street Could Talk. Regina King is one of the most talented actors in this industry—and seeing her get worldwide acknowledgment for her performance has also brought out some of the more … elitist aspects of Hollywood.

In a piece for the National Review, Kyle Smith said the following about the 91st Acadamy Awards: “No one tunes in to the Oscars to get swept away by a Mahershala Ali win, or Olivia Colman, or Rami Malek, or Regina King. All four are talented performers, but the Oscars have always been keen to balance meritocracy with star worship.” He lamented that it was B-list “star-studded” group. “Where was Brad Pitt? Where was Tom Cruise? Where was Will Smith? Where was Jennifer Lawrence? Where was Ryan Gosling? Where were George, Denzel, Reese, Leonardo, and Sandra?”

I bring this up not to mock Smith but to highlight the kind of cultural divide there is concerning stardom with it comes to Hollywood. It took me years to understand the “charm” of a Julia Roberts or a Jennifer Lawrence. To me they had talent, but the Hollywood media machine hyped up their “every woman” identity to such a degree that looking at them, I just saw the same type of white starlet that often gets brought out every few years to be the new “It” woman. I recognize their value because society has invested time in making them valuable and then enjoys tearing them back down a few years later, ie Anne Hathaway.

The women I considered stars were the women I grew up watching: Regina Hall, Gabrielle Union, Sanaa Lathan, Jada Pinkett before she became Smith, Lisa Bonet, and of course, Regina King. Black women that I’d see pour their hearts and souls into films that were often relegated to just being “Black movies” or “Black shows” but where nonetheless fantastic.

Regina King has a filmography that is older than me, starting with the NBC sitcom 227 as the lead for five seasons in the mid-80s. She voiced both Huey and Riley Freeman on The Boondocks, was Detective Lydia Adams on the critically acclaimed show Southland, and killed it on American Crime for three seasons, in addition to all her other work. She was a three-time Emmy winner already and has directed episodes of Insecure, Being Mary Jane, Shameless, This Is Us, and more. All this to say that if Regina King isn’t at least known to you, it’s because you aren’t watching television.

We too easily give the title of “star” to any “It” white woman, while ignoring the large amount of star talent that is often present in non-white actors that are present: “Will we ever see Jack Nicholson, Warren Beatty, Al Pacino, or Clint Eastwood at the ceremony again?” Kyle Smith laments. “Maybe not. But even the actors who rose up to take their places — Robert Downey Jr., Hugh Jackman, Russell Crowe, Tom Hanks — were not in evidence last night. And the actors coming to take their places — Margot Robbie, Emma Watson, Tiffany Haddish, Chris Hemsworth, Chris Pratt, Channing Tatum — weren’t there either.”

We have so many talented people who are finally getting their due and more diverse stars than ever before, that to complain that Emma Watson and Channing Tatum weren’t at the Oscars, I must ask … what is your idea of a Hollywood star? Having those kinds of ideas of who qualifies as a modern star is why the Fyre festival happened, just saying.

I was swept away by the wins of Ali, King, Colman, and yes, even Malek despite my qualms with Bohemian Rhapsody, because it represented a change to the Hollywood system that we haven’t seen in a long time.

So when it comes to Regina the King, if you don’t know, now you know.