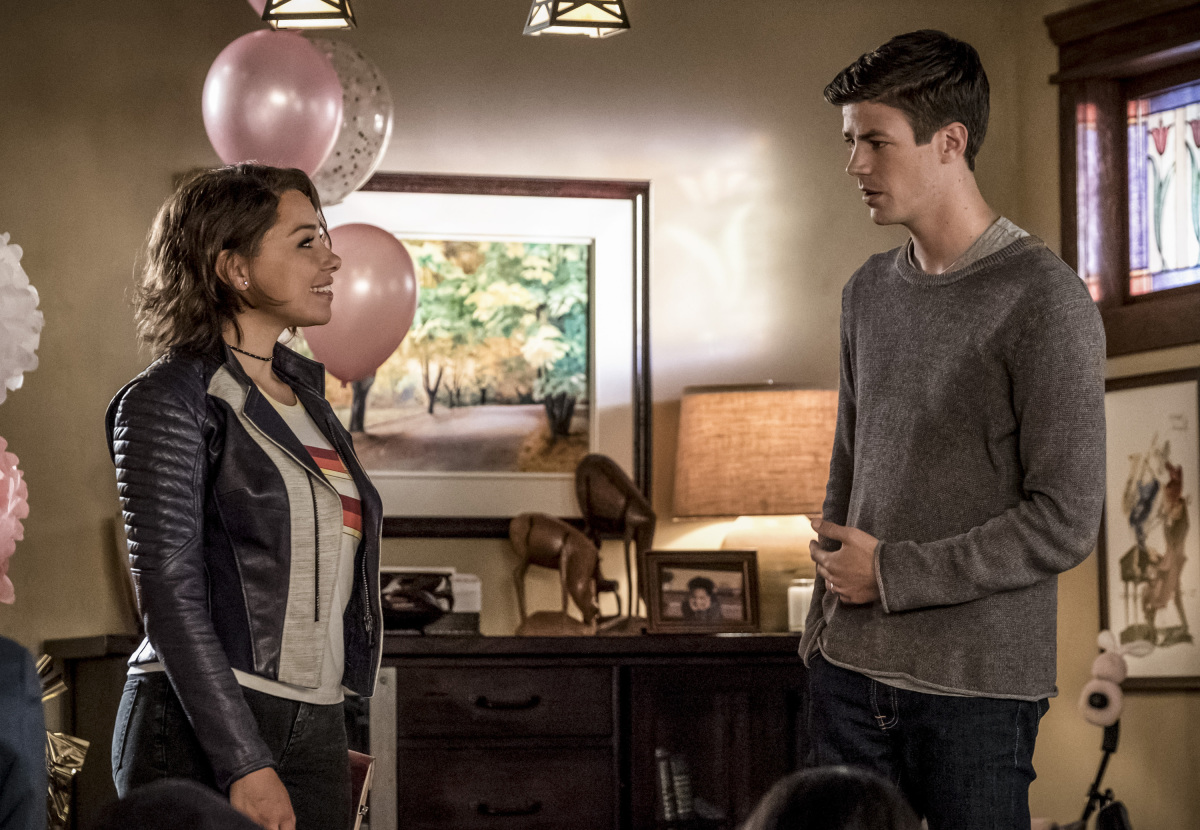 As an anime fan nothing tickles me more than a child from the future going back in time to help their parents out: Trunks from Dragonball Z, Chibi-Usa from Sailor Moon. It is the type of storyline so perfect for The Flash that I was so excited when it was confirmed at the end of season four that the mysterious speedster was Nora West-Allen, Bary and Iris’ future daughter and she, like her dad, is bad at the rules of the speed force.

The episode continues where last season ended with Nora introducing herself to Team Flash as Nora West-Allen, also know as XS, and explaining that she can’t get back home to her own timeline. The team tries to figure out what is going on to stop her entry into the speed force. At the same time, a new meta named Gridlock with the ability to absorb kinetic energy arrives on the scene, therefore the more you punch, the stronger Gridlock gets. The perfect baddie for Team Flash + XS to take care of. 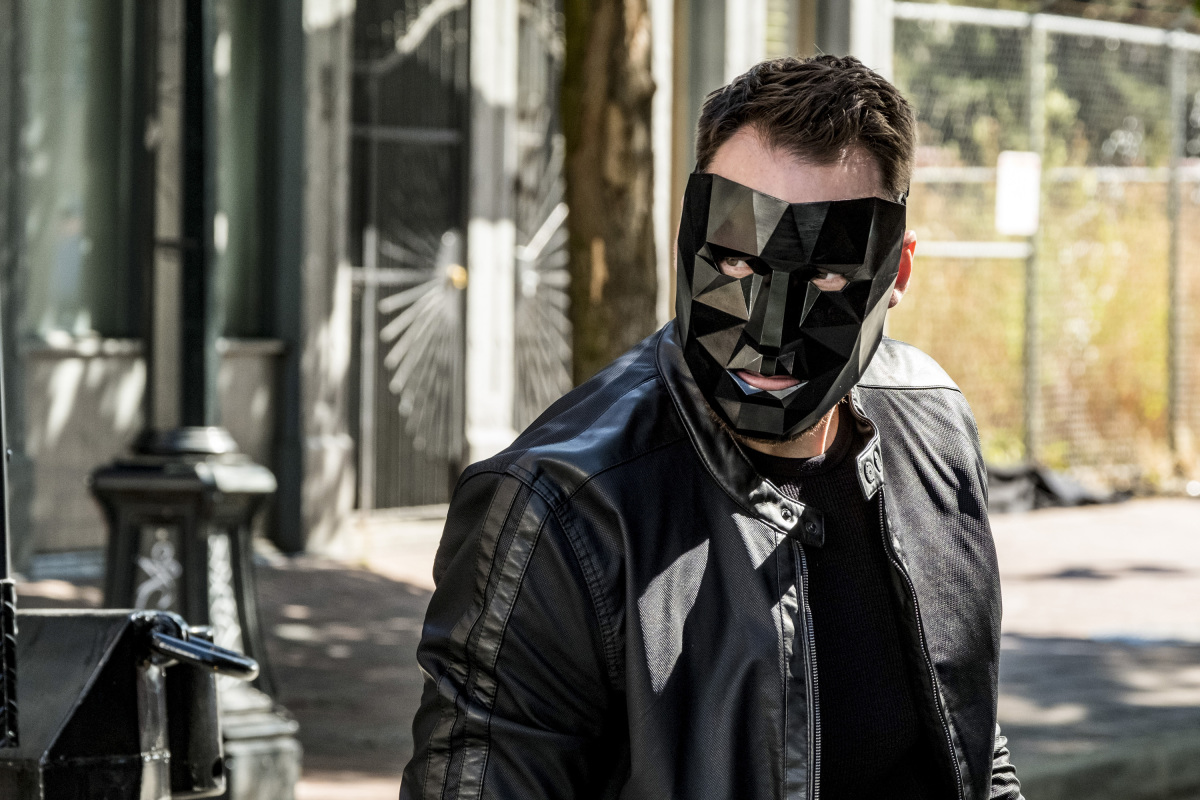 Barry feels very anxious around Nora, nervous about the timeline being disrupted, which Iris brings up as weird because Barry only cares about the timeline when someone yells at him about it (as this episode will later prove). Barry admits that Nora being here makes him feel like they cheated through all the good stuff of watching their daughter grow up, when in reality this is just a sneak peek at stuff to come. Really good spoilers about a human you will one day create. Although I will say, Grant Gustin’s Barry is at his most adorable when talking about his love for his family especially Iris and Nora. Plus it is reasonable that he would want this to be done the “normal” way, parenthood is hard enough without time travel.

Iris’ eagerness to get to know Nora makes sense since she felt abandoned by her own mother as a child, but it is clear that there is some complicated stuff between them. Not to mention it is very clear from the way that Nora dotes over Barry that something happened to him at some point in Nora’s future that she misses him and seems to have some resentment towards Iris.

Caitlin is still trying to get Killer Frost back in her life, please and thank you, and gets some help from Ralph who is doing more private detective work this episode than any elastic stuff, plus he’s trying to get a handle on the whole time travel thing. It’s cute that he thought that when people said Harry was from Earth-2, he read that as “Earth Too” bless. I still miss Julian, but Ralph has grown on me. 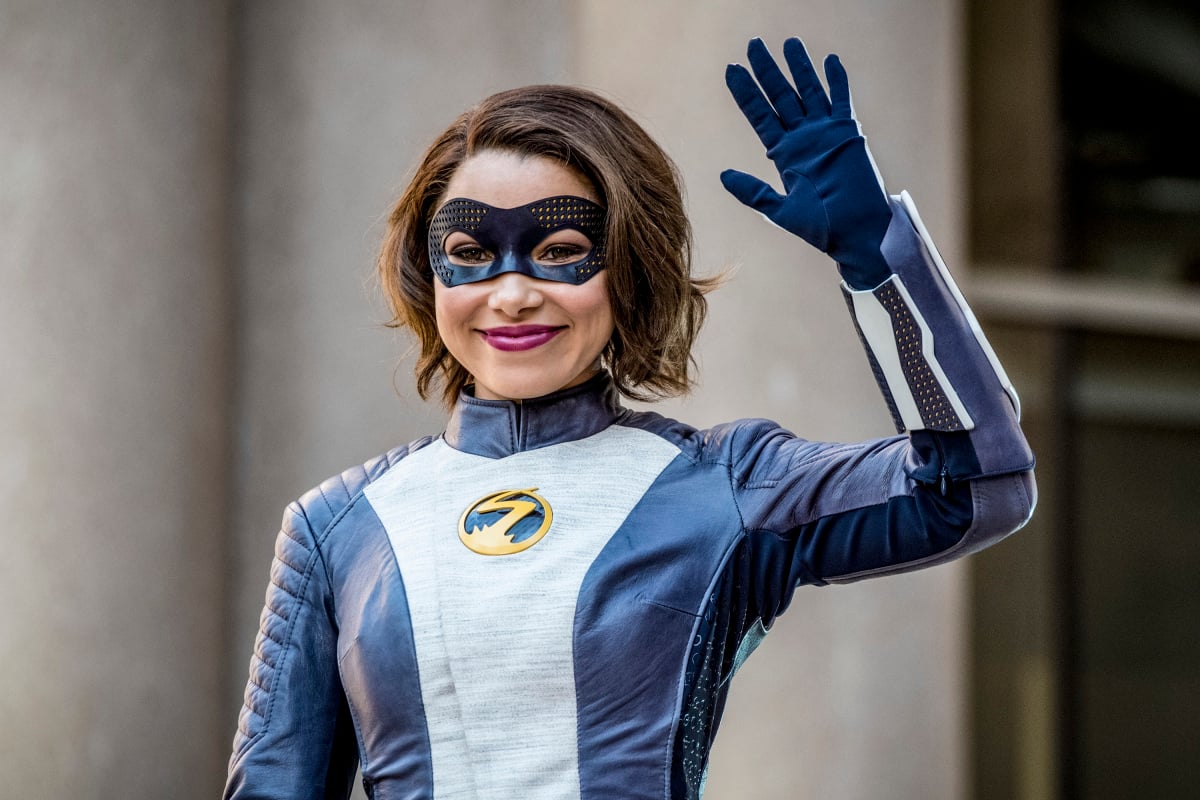 It can not be stated enough how good Jessica Parker Kennedy is in this role, fresh off her multi-season show Black Sails we know that Kennedy is a talented actress, but the way she seamlessly blends into the world of The Flash and is so Barry’s kid is perfectly timed in every way. It’s going to be a delight to see how she continues on in this series.

What did you guys think of this opener? Please mark your spoilers!