Good, because we love that Pitch. 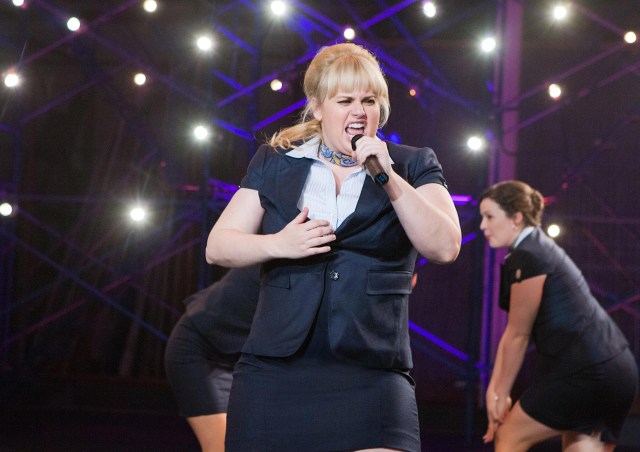 Pitch Perfect fans, listen up! You’re probably already excited about the upcoming Pitch Perfect 2, which hits theaters next month, but there’s now even more exciting news. Rebel Wilson revealed to Amy Kaufman, who writes about film for The L.A. Times, that she’s just signed on to do Pitch Perfect 3! Kaufman then revealed the news on Twitter, which has pretty much become a news source in its own right:

News: Rebel Wilson just told me there will be a 3rd @PitchPerfect and she recently signed on to be in it! (She doesn’t know abt Kendrick.)

So, she’s not sure about Anna Kendrick, apparently, but I can’t imagine they’d even do a Pitch Perfect 3 without her. Still, it’s good to know that “Fat Amy” has a place beyond the upcoming film. I’ve been in love with Wilson and her comedic talent since Bridesmaids, and it’s good to know she’ll continue to be on screens.

I have to say – I wasn’t the biggest fan of the first Pitch Perfect film when I first saw it. I thought it was okay, but I wanted to love it much more than I did. It had all the right ingredients for me – mostly-female cast, pop music, a strong message about female friendships – and yet a lot of it didn’t land for me. However, the thing that always landed for me was Rebel Wilson. As a fat girl myself, it was awesome to see someone be fat and own it on screen. Yes, she was often in charge of the entire slapstick department. Yes, she “got shot” with a burrito. But I never felt that she was more weak than any of the other characters, or that she was a negative portrayal of a fat girl. She was just entirely herself, which is what we should all strive to be!

So, I’ll probably be seeing Pitch Perfect 2 in theaters in the hopes that this is a case in which the sequel is even better than the first, especially since it has a female director (Elizabeth Banks – making her directorial debut!). See you at the theater in May, pitches!