Rebecca Sugar Announces Children’s Book Based on the Steven Universe Episode, “The Answer” 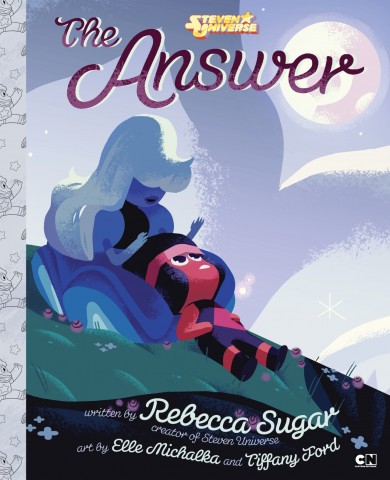 In News About Cute Things That Are Beyond Cute, Rebecca Sugar took to Tumblr today to announce that she has adapted the Steven Universe episode “The Answer” into a children’s book!

For those who don’t know, “The Answer” tells the story of the gem fusion, Garnet, and how the two gems that make her up, Sapphire and Ruby, met, fell in love, and discovered they could fuse and create “something entirely new.” It’s one of the sweetest episodes of the series. It’s also one of the most important, as it provides both children and adult fans alike with a wonderful representation of a same-sex relationship. 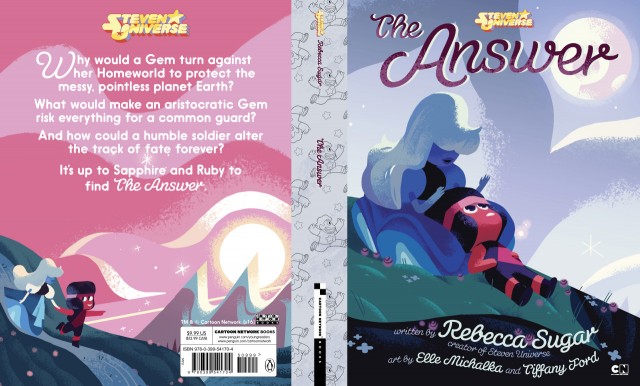 On her Tumblr, Sugar had this to say about the project:

I’m so excited to officially announce “The Answer” children’s book!

I was so glad to get a chance to adapt this story into such a timeless format, and to work with two of my absolute favorite artists, original Crewniverse members Elle Michalka and Tiffany Ford!

I’m so in love with how this book came out, and I can’t wait for everyone to see it! It’s the classic story of how Ruby and Sapphire fell in love, but told in an entirely new way.

Please check it out soon! Thank you so much!

So, with Sugar exclusively on writing duty and two other “Crewniverse” artists drawing, we at least know that we’ve got a slightly different art style to look forward to. Still, I wonder if that’s all there was to what she means by the story being told in “an entirely new way.” Are there parts of the story that weren’t included in the original episode? One thing’s for sure, it won’t feature beautiful songs like this:

Here’s the official description from Amazon:

Thousands of years ago, there were two Gems called Ruby and Sapphire who lived on the faraway Gem Homeworld planet. Even though one Gem could see into the future, neither could predict that their paths would come together in such an incredible way! This is the story of Garnet, the leader of the Crystal Gems, and how she came to live on planet Earth. Rebecca Sugar, creator of Steven Universe, tells this love story with plenty of warmth and humor.

I’m thrilled that LGBTQIA and straight kids alike will be able to have this in their homes to be able to read over and over! The Answer will be available in hardcover from Cartoon Network Books on September 6th, 2016.