#ReasonsToSupportBoP Is Trending Because Birds of Prey Deserves Better

If you haven't seen it yet, what are you doing with your life? 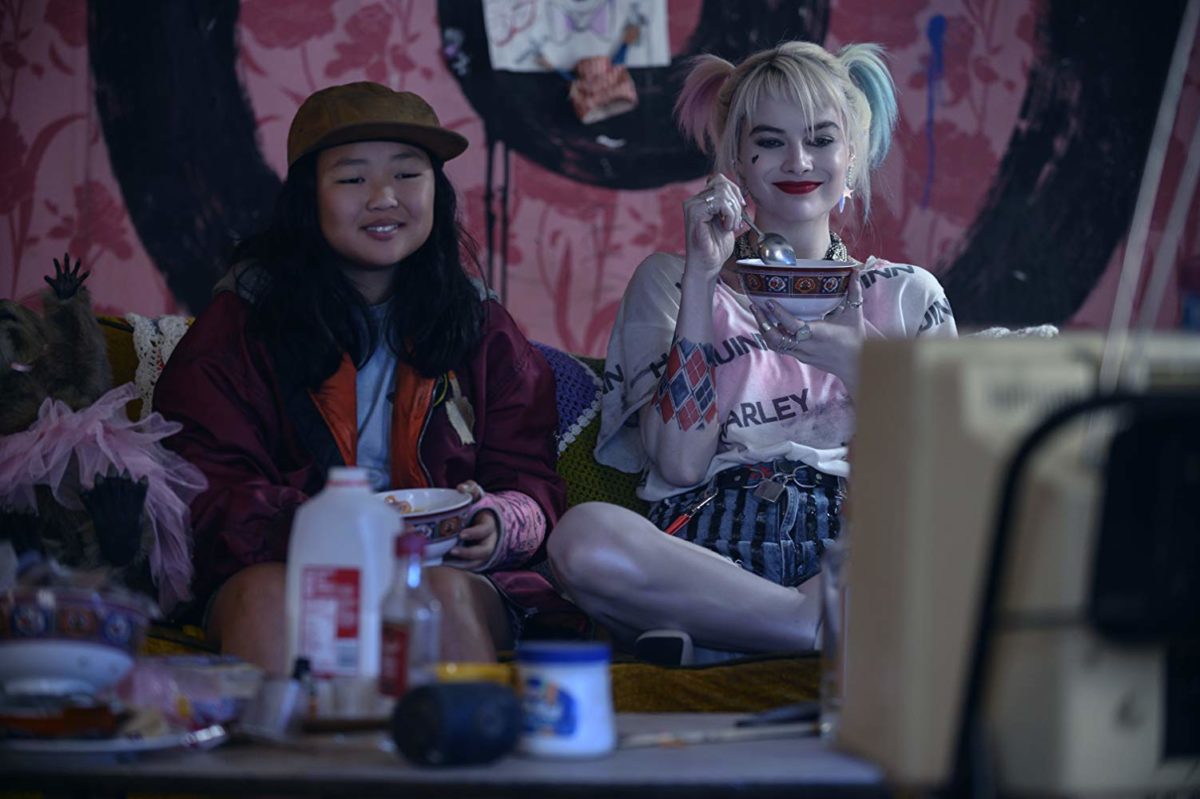 When Warner Bros. released Birds of Prey and the Fantabulous Emancipation of One Harley Quinn two weeks ago, they delivered one of the most original, stylish, and downright ass-kicking comic book movies of the past decade. The film, which holds a 79 percent fresh rating on Rotten Tomatoes, has already garnered raves for its fight scenes, its humor, and its woman power in front of and behind the camera.

But thanks to missed box office projections, the film opened to $33 million instead of the expected $45-50 million, and the narrative has become that the film is a financial flop. Nevermind that it has already grossed $100 million worldwide and is well on track to recouping its budget and making a profit. The narrative has stuck: this movie is a bomb.

It’s especially frustrating given how the film has been treated in light of comparable box office numbers. For example, Ford v Ferrari opened to $31 million, with a budget of $97 million, but was hailed as a hit.

Sometimes you "race to first place" with a $31MM opening weekend, and sometimes a $33MM opening is a disappointment. pic.twitter.com/PI0twsNNrk

For reference, FORD V FERRARI cost $97.6m and only made $31.4m its opening weekend and I didn't see a single damn article or tweet about it being a fiscal catastrophe.

And while there are plenty of reasons why BoP didn’t have the blockbuster opening that was projected, that hasn’t stopped the sexist narrative from taking hold.

It’s especially disheartening because, as with all female superhero films (or films that center on ANY marginalized community), BoP‘s struggle will only make it harder for female-driven comic book films to get made. In response, fans are tweeting #ReasonsToSupportBoP in an effort to bring more awareness and to celebrate what was a truly an awesome film:

#ReasonsToSupportBoP Margot Robbie worked extremely hard to give us an R rated female team up movie with a female writer and director and to give us an accurate adaptation of Harley from her New 52 and Rebirth comics pic.twitter.com/OdM2IHKmrM

WB allowed for Margot Robbie to choose the next direction for her version of Harley Quinn and presented fans with a satisfying experience #ReasonsToSupportBoP pic.twitter.com/nAiGdYtp3Q

Birds of Prey is a product of a studio allowing a director to drive toward their creative vision regardless of how risky the movie was from other CBMs in the genre #ReasonsToSupportBoP pic.twitter.com/dpBRgdoptV

We need more female characters on the big screen. Not only because we need representation, they have big stories to tell. Supporting this movie brings attention characs that are not mainstream, and again, girls or not.
There's two more reasons:#ReasonsToSupportBoP #birdsofprey pic.twitter.com/Z3quDMm7rn

#ReasonsToSupportBoP Like I said in my review, #BirdsOfPrey is the best DC movie since The Dark Knight, it's full of passion, commitment, comic book elements. Margot as Harley is like the most perfect thing in the universe, and also the cast, they're all incredible. pic.twitter.com/egWrdvyJH3

A rockin adventure w some badass women. A beautifully shot and exciting film #Birdsofprey is a fun thrill ride. Cathy Yan and Christina Hodson did an amazing job and we should support female filmmakers. #ReasonsToSupportBoP pic.twitter.com/IAOrWbzC9n

#ReasonsToSupportBoP Because Harley losing an egg sandwich was more devastating to my psyche than the death of Bruce Wayne’s parents. pic.twitter.com/rSwvMrSetw

#ReasonsToSupportBoP it’s a good ass movie that delivers on almost everything comic book fans have been asking for from DC. Not to mention it has all the diversity and LGBTQ rep we’ve been asking for pic.twitter.com/4Z7w7MONzi

margot worked so hard to put this film into action (+ the cast/team of course). this film is so special because its unlike anything we’ve seen before – its about women, starring women, directed by a woman & produced by a woman… in conclusion: women. period #ReasonsToSupportBoP pic.twitter.com/miJnKqSQnR

If you support director-driven films that takes risks and veers off from the traditional cookie cutter format most cbm's in this day use, go see this movie. #ReasonsToSupportBoP pic.twitter.com/JqbUksxHi6

The idea that a comics movie has to break records or have atronomical returns if it's made by and features marginalized voices needs to die. #BirdsOfPrey is a solid movie. It's fun and vibrant. The action sequences are . It's a worthy entry into the DCEU.#ReasonsToSupportBoP

1. Well-crafted script with significant character arcs that converge into a coherent story.

2. The characters are written with heart, love, and respect towards the source material.

3. The humour is smart and the actors deliver their best performances. ✊ pic.twitter.com/lYkHe7cIh2

BIRDS OF PREY is a movie about strong female characters breaking out of the shackles of oppressive men who have been holding them down and harming they're true potential. It's a movie about gaining independence. #ReasonsToSupportBoP pic.twitter.com/RO5fOLE9Ef

Also I think people are underestimating how amazing it feels to see women on screen kicking ass and not being a stupid punchline. #ReasonsToSupportBoP pic.twitter.com/IzypgxFeD5

It explores Harley's personality in such a great way. It encourages people to stay away from any form of toxicity & start a new life. The soundtrack is full of bangers, the imagery is fascinating, the costumes are fabulous & the acting is perfect. #ReasonsToSupportBoP pic.twitter.com/T5M7mBiGcg

#ReasonsToSupportBoP the movie's a lovely blend of action, Looney Tunes cartoon, neo-noir, and comedy. It's fun, colourful, sweet, I loved everyone in it, and it's unlike any superhero film I've seen to date. pic.twitter.com/vgLHCLJqq0

A film that takes risks in its tone, narrative and proposal.#BirdsofPrey allowed us to see the first team of women on the big screen, and it was certainly a fresh air for comic-book movies#ReasonsToSupportBoP pic.twitter.com/Vr3BvlpWh3

Director Cathy Yan responded to the outpouring of BoP love:

This is incredible? What is happening?! Thank you all so much! What a delight. I’m so happy right now. #ReasonsToSupportBoP https://t.co/3f07SD9bWh

Have you seen Birds of Prey yet? What did you think?