Ready Player One: A Study in Why Tokenizing Is Terrible 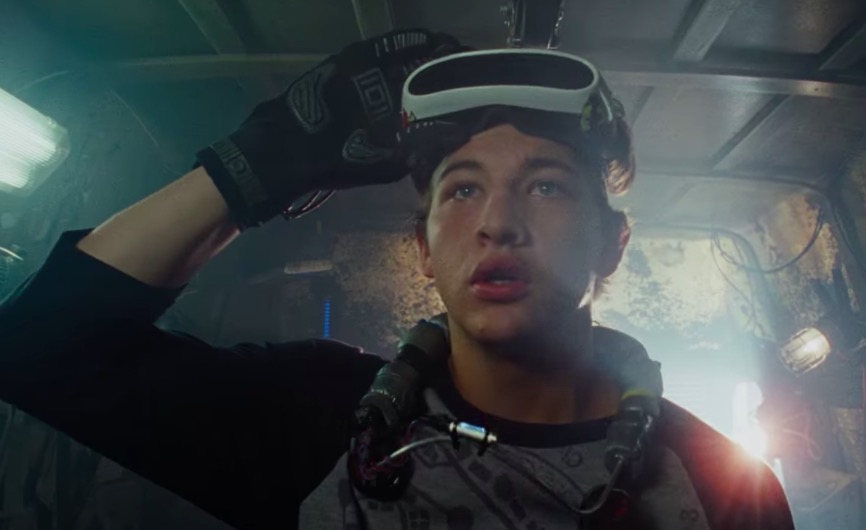 I want to establish up front that I am not one of those people who whines every time there’s an individual from a marginalized population in a piece of fiction. I’m not the “you’re just pandering to the social justice warriors” guy. I hate that guy.

However, there is such a thing as carelessly tossing in representation just for “points” and hurting underrepresented people in the process: tokenism. Enter Ready Player One.

I read the book, soon to become a movie (pictured above), a couple years ago, after a family member gave it to me as a gift. I had a feeling it was going to be a wank, but I read it half out of politeness and half out of curiosity. I am, after all, a gamer.

There were some interesting things about the book. I’m a sucker for dystopian future fiction. I like the idea of an evil tech company that is Definitely Not Amazon trying to take over the last free bastion of human society, and there’s nothing wrong with a self-indulgent fantasy about using your normally useless knowledge and skills to save the world, become rich, and find love, even if I am a little annoyed that only a white guy could get away with publishing something so masturbatory without getting massive amounts of criticism and mockery. Stephenie Meyer didn’t get that luxury.

But what was ultimately more cringe-worthy than the cramming of every ’80s pop culture reference in existence into one book was the representation of marginalized persons. At every opportunity, author Ernest Cline used the worst kind of representation, up to and including being outright racist.

The story’s main character is a 20-year-old white guy named Wade. His best friend is a white guy, his love interest is a white woman, and his hero, the creator of the contest the book is centered on, is a white guy. Later, he meets a pair of leading competitors who are Japanese men.

The representation of Japanese culture made me … uncomfortable:

“‘The Sixers have no honor,’ Shoto said, scowling.”

“Daito nudged his younger brother, and they both faced me and bowed. ‘You were the first to find the tomb’s hiding place, so we owe you our gratitude for leading us to it.'”

“He sat seiza-style, folding his legs under his thighs.”

And, after one of them was reported to have jumped off a roof:

Maybe if Daito and Shoto had been more prominent characters that were more than plot devices, their representation wouldn’t have been so painful. As it is, it seems like Cline pulled a few slips of paper out of a hat full of Japanese stereotypes.

Then there’s the Girl Character.

“Overall, she seemed to be going for a sort of mid-’80s postapocalyptic cyberpunk girl-next-door look. And it was working for me, in a big way. In a word: hot.”

Art3mis clearly represents every geek dude’s fantasy girlfriend. She’s really good at video games! (But not as good as him.) She knows so much about geek stuff! (But not as much as him.) At one point in the book, Art3mis even pulls into first place in the contest! (But ultimately, Wade wins.)

And he wins the girl. This happens after he freaks her out by saying that he loves her before even meeting her in real life, and she cuts off contact with him. He then spends some time stalking her, trying to step over her boundaries using every method of contact he can think of, even pulling the “standing outside her virtual window with a boombox over his head” thing. 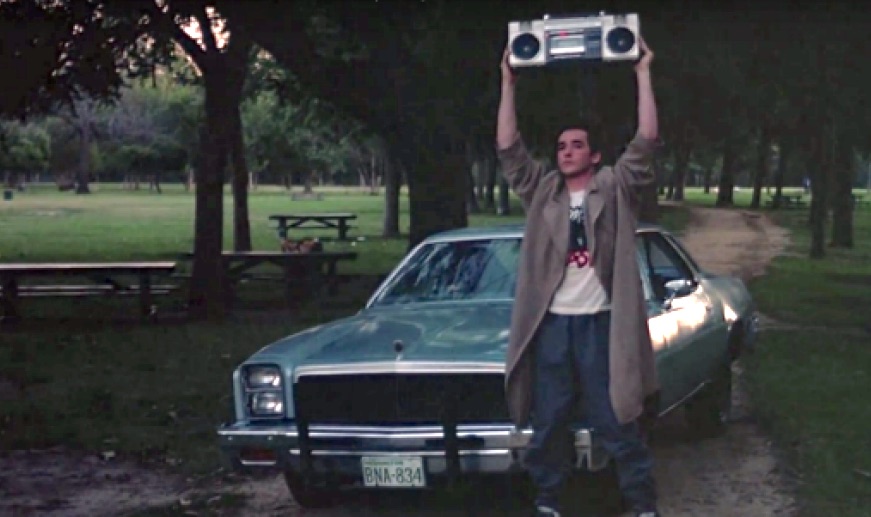 Lloyd Dobler holds a boom box over his head in Say Anything… (image: 20th Century Fox)

Any chance for an ’80s reference, no matter how creepy. Not everything that happened in the ’80s was a good thing, Cline.

But the best (by which I mean worst) part is that, since most of the book takes place in a virtual world where everyone is represented by avatars, Wade doesn’t see the real person behind Art3mis until close to the end of the book. And, surprise! She has a big birthmark covering half of her face! But don’t worry, our hero is good enough to love her anyway.

Cline could have spent any amount of time exploring how difficult life is for people who have stuff on their faces that society thinks shouldn’t be there, but he doesn’t. This is the problem with representation in Ready Player One. It always feels like an afterthought. The face birthmark is used as a surprise twist meant to explain Art3mis avoiding Wade after his too-soon “I love you” and probably to make Wade look like even more of a great hero by loving her in spite of looking less than perfect.

But worse is the surprise revelation about Wade’s best friend. You know, the other white guy?

Surprise! They were really a “heavyset” black lesbian woman all along!

“A heavyset African American girl sat in the RV’s driver seat, clutching the wheel tightly and staring straight ahead. She was about my age, with short, kinky hair and chocolate-colored skin that appeared iridescent in the soft glow of the dashboard indicators.”

The book then spends an entire two pages going over this character’s life and touching on the fact that interactions with others are easier with a thin white male avatar than a fat black female avatar. This is absolutely true in the real world, but it’s an issue that, if you’re going to bring it up, might be worth more than two pages out of your book that you managed to stuff with about a thousand references to ’80s crap.

I can’t stand the people who complain about representation by saying, “Why not just have a character who’s a disabled autistic trans lesbian black Muslim woman?” as though no one exists who fits that description. But Ernest Cline found the exact wrong way to include a character who is marginalized in multiple ways. It feels like he thought, “Here’s a way I can dump a bunch of diversity into my book without having to think about it,” just like he clearly didn’t think about how to represent his Japanese characters.

The reality is that good representation of underrepresented populations takes some actual effort. If you just want to write a wank, better to write your wank using the only kind of characters you can apparently relate to, rather than try to score some diversity points or whatever Cline was trying to do. Careless, afterthought representation can be more harmful than none.

Lindsey Weedston is a Seattle-based nerd, a politics nerd, a psychology nerd, and a video game nerd. When she’s not nerding it up, she’s probably asleep. She also blogs about feminism and social justice over at Not Sorry Feminism and is sometimes on Twitter. You can find more of her rants on Vocally.