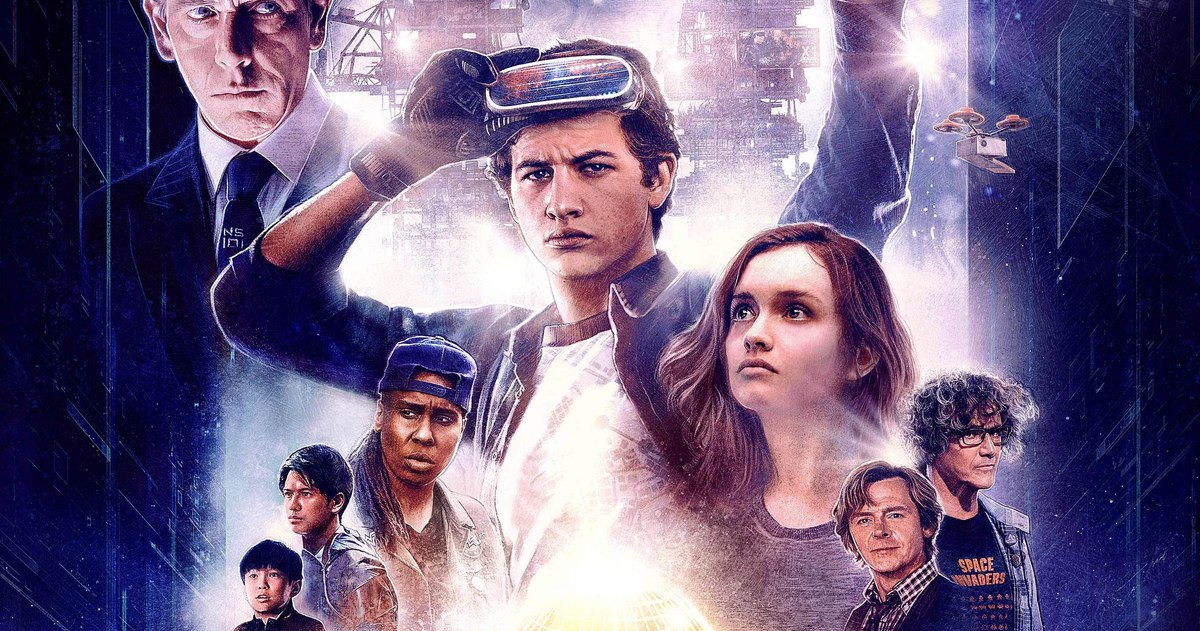 We knew it was coming, dreaded it even, but it still doesn’t quite feel real. Yet Ready Player Two, Ernest Cline’s highly anticipated (to someone I’m sure) sequel to Read Player One is here and it’s already getting savaged online. Reading the excerpts getting dragged … I can definitely see why.

To be fully transparent here, I have not read Ready Player One. I did see the movie and found it to be absolutely exhausting and disheartening, mainly because it was so predictable and also because the pop culture virtual world it imagines is not too far removed from our current social media hellscape and that’s terrifying in its own right. But while it was tiring, the book and movie did tell a complete story … but the sequel seems to be returning to the same pop culture overload well and making their protagonist even more unlikeable, and it’s not looking good.

Pleased to report that the opening pages of Ready Player Two are beyond parody pic.twitter.com/qCUYicNXIP

Critic Laura Hudson, who has written extensively on Cline and the franchise, is live-tweeting the ordeal and it’s already been a journey, just 40 or so pages in.

Oh boy. Page 1: We learn that Aech, his friend he thought was a white dude but found out a fat black lesbian and GRACIOUSLY accepted anyway by saying that her true identities “didn’t matter,” immediately disappears to Senegal because she is Black in case you forgot she is Black pic.twitter.com/tKqb7TG2Bu

This is how the third chapter begins.

It doesn’t stop! This tech where people get to just … relive other lives or be other people seems like it could be a cool idea with a better writer, but here it just sounds … horrifying!

After solving world hunger with digital cake, our hero decides to reboot the US police as a force of drones and tactical robots, because as ever the billionaire tech CEO motto is: “I just can’t foresee anything going wrong with this so why bother worrying about how it could?” pic.twitter.com/0TztFBqlXD

At least the insufferable narrator got dumped.

The only good thing that’s happened is his now ex-gf dumped him bc he sucks, then RINSED him in the press when he spent a gajillion dollars on an elite space bunker he and his friends can bail to leaving the earth and everyone else on it to die

he “doesn’t see it that way” lmao pic.twitter.com/cnnnyJYLI8

Seriously. Only reading what’s above is absolutely bonkers! The amount of stuff covered in a few paragraphs is bonkers, and the stupid references throughout make it even worse!

This is all bad bad bad. But it turns out the sequel is also seriously offending trans readers for a very good reason.

Reading excerpts from Ready Player Two. This has to be one of the most ignorant and dumb statements I’ve ever read.

“Thanks to years of browsing the internet, I know exactly what it’s like to be trans!” pic.twitter.com/jVkUEzFb6g

The problem here seems to be that after the success of Ready Player One, Cline seems to be one of the authors that can’t be edited. He was too successful and can’t be told his work is no good. Or maybe the first book was this flat and bad and relied too much on references and not real story or emotion too? The movie certainly came off that way.

In general, folks are dunking on all of the ways the franchise doesn’t get pop culture but also exemplified the absolute worst takes on it.

Have not read Ready Player Two yet, but am getting extremely angry remembering how the movie for Ready Player One so fundamentally misunderstood The Iron Giant that it turned him back into a gun! pic.twitter.com/pgURKZffAY

Shout out to my fellow unpublished authors reading the excerpts from #ReadyPlayerTwo in disbelief. pic.twitter.com/LeSmBzC8wJ

Just please … can we not make this one into a movie?