Robert Downey Jr. Says 90% of His Black Friends Were Okay With Tropic Thunder and Ugh, Here We Go Again 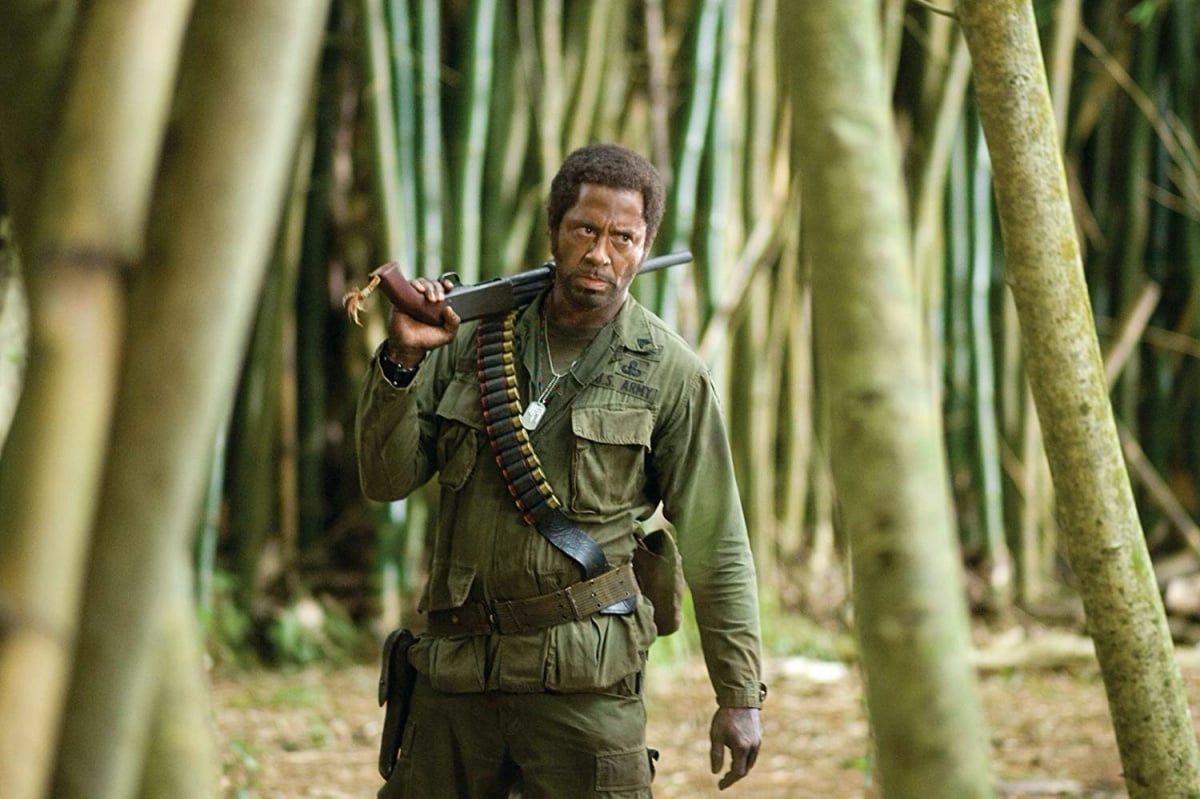 Robert Downey Jr., while trying to promote the decaying abomination that is Dolittle, went on The Joe Rogan Experience, and the subject of his Academy Award-nominated role in the film Tropic Thunder came up … and boy did my tiny Aries king fumble the response.

In Tropic Thunder (starring Ben Stiller, Jack Black, Tom Cruise, and Robert Downey Jr.), a group of movie stars are dropped in the middle of the jungle after being divas, and get caught in the middle of a major drug situation. Downey plays Kirk Lazarus, a five-time Oscar-winning Australian actor who gets “pigmentation alteration” to play a Black soldier in the film—which meant the actor went from Iron Man to blackface right at the very beginning of his comeback.

The actor had reservations, but then, according to WaPo, told Rogan: “I thought: ‘Hold on, dude. Get real here. Where is your heart?’ My heart is a) I get to be black for a summer in my mind, so there’s something in it for me. The other thing is I get to hold up to nature the insane, self-involved hypocrisy of artists and what they think they’re allowed to do on occasion.”

Okay, the other thing stands, but point “a” is a mess. Still, okay, that is a fine way of ending the discourse. Oh, but then he added: “Ninety percent of my black friends were like, ‘Dude, that was great.’”

Oh no. Did those Black friends also tell you to never invoke them in this way?

There has always been a weird discourse about the blackface issue in Tropic Thunder. Yes, the film is satirical and making fun of method actors who think they are making a “point” about race as they lean into the most racist aspects of filmmaking. The problem is that the film ended up being a huge comeback for Downey, garnering him a Golden Globe win and an Academy Award nomination for Best Supporting Actor—that he lost to Heath Ledger, but was considered the forerunner for regardless.

Despite that it was supposed to be calling Hollywood out, it ended up being another way for the industry to commend itself for being “brave” and “funny” enough to “go there.”

I have fond memories of Tropic Thunder. I saw it in New York with a mostly Black audience with my mother and brother, but I was also a teenager. Since then, when I do go back to the film, I don’t find the use of blackface offensive, but I do understand why other Black people do think so. Regardless of the message of the film, it was a movie directed by Ben Stiller and written by three white guys: Justin Theroux, Ben Stiller, and Etan Cohen. The only actual Black character is Brandon T. Jackson as Alpa Chino, who isn’t one of the more memorable characters in the movie. Plus, there are lots of messy depictions of Asians characters and, of course, mental illness.

The movie is deeply imperfect, and a lot of people, especially Black people, have different opinions on the use of blackface. However, Downey—despite, I’m sure, meaning well—is simply not the right person to lead this conversation. He does not have the range, and that’s okay. He just needs to shh and make better post-Tony Stark choices.