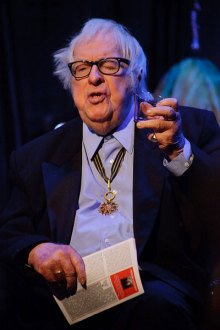 The Associated Press is reporting that Ray Bradbury, author of The Martian Chronicles and Fahrenheit 451, died last night in his California home at the age of 91. Bradbury’s works were often subversive, taking on such topics as authoritarian control of information and the long tensions of the Cold War. He will be sorely missed.

Though placed squarely in the realm of science fiction, Bradbury worked in other genres and mediums as well. He also famously resisted the widespread adoption of technology, only allowing Fahrenheit to be published electronically last year. He also famously referred to the Internet as, “a big distraction” and once was quoted as telling Yahoo! to, “prick up your ears and go to hell.”

Despite being somewhat uncomfortable with the mantle of sci-fi, he won numerous awards in the genre and was a frequent attendee at conventions. In 2004, he received the highest award given to an individual artist in the U.S., the National Medal of Arts.

According to Wikipedia, the author had already chosen a final resting place in L.A.’s Westwood Village Memorial Park Cemetery. He apparently chose the inscription of the tombstone himself, perhaps reflecting what he believed to be his greatest accomplishment:

Thank you, Mr. Bradbury, for giving us your wonderful stories. 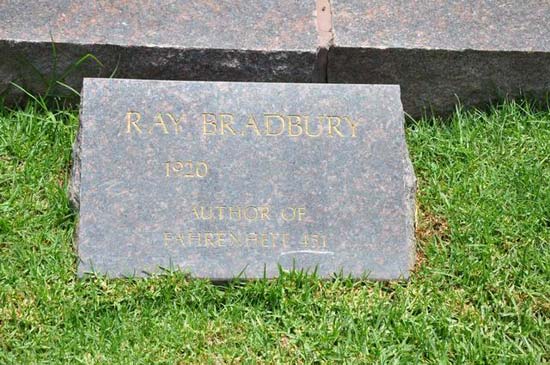 UPDATE: President Obama has released a statement on the Bradbury’s death. Here’s the text, from the DCist blog:

For many Americans, the news of Ray Bradbury’s death immediately brought to mind images from his work, imprinted in our minds, often from a young age. His gift for storytelling reshaped our culture and expanded our world. But Ray also understood that our imaginations could be used as a tool for better understanding, a vehicle for change, and an expression of our most cherished values. There is no doubt that Ray will continue to inspire many more generations with his writing, and our thoughts and prayers are with his family and friends.