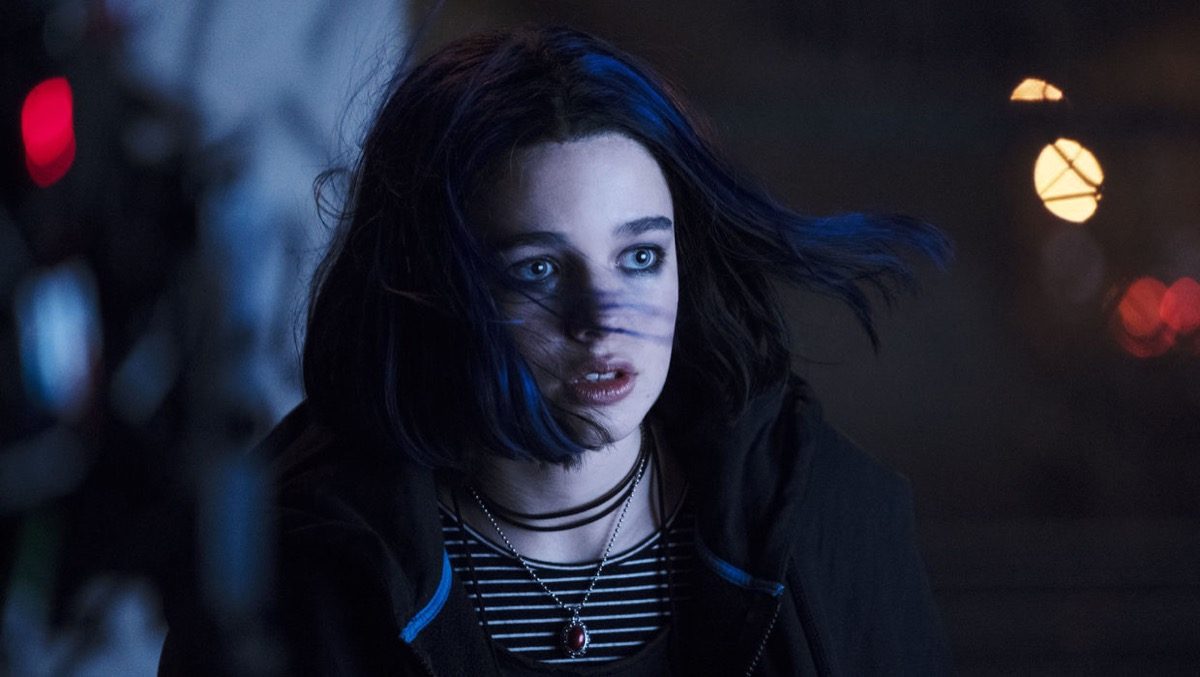 The biggest problem with DC Universe’s live-action Titans series, to me, is that it seems to lack a fundamental understanding of most of its characters. The only protagonist who I feel gets an accurate portrayal is Beast Boy, but even he gets a little warped from being stuffed into such a dark narrative, where a character like him was never meant to be. Everyone else on the team is vastly different than their comics counterparts. Of all of the poorly represented characters, the most infuriating is Raven.

The announcement of the show was initially really exciting—for about fifteen minutes. Fans of the animated Teen Titans were thrilled to hear that this team would get another chance, but then the first trailer came out, and things went downhill pretty fast. From the cheap-looking costumes and effects to Robin’s now-infamous expletives, Titans just looked like a mess.

There was a brief moment when the tides seemed to turn, after some folks who got to see the first episode of the show at San Diego Comic-Con last year seemed to like it. I remember reading articles about it at the time and being baffled. Titans wasn’t bad? What? It just seemed so improbable.

Regardless, I tried to go in with fair expectations and an open mind after reading accounts that it might not be the worst. I waited until the full first season was available on DC Universe, in part to give it its fairest shot. There would be no waiting around between episodes that would give me time to abandon the show without hearing it out to its end.

Now, I’ve seen all of the first season and can confidently say that, no, it is not a good show. To clarify, I do understand how some viewers could enjoy it. It’s got the dark sort of tone that works so well for a lot of popular shows, and the entire thing watches like a teen soap opera, and there’s nothing wrong with that. It’s bad television, but I can see how it might be entertaining.

But that can’t nearly make up for what it does with Raven.

Known by her alias, Rachel Roth, on Titans, Raven is probably one of the most powerful characters in the DC pantheon. This is really cool because she’s most often depicted as a kind of moody teenage girl, and to allow her that, as well as her large collection of powerful abilities, is something that comics should be doing a lot more of across the board.

That she is so often misused is hugely disappointing. Really, the only consistent facts about her are these: her mother was human, her father is the interdimensional demonic warlord Trigon, she is very powerful, and she is prophesied to unwittingly help her father destroy the planet. Hers is one of my favorite stories in comics, but it so rarely does Raven justice.

While inconsistent characterization is pretty par for the course within comics, the truth of the matter is that Raven is more often a plot device than a character. She’s regularly used to get Trigon onto the scene, and whatever happens to her before and after that event is malleable. Titans carries on this time-honored tradition perfectly—their interpretation of Raven is nearly unrecognizable.

Titans seems to have taken all the worst parts of every version of Raven and dialed them up to eleven. What we’re left with is a literal uncontrollable demon child with a heavy dose of religious horror and only a passing resemblance to any Raven from any continuity. Her solo titles have been increasingly religion-based recently, while she lives with her very Christian aunt, but Titans brought this to a whole new level. 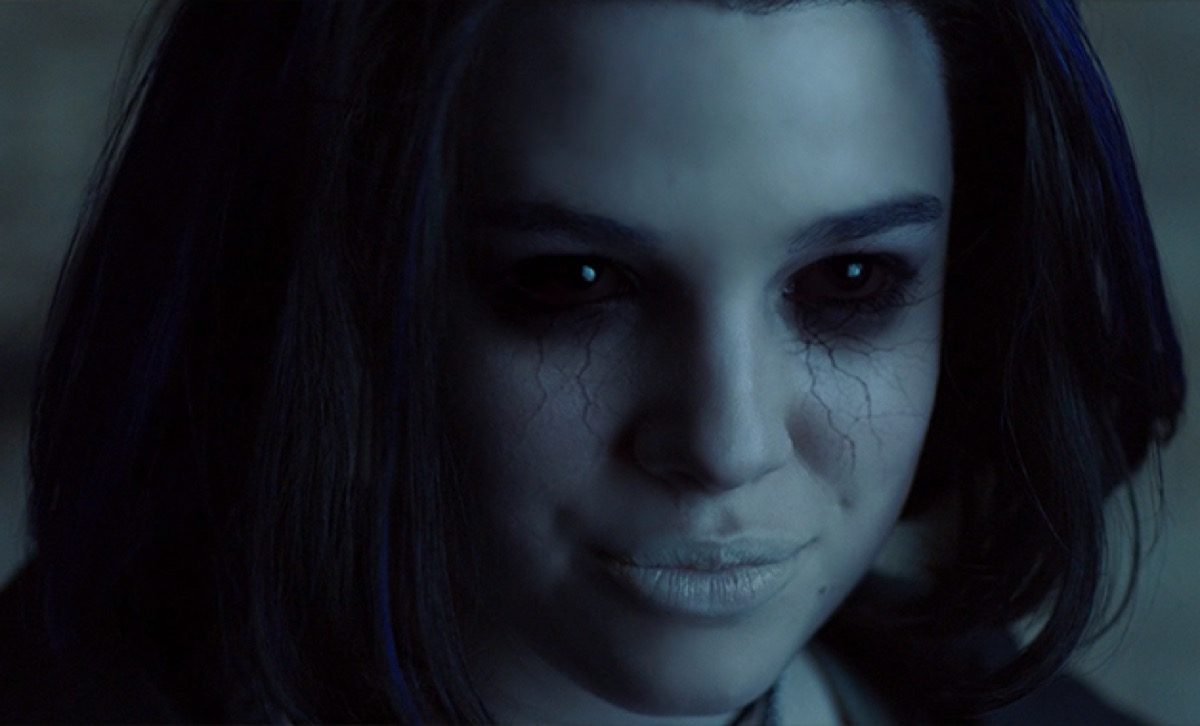 Gone entirely is the peaceful Azarath where she was raised, swapped out for a pretty creepy convent. She also seems to contain an actual demonic version of herself, one who spits insults and bloodlust at her from every reflective surface she passes.

Additionally, the Raven of the comics and previous shows has a huge arsenal of superhuman abilities based on inner balance and her control over her emotions and darker impulses. In this new version, all of that is replaced by a smoky, bubbling darkness that erupts from her mouth and seems to dish out death and not much else. Within the first few episodes, this teenage girl has murdered several people with varying levels of necessity, if such a thing exists. Frankly, everything about it is messy and hard to watch.

As the season wraps up, we of course get the traditional betrayal of Raven’s worth. Trigon’s arrival is approaching, and the cult-like villains are getting meaner. In fact, the cult-like allies are also getting meaner. At one point, several nuns lock Raven up in the convent she was apparently raised in to prevent her from communicating with Trigon, and maybe to die; it’s sort of unclear. Now, I don’t know much about convents, but this doesn’t seem very nun-like to me.

Trigon, of course, does appear, stepping out of a mirror as the result of a very bloody and ritualistic series of events, and he’s just a guy, a perfectly normal looking white dude—no blood-red skin, no horns, and a completely normal height and number of eyes. It couldn’t be more obvious that the show is repurposing this narrative for its own tone and aesthetic, and that doesn’t have to be a bad thing. What makes it a bad thing is that they tore out decades of established canon, removed the core of a beloved character and an interesting conflict, and presented this entirely different thing under the same name.

At its best, Raven’s narrative is that of a teenage girl finding her worth after a traumatic upbringing and a learned sense of self-hatred. She becomes independent and powerful and learns to trust herself. She finds a new family and home where she can relax, and where she can ask for help without feeling judged or hated. With the help of her new family, she defeats her old one.

It’s a little on-the-nose, but the message can be strong and important when it’s well done. Instead of that, Titans cashed in on the popularity of religious horror in movies and video games, and turned Raven into a cheap dispenser of spooky scenes and terrible fathers.

It’s a fate worse than she usually gets, and that’s saying something. We can only hope that season two takes her, and all that she has to teach her audience, a little more seriously.