The $25 PC, the Raspberry Pi, is On Course for a January Release, So Start Saving! | The Mary Sue

The $25 PC, the Raspberry Pi, is On Course for a January Release, So Start Saving! 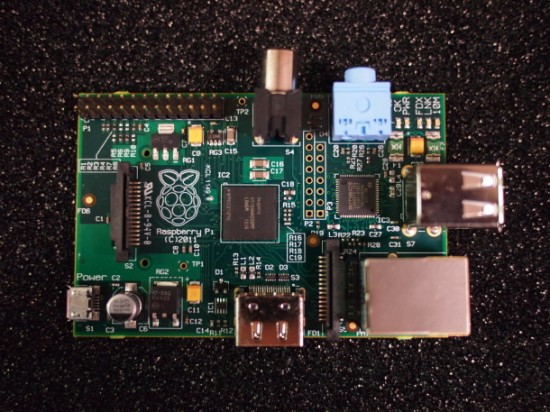 The $25 PC, the Raspberry Pi, is on course to release in January, a little too late to be considered a holiday present. The tiny little guy runs Linux on an ARM processor, and comes complete with USB, an SD card slot (something my $999 year-old MacBook doesn’t even have), and an audio and video out. A bit humorously, the $25 Raspberry Pi will launch with two configurations, a $25 model and a $35 model, with the $35 model doubling the RAM to 256 MB and adding an Ethernet port.

Along with these two configurations, the Raspberry Pi creators have also announced the “Gertboard,” a small attachment to the Raspberry Pi that will flash LEDs, drive motors and run sensors, among other things. With the existence of the Gertboard and the $35 version of the Pi, one wonders just how expandable the Pi will eventually become, if it doesn’t simply begin launching in various flavors, getting more and more expensive as features are added. However, considering the $25 computer only jumped up to $35 for a better version, one can assume the Pi won’t be subject to evil price gouges.

Now, if they can just figure out how to get a huge, but somehow portable and cheap flatscreen monitor to go with it.