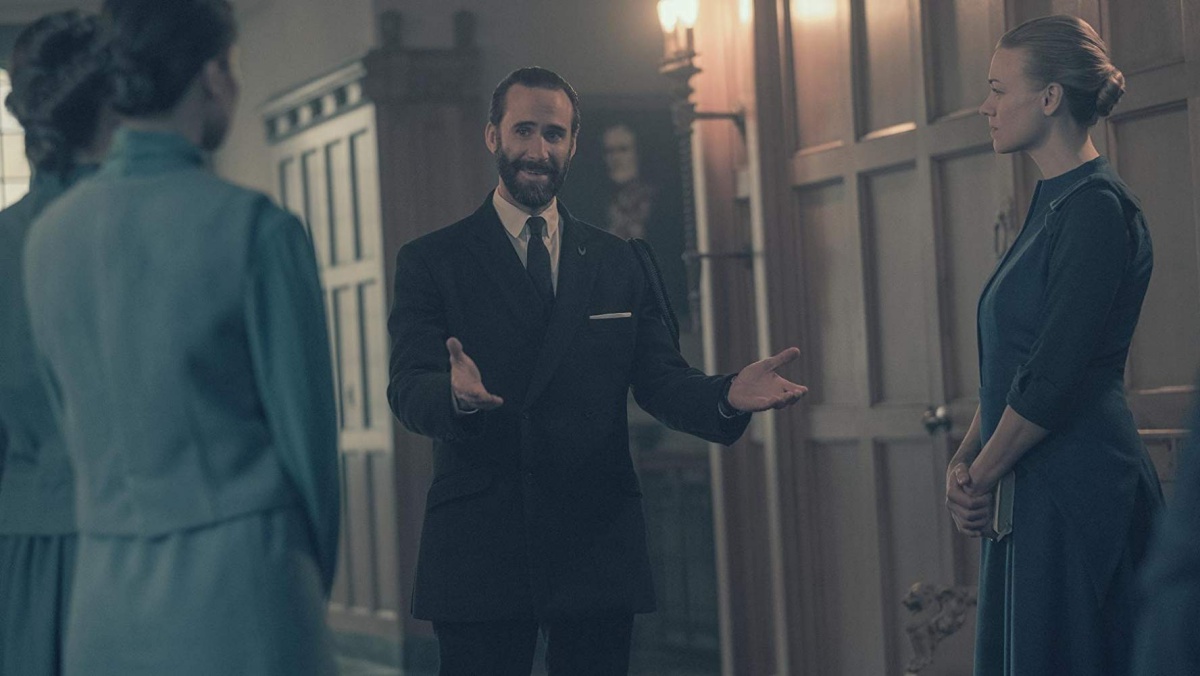 The second season of The Handmaid’s Tale has been a mixed bag for many. While some episodes were very powerful and moving, others tried to humanize Serena Joy more than necessary and seemed to present certain moments as trauma for trauma’s sake. In a series all about women and their bodily autonomy being ripped away from them, it’s no surprise that this is the case, yet it’s the way that some of the violence against women is treated as a narrative punch in the gut, on top of all the stomachache that already comes along with watching the show, that makes it feel gratuitous.

One example of an attempt at this kind of gut punch was supposed to come in episode 9, where Joseph Fiennes’ character, Fred Waterford, was originally scripted to rape his wife, Serena Joy, after being confronted in Canada by angry protestors, including the husband of their Handmaid, Offred/June.

“I guess in many ways, as abhorrent and nasty and evil as Fred is, I have to defend parts of him,” the actor said to EW TV critic Kristen Baldwin. “In episode 9, we had a moment where Fred was going to rape—after meeting Luke—rape Serena in a hotel room straight after, and it just didn’t track for me. I had to go out on a limb and refuse to do it because I felt that even though Fred is who he is, he’s human. And I think that he would be reeling from the interaction with Luke, and that suddenly the reality comes face to face with him and he would be digesting that and trying to understand it, and he wouldn’t necessarily be switched on by being in Canada in a new hotel and trying to heavily persuade his wife to do something that she wouldn’t want to do.”

As a result, Fiennes had to express why he didn’t want to do it in “long emails and defending and pushing, and feeling that Yvonne had tracked Serena so beautifully that her disenfranchisement with the regime and Fred was so beautifully charted it didn’t need a heavy scene to kind of suddenly push her over the edge.”

The actor called this attempt at a rewrite “battling for human nuance within a very dark character.”

And honestly, it says a lot that when you rewatch the episode, it seems absurd that there would be a rape scene in it. The episode “Smart Power” has Serena Joy’s character confronted with all of the rights she has given up in order to allow Gilead to flourish, including her right to read or write. She’s even confronted with a man who offers to take her away from Gilead, but she says that she would never “betray her country.” While the episode reinforces conflicts within Serena Joy that had been long established, and eventually “pay off” in the finale, a rape in this episode would have been over the top.

I’m glad Fiennes put a stop to it, even though I disagree with his analysis of why. In the end, it’s a reminder that rape used to break down a woman who is evil is often tacky, unnecessary, and when removed, never missed.