Why Does Rand Paul Keep Trying To Come for Dr. Fauci? It Never Goes Well for Him. 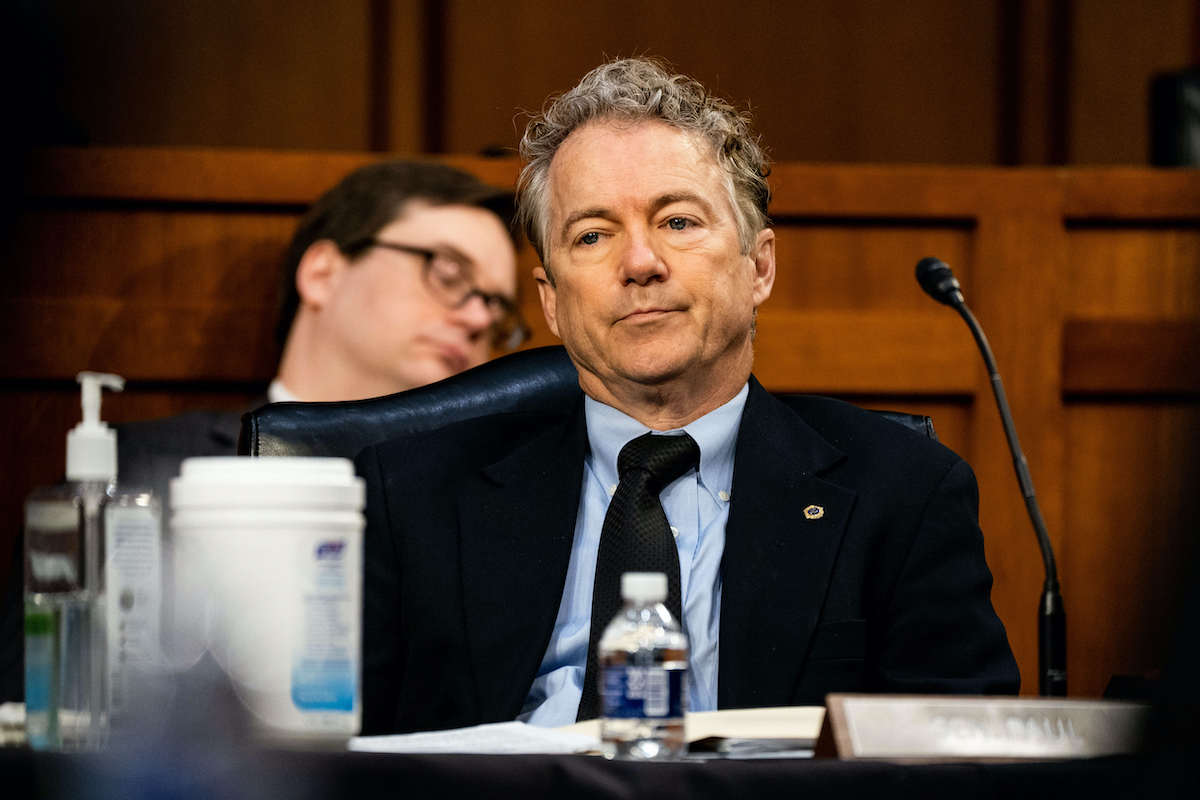 Rand Paul has once again tried to position himself as Dr. Anthony Fauci’s biggest nemesis, and once again, he ended up looking ridiculous.

Paul was the first U.S. senator to test positive for the coronavirus but that doesn’t mean he’s taking it seriously. He—an uncertified ophthalmologist—has repeatedly tried to undermine Fauci’s expertise, attempting to science-splain the pandemic to the nation’s top expert on the subject. He’s contradicted Fauci on everything from school reopenings to herd immunity and in a Senate committee hearing Thursday, he brought out one of his classic hits: masks.

Paul doesn’t understand why the official recommendation is for people to wear masks, even after they’ve been fully vaccinated, calling it “theater.”

Sen. @RandPaul: “If we’re not spreading the infection, isn’t it just theater? You have the vaccine and you’re wearing two masks, isn’t that theater?

Dr. Anthony Fauci: “Here we go again with the theater. Let’s get down to the facts.”

“Here we go again with the theater,” Fauci replied. “Let’s get down to the facts.”

The facts, as Fauci states them, are that Paul has no idea what he’s talking about. The studies that Paul tries to use as his gotcha evidence “specifically say” they don’t support his own takeaways. Moreover, giving the mutations and the variants of the virus that we’ve seen spring up worldwide, the claim that “everybody agrees” that vaccination equals guaranteed immunity is just plain wrong.

Paul continued to insist that because no one has died in the U.S. after being vaccinated, that’s proof that vaccination eliminates all risk and masks are useless. “You’ve been vaccinated and you parade around in two masks for show,” he said to Fauci.

Dr. Fauci is an expert at remaining calm, even when he is clearly burning with rage inside, and we rarely see him appear to be angrier than when he has to speak to Paul. No matter how many times he explained the difference between the “wild type” of the coronavirus and its variants, Rand Paul wasn’t hearing it.

After Paul’s time ended, committee chairperson Sen. Patty Murray asked Fauci to explain what he was trying to get through to Paul. It’s really not that complicated. A vaccine against the original form of the virus (its wild type) offers “a certain level of antibody that’s specific for a particular viral strain” with “some spillover immunity” for variants, but that spillover is severely diminished.

Variants are popping up in the U.S., although they are fairly new. That’s why, as Fauci told Paul, there aren’t the full published studies Paul was demanding, to prove that people could become infected and even die after being vaccinated. In no way does that mean people aren’t at risk of becoming infected with variants.