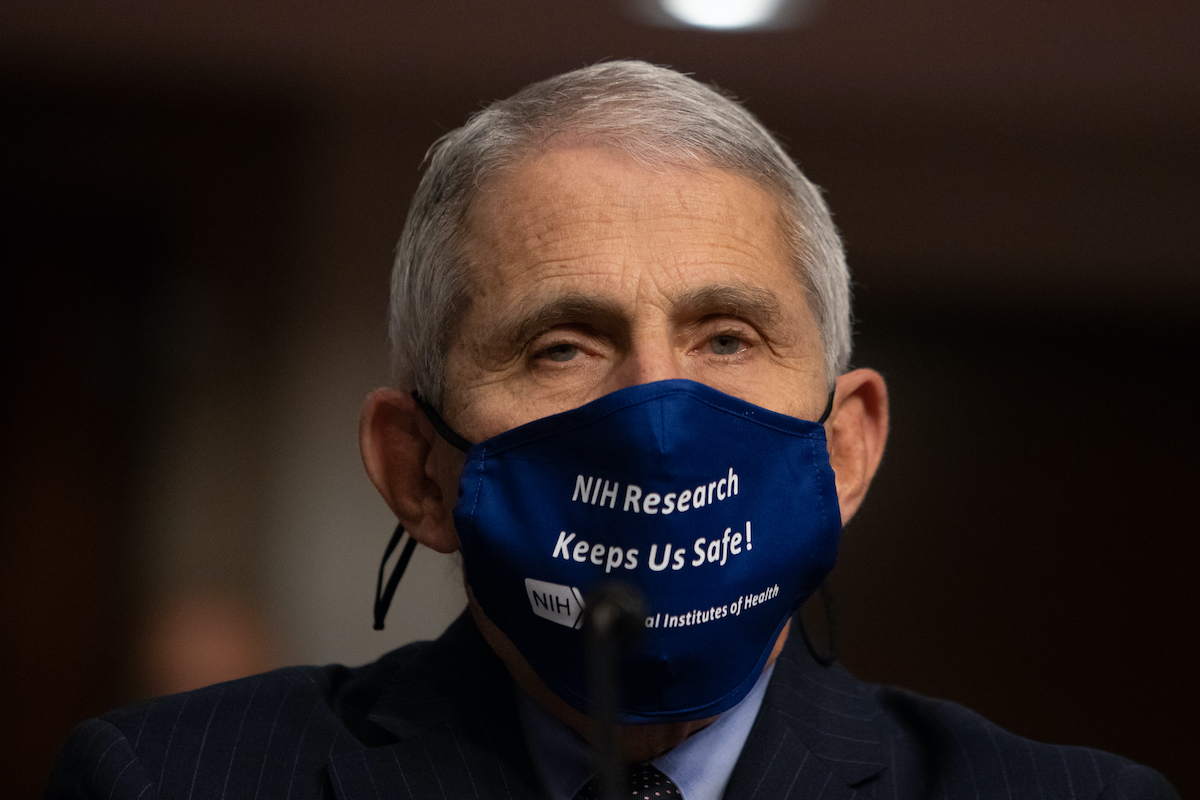 Dr. Anthony Fauci, the director of the National Institute of Allergy and Infectious Diseases, testified before Congress Wednesday along with Center for Disease Control director Robert Redfield.

The two were updating Congress about the COVID-19 pandemic in the United States, specifically about the progress of a possible vaccine. But when Senator Rand Paul got his turn for questioning, he had a different focus: telling Dr. Fauci he’s wrong about things.

Paul–who was the first Senator to contract the virus back in March, after delaying a bill for COVID-19 relief–asked Fauci if he had any “second thoughts” about the guidelines he’s been promoting, from face masks to social distancing, since our mortality rate is so high. By Paul’s reasoning, that means those guidelines must not work, not that, say, they’ve been implemented wildly unevenly in states and cities across the country.

Paul specifically called out New York and Fauci’s praise of the way the state has handled things.

I don’t think Fauci’s been doing much jumping up and down during the pandemic, and he was quick to let Paul know he’s full of BS.

“You misconstrued that, Senator. And you’ve done that repetitively in the past.” — Fauci is out of patience with Rand Paul pic.twitter.com/6xRoO19ZYL

“No, you misconstrued that, Senator,” Fauci said, adding, “and you’ve done that repetitively in the past.” His tone may have been professional but it was clear that he’s not having any of Paul’s nonsense.

“They got hit very badly, they made some mistakes,” Fauci continued. “Right now, if you look at what’s going on right now, the things that are going on in New York, to get their test positivity to 1% or less, is because they’re looking at the guidelines that we have put together.”

We know Paul loves to play fast and loose with actual facts, which I guess is why he thinks he knows more than the experts.

“Or they’ve developed enough community immunity that they’re no longer having the pandemic because they have enough immunity in New York City to actually stop it.”

“I challenge that, Senator,” Fauci replied, and Rand tried to interrupt him but Fauci insisted on being able to respond “because this happens with Senator Rand all the time.”

“You are not listening to what the director of the CDC said,” he said. “If you believe 22% is herd immunity, I believe you are alone in that.”

“I believe you are alone in that” is soft-spoken medical professional code for STFU.

I don’t know why Rand Paul, an uncertified ophthalmologist, thinks he knows more about virus immunity and public health safety than our country’s literal top expert on the subject, but it sure is fun to watch him get put back in his place.