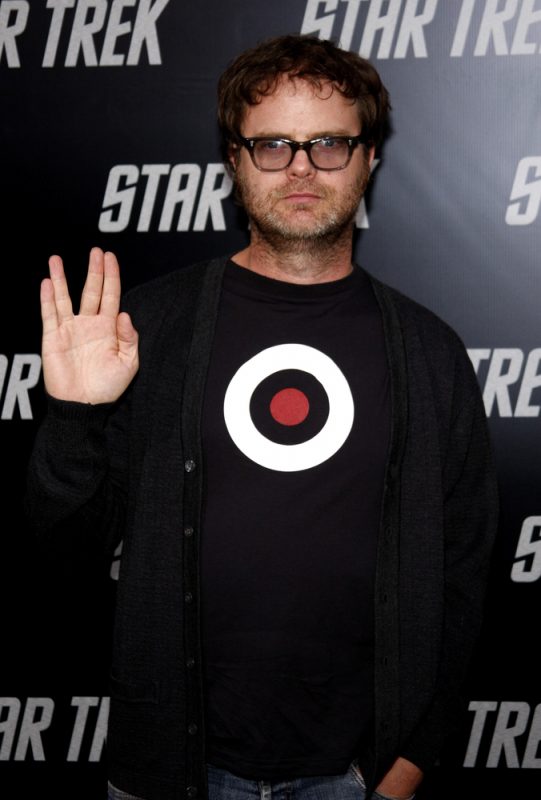 In Perfect Casting news, it was announced today that Rainn Wilson, whom you may best know as Dwight Schrute from the long-running comedy The Office, has been cast to play the popular Star Trek scoundrel, Harry Mudd. Can his women be far behind? (And will that episode ever be redeemed?)

As reported by TVLine, Wilson will be playing a younger version the recurring Trek character who is “described in the official description as an ‘intergalactic criminal’ and ‘charismatic conman.'”

Mudd, originally played by Roger C. Carmel, has appeared several times throughout the franchise. First in the (totally sexist) Original Series episode, “Mudd’s Women,” then in the much better episode, “I, Mudd.” He even made an appearance in the Star Trek animated series called “Mudd’s Passion,” with Carmel voicing the character he made famous.

While I am all about creating new characters and new adventures, I think that the familiar characters they’re choosing to include on Discovery are intriguing, and make a lot of sense. How did Harry Mudd get to be the criminal we came to know after Original Series Trek? It seems we’re about to find out.

What do you think of the inclusion of characters like Mudd and Sarek on Star Trek: Discovery? Let’s talk Trek below!

(via io9, image via Shutterstock)