Rainbow Toad Rediscovered In Malaysia After 87 Years | The Mary Sue 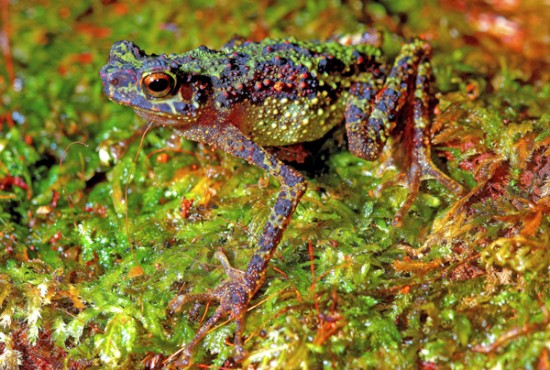 The Bornean Rainbow Toad (Ansonia latidisca) has been rediscovered in Malaysia. The toad, which is listed as an endangered species by the International Union for the Conservation of Nature, hasn’t been seen by humans since 1924. After an 87 year hiatus, many believed the toad had perhaps gone extinct.

The toad was spotted and photographed by Indraneil Das of the University of Malaysia, Sarawak. The toad is endangered due to the loss of its natural habitat due to logging. It is also highly prized as a pet due to its amazing rainbow coloring. Because of this, Das has not released the exact location where he spotted the toad to prevent people from going after them.

Das has experience finding rare amphibians. He also found Malaysia’s smallest frog, roughly the size of a pea, in what he says is the same area last year.