I didn't realize I needed this until today 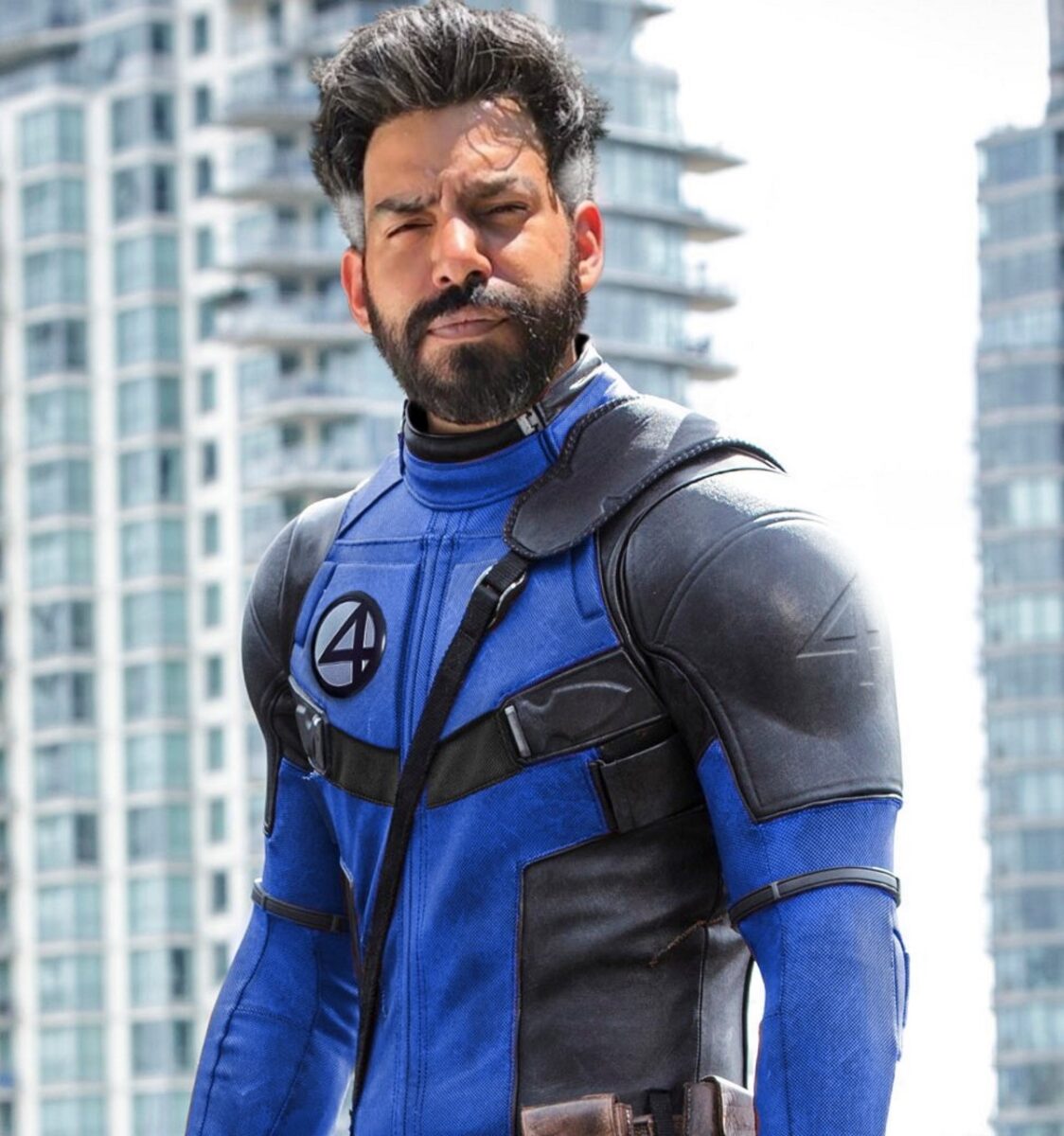 Let me start by saying how late I was in boarding the Rahul Kohli train, but listen, after binge-watching The Haunting of Bly Manor, I am fully seated and ready to embrace this man. Choo choo!

So you can imagine my pterodactyl screech when I saw this photoshop of him as Reed Richards, right?

Created by artist and voice actor Phillip J. Woodward as a birthday gift to the actor, Woodward says in the tweet that they’ve been leveling their photoshop skills over the last year and a half. Um… I’d say they’re doing a good job. I know this isn’t a gift for me personally, but I hereby accept this headcanon that’s come across my timeline. Give me incredibly distinguished, POC Reed Richards, please and thank you.

I’ve been leveling up my Photoshop skills over the last year and a half and figured I would make a new image of @RahulKohli13 as Reed Richards from The Fantastic Four. Happy birthday good sir! pic.twitter.com/7NQQGOPdE4

Rahul Kohli had this to say in response:

Right there with you, buddy!

Now I’m not the most dedicated comic book reader in the universe (I’m slooooowly gaining momentum in that area) but I have been enjoying the Marvel movies since before there was an entire universe of connected movies. In fact, my introduction to Marvel was through all the 90s cartoons, so I was excited to see the transition to live-action feature film.

And … well … the Fantastic 4 have been having a rough go of it.

Now that Disney has acquired 21st Century Fox, there’s been a lot of speculation over what’ll happen to the Marvel properties Fox owned, namely, X-Men and Fantastic 4. This increased tenfold when Jonathan Majors was announced for Ant-Man 3 and the possibility of him portraying Kang the Conquerer. While I’m nowhere near comic savvy enough to know the full impact of that, our very own Rachel Leishman is.

I can get excited from a Young Avengers perspective since I devoured those books like Halloween candy sales on November 1st (yes, the LGBTQ+ content got me, what can I say I like being positively represented in media). However, according to Rachel, this could also be the perfect segway to Fantastic 4.

I know it’s just a photoshop job and wishful thinking, but Kohli looks like he was made for the role in the picture. After watching his portrayal of Owen in Bly Manor I fully welcome the idea of that kind of patient, warm, lovable man leading a team of heroes. After all, the Fantastic 4 are often referred to as Marvel’s first family, so why not let Kohli take the characteristics of Owen and make them superpowered?

Reed Richards is more than a genius, he’s a father figure, and Kohli could pull that off. Imagine, in the next phase of Marvel movies, we get a POC leading a family unit on heroic adventures. If the franchise really does develop from Ant-Man 3 it’d be the perfect tie in, not just with the possible villain, but with Scott Lang also being very family-driven thanks to his daughter.

Or maybe I just want a scene with Paul Rudd and Rahul Kohli shooting the shit about their family dynamics. Just the thought of Rudd’s reactions to Kohli explaining the ongoings of the Baxter Building as Ben Grimm and Johnny Storm share the same space makes me giggle.

I do have one more request in my ongoing Reed Richards headcanon: please let Rahul Kohli have a less tragic romance this time? I’m still not over Bly Manor.