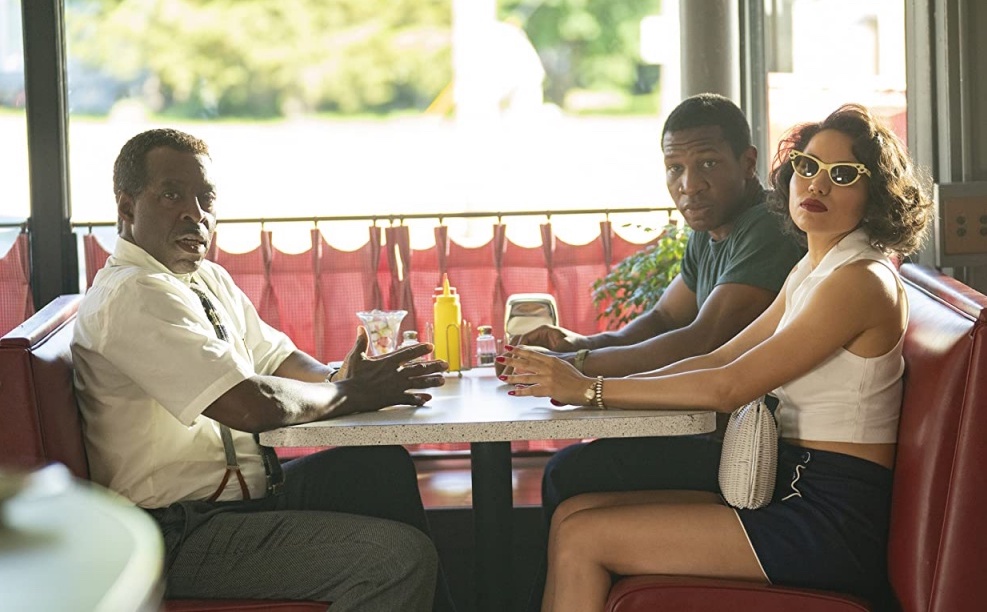 HBO’s Lovecraft Country premiered last night, and it was a cornucopia of horror, tension, and microaggressions. There were so many moments where I was quaking with anxiety because the only things scarier than Lovecraftian horrors are actual racists.

The pilot episode has several allusions to the titular monsters of H.P Lovecraft, as well as other pulpy stories like The Princess of Mars by Edgar Rice Burroughs. However, the one I wasn’t familiar with was a particular poem by Lovecraft with a racist title: “On the Creation of Niggers.“

“On the Creation of Niggers” was a poem written by H. P. Lovecraft in 1912, years before he would have published “At the Mountains of Madness” and many of his well-known horror novellas. The poem goes thusly:

When, long ago, the gods created Earth
In Jove’s fair image Man was shaped at birth.
The beasts for lesser parts were next designed;
Yet were they too remote from humankind.
To fill the gap, and join the rest to Man,
Th’Olympian host conceiv’d a clever plan.
A beast they wrought, in semi-human figure,
Filled it with vice, and called the thing a Nigger.

In the show, Atticus Freeman (Jonathan Majors) recounts how his father, Montrose (Michael K. Williams), made him memorize the poem after catching his son reading another Lovecraft story. His father had hoped that it would make young Atticus stop reading the works of a racist. This comes up early in the episode when a woman asks Atticus about the book The Princess of Mars by Edgar Rice Burroughs, and Atticus brings up that the lead in that book, John Carter, is an ex-Confederate soldier.

Much has been made about the story of Lovecraft Country, both the book and its adaptation, using Lovecraft as the jumping-off point to tell a story about Black Americans in the Jim Crow South. The reclaiming of Lovecraftian horror while addressing the fact that the author himself was a racist has been something sci-fi/horror fans have struggled with for a long time. As someone who adores that world, learning about this poem did give me pause—not because of any moral reason, but just being taken aback that someone hated my existence as a Black person so much that they wrote a poem calling our creation the link between man and beast.

As the show continues, I have no doubts more moments like this will continue, and I hope that those who are always quick to say “I just separate the art from the artist” can understand how hard it is to do that with Lovecraft, at times, because the monsters he creates are based on his fears about The Other—fears of people who look like me and other BIPOC.

That is horrific to think about and to be reminded of, but it is always necessary.