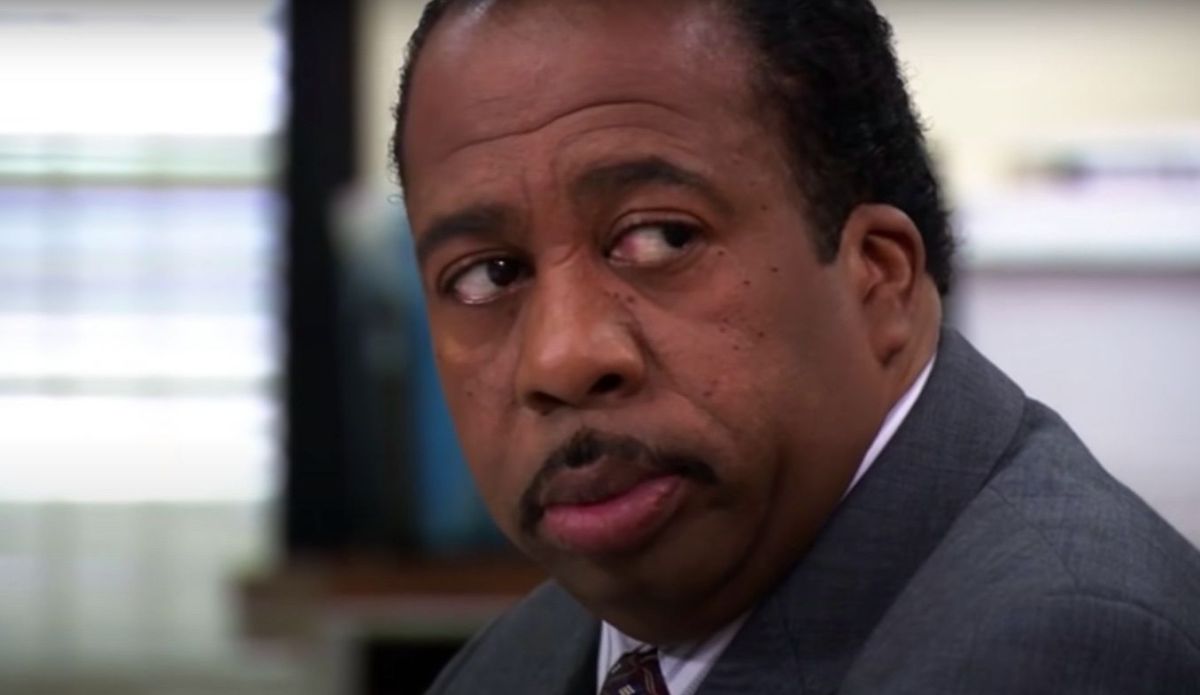 Stanley Hudson is easily one of the best fictional characters around. Brought to life by Leslie David Baker on The Office, he’s the kind of grump that we just can’t help but love. Recognizing that love for the character, Baker was planning on bringing Stanley Hudson out of retirement for a new show!

Baker started a Kickstarter to get a series called Uncle Stan off the ground and bring our favorite curmudgeon back to our lives. The Kickstarter (one I backed myself because I do want one of those pins and more Stanley in my life) has now reached its goal and promises fans gifts based on the amount of money pledged—a common aspect of Kickstarters and is a great way to get something made. The animated film Hair Love, which just won an Oscar, was also started this way, and it helps fans get the projects they want to see up and running without waiting for bigger financial backers to see their value.

But Baker has now been subjected to racist messages from people who reject the idea of him using a Kickstarter to get the pilot filmed.

For those of you who don’t believe racism is still alive in the world… here’s the proof. Our goal has simply been to entertain and give the fans a quality series. These rants are evidence that there is still a great deal of work that needs to be done here in America regarding racism. Bigotry and hate will not be allowed to irradicate art or Black people. Enough said.

Not only is a Kickstarter a completely normal way to get something financed, but it’s also none of their damn business. If they don’t agree with Baker’s strategy, then they can keep their racist opinions to themselves. The fact that these messages threw racial slurs around and one user had a handle of “fuhrerjeremy” when he sent the messages shows how absolutely disgusting they are.

Baker posted the screenshots with a heartbreaking caption about the racism still running rampant throughout the United States (and the world, for that matter):

For those of you who don’t believe racism is still alive in the world… here’s the proof. Our goal has simply been to entertain and give the fans a quality series. These rants are evidence that there is still a great deal of work that needs to be done here in America regarding racism.

I would say both “fuhrerjeremy” and Kornél Farkas should be ashamed, but being that racist and unashamed of it shows the kind of people they are. Leslie David Baker and Stanley Hudson deserve our love and support. I’m so happy that Baker is trying to bring Stanley Hudson back to us, and I’ll gladly give my money to a spinoff of The Office because that show has brought us all so much joy, and I’m beyond heartbroken that Leslie David Baker has to deal with messages like this.

Let’s all send him our love, and I cannot wait to see where Uncle Stan takes us!