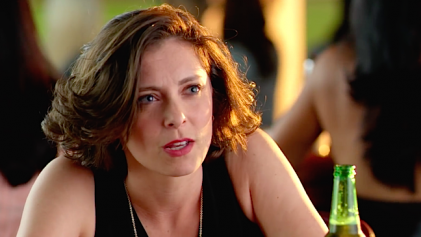 Rachel Bloom’s had it with those ridiculous casting calls actresses have to deal with while working in Hollywood. They’re always written with the male gaze in mind—women are often (though not always) described in male gaze-centric physical terms first, e.g. “beautiful,” “thin,” and “sexy and knows it.” Bloom recently posted a fine example on Instagram for an unnamed production:

I’m still on the email list for casting notices from Backstage. Here’s a little taste of what it’s like to be an actress searching for your next job.

See what I mean?

So Bloom did something pretty darn fantastic: she flipped the casting calls on their heads. She took some of the male characters on her show, Crazy Ex-Girlfriend, and wrote up casting call descriptions for them in the male gaze style. Honestly, the results are priceless.

Here’s the casting breakdown for the male characters of #CrazyExGirlfriend written with a male gaze. pic.twitter.com/LaQMnnMaOy

We’ve spoken at length about how Hollywood does a lot of little things to make the television and film industry a little less welcoming to women. The language used in these casting calls are a small—though significant—example of one of those things. If this is the barrier, if this is what women have to look forward to in even thinking about becoming an actress, then one is left wondering why they should even bother. What’s more, this language belies what Hollywood actually thinks of women; if one does not fit into any or enough of these boxes, then it’s like being told you just don’t exist or belong on screen. You are not a woman, according to Hollywood’s standards. How messed up is that?

Bloom’s highlighting of this issue and her parody send-up are downright wonderful. Whether she’ll be able to open any eyes or change any minds … that’s another question entirely, I suppose.