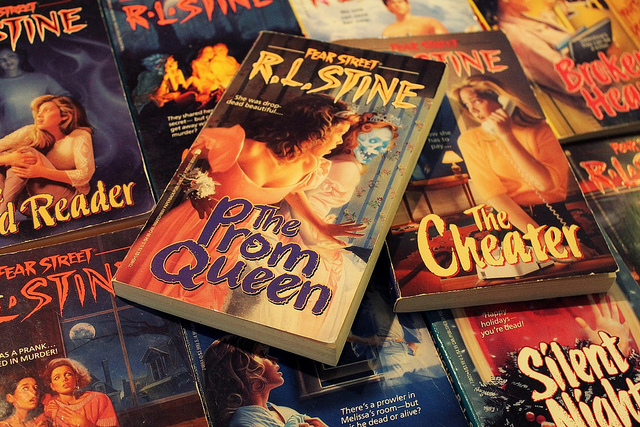 Scarer of children R.L. Stine recently did an Ask Me Anything, where he talked about his influences, Tim Jacobus’ book covers (fun fact: Jacobus would paint them at the same time Stine was writing), and more.

In the AMA, he reveals we have a lot to look forward to from the popular writer. There’s a Fear Street movie coming out next year, which, if you didn’t know, is kind of the older sibling of Goosebumps. He’s working on a new Goosebumps series and is excited for a potential movie sequel. But we already knew about those projects. Something we didn’t know was that the author has plans to start scaring you through comics soon. When asked whether he ever considered working in comics, he replied “I’m writing a series of comic books for Marvel– my first comics ever. But I’m not allowed to talk about them yet.”

While Stine is keeping quiet about what his comic will look like, we’re definitely intrigued. Will they channel the artistic style of his old book covers? Are they going to be child friendly-ish like Goosebumps or darker like his adult horror novels? We’ll just have to wait and see.

(via Comic Book Resources, Image via alain l’étranger on Flickr)