What Does Star Trek Into Darkness Have In Common With Princesses? | The Mary Sue

What Does Star Trek Into Darkness Have In Common With Princesses? 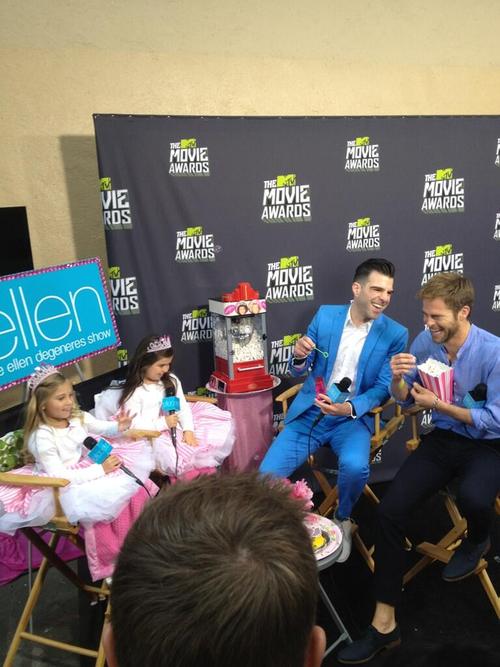 So much wonderful in this photo, it doesn’t even need to be explained. In other news, Zachary Quinto and Chris Pine are counting the minutes until they can talk about Star Trek Into Darkness for real. “The good news is we’re about two weeks away from being able to actually talk about it,” Quinto told MTV, with Pine adding, “It’ll be nice not to have to lie anymore.”

Now, release the video from this interview ASAP, Ellen.