Let Bones drop an F-bomb and leave it at that. 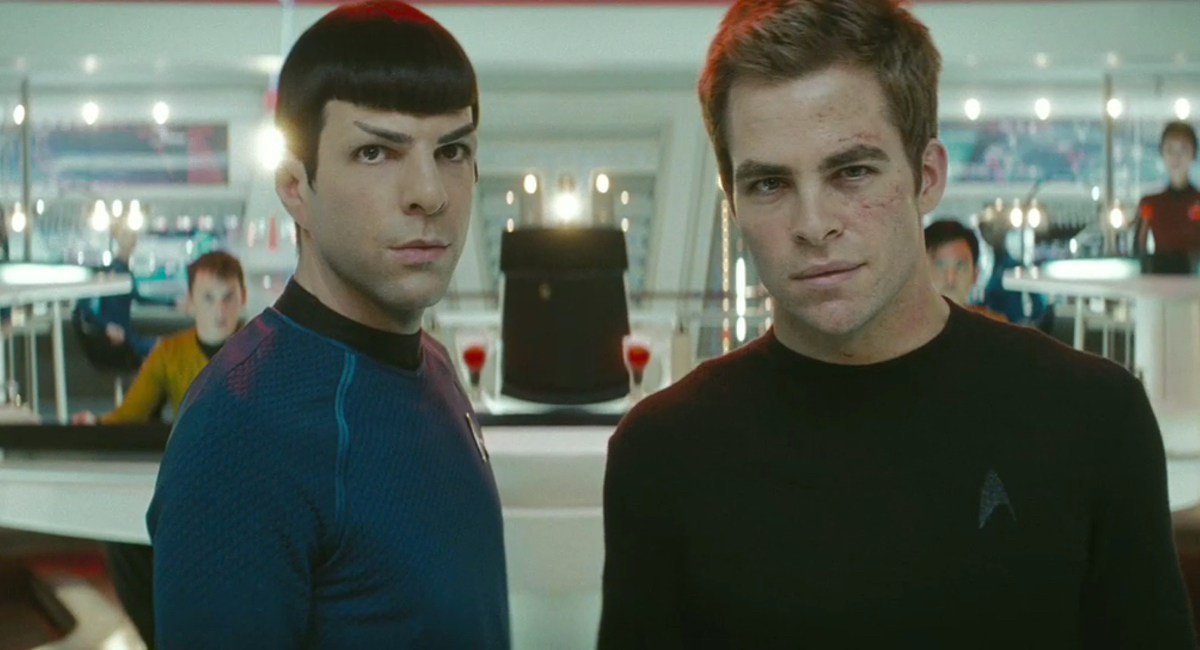 Another day passes without a proper announcement of a new Kelvin timeline Star Trek film and instead, the promise of a Quentin Tarantino-helmed Star Trek film looms over our heads. According to Empire in their print edition (as verified by ComicBook.com), Tarantino has given a hearty and resounding “Oh yeah! It’s an R-rated movie. If I do it, it’ll be R-rated” to questions about the rating of the film.

To which, I will reply, unless the only reason it’s rated R is because Bones says fuck at least three times, you can keep it.

We’ve had enough drama with the Kelvin timeline films—including Chris Hemsworth walking away from a potential fourth film because the story wasn’t right—that the last thing we need is a Tarantino film that is more about the graphic violence of space travel than it is about the characters.

I don’t want shots of Uhura walking barefoot interspersed with Kirk graphically murdering Klingons. We don’t need to see a lot of gore or violence to drive home the intensity of interstellar adventures. That’s not really what Star Trek is about.

Star Trek is about hope. It’s about exploration and finding the right way to do things, not the easy way. It tells us how we can be better, how we too can find peace among the stars. That thematic line doesn’t seem to line up with any of Tarantino’s previous work, so unless he proves me seriously wrong, this film won’t necessarily capture the spirit of what makes Star Trek so good. It’ll just be The Hateful Eight but in space.

Also, not for nothing, an R-rated Trek film cuts out any audience under 18. Instead of having an-easy-to-watch PG-13 adventure which would generate more revenue, an R-rating excludes families and high school freshman out for a summer film. The box office won’t necessarily be as high with an R-rating, so that seems to miss the point of wanting these films to do better at the box office.

The cast seems excited about the project, and honestly good for them. I’m glad they get to work with a director they admire, even if Tarantino’s treatment of Uma Thurman and his response to female journalists means I personally do not admire him. But this just seems like a match made in hell. A Tarantino Star Trek doesn’t even sound like Star Trek. It just sounds like a bad SNL skit come horribly to life.

Maybe I’m just being a killjoy. Maybe the film will be the best Trek ever. But it doesn’t feel in line with Roddenberry’s vision. It feels like a desperate cash grab for a franchise Paramount has never really known what to do with from day one. As a Trek fan who fell in love with the series back in 2009, this just makes me sad and reminds me that I need to support the CBS streaming service’s Trek takes, since those seem closer to what Roddenberry intended for the franchise.