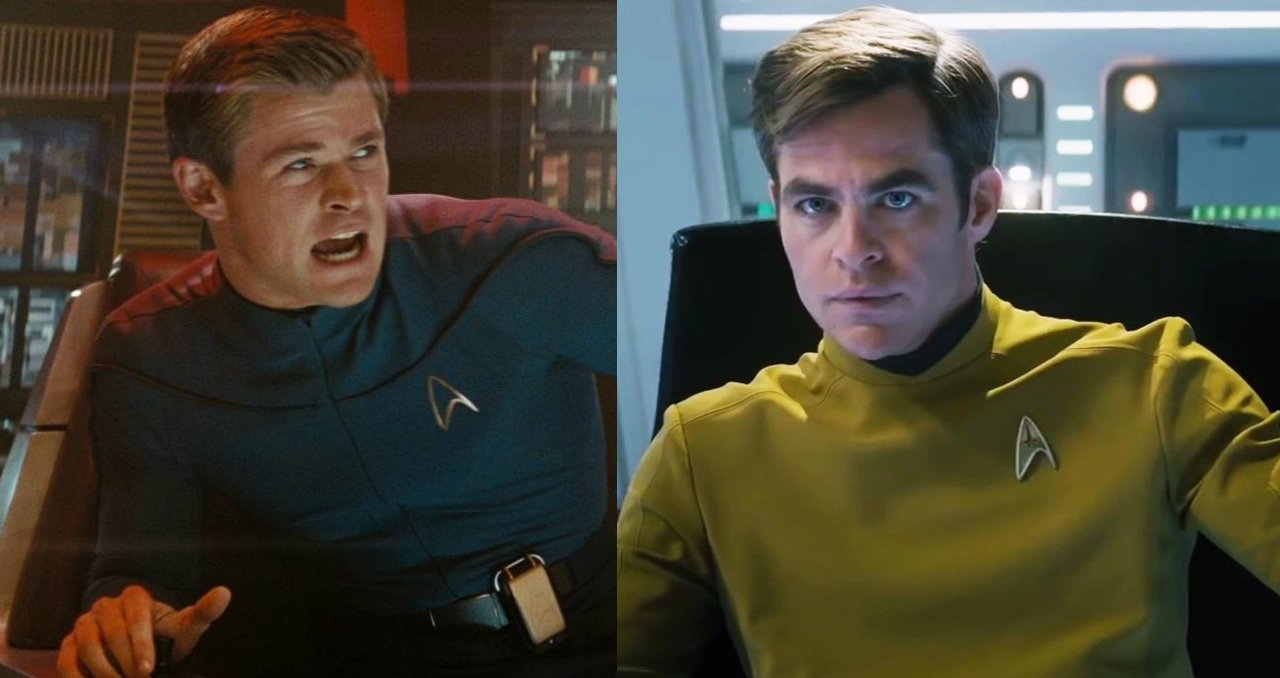 Back in August of 2018, Star Trek fans were in for a rude awakening: Chris Pine, who plays Jim Kirk, and Chris Hemsworth, who plays Kirk’s heroic dad who sacrificed himself in the first ten minutes of the 2009 Trek, were walking away from the series before the next installment, and Paramount said it was due to money. This painted both Pine and Hemsworth in an interesting light, as some found them to be greedy, while others defended their decision to get what was owed to them.

Hemsworth just gave another reason for walking away from the project, though, and the paycheck never came up. “I didn’t feel like we landed on a reason to revisit that yet,” he revealed to Variety. “I didn’t want to be underwhelmed by what I was going to bring to the table.”

That’s not the reason Paramount gave, but Collider outlined the reasons why that seems a bit more likely than Hemsworth or Pine being unwilling to take a pay cut. Star Trek 4 was always in a rather nebulous state, with multiple scripts in development. While the Tarantino Trek movie might not have been the plan for the fourth outing, Simon Pegg and his writing partner (who wrote Star Trek Beyond, which wasn’t a big hit commercially despite all the fan love) were working on one, and J.D. Payne and Patrick McKay were writing another.

Payne and McKay’s script was ultimately chosen in July 2016, days before Beyond hit theaters and underperformed. It’s worth noting that the writers’ original script for Beyond was thrown out, and Pegg was brought on to save the project; why they got a second chance at the franchise, I’ll never understand. The original idea was to involve some time travel so that Jim Kirk could meet his father, whose death has haunted him throughout the entire Kelvin timeline. Also, it would unite two of the Hollywood Golden Chris Trio, and Paramount undoubtedly hoped that Hemsworth would draw in bigger box office numbers.

The Kelvin films have been somewhat haunted, too, by the specter of leaving fans underwhelmed and (roughly in Hemsworth’s own words) revisiting things they had no reason to. Star Trek Into Darkness cast a dark shadow (pun intended) on the trilogy. They whitewashed Khan, one of Trek’s most famous villains. They introduced him when the stakes made no sense. They just replayed Star Trek: The Wrath of Khan but slightly remixed in certain ways.

J.J. Abrams, the director of the film, even said in a 2015 profile that “I found myself frustrated by my choices, and unable to hang my hat on an undeniable thread of the main story. So then I found myself on that movie basically tap-dancing as well as I could to try and make the sequences as entertaining as possible. … I would never say that I don’t think that the movie ended up working. But I feel like it didn’t work as well as it could have had I made some better decisions before we started shooting.”

The Kelvin films have always been a little “flying by the seat of your pants,” but Into Darkness nearly killed my interest in the series. It seems as though Paramount was heading into that same territory with the fourth film; multiple scripts and the actors feeling like they don’t have a reason to come back is never a good sign. I’d rather be content with Beyond and nothing else than watch a misfire that wastes one of the better reboot casts. Sometimes, to quote a far different project, dead is better.

The major downside to this is now we’ll never see Danai Gurira’s rumored character, and it will probably be another decade before a woman directs a Star Trek film, as S.J. Clarkson was slated to direct Star Trek 4 and has now moved on.

The Kelvin cast will ride again in a Quentin Tarantino-led film (which upsets me, but that’s a different story). Hemsworth will continue charming audiences as Thor and in Men in Black: International. Maybe it’s for the best that we never saw the hot mess that would have been the fourth film, or maybe we missed out on a Trek classic. Still, I’d rather wait for a good story than just see an excuse to get Pine and Hemsworth playing off each other.