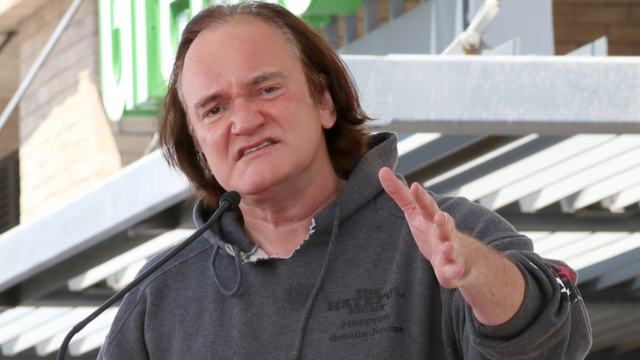 According to the Hollywood Reporter, Quentin Tarantino is currently lining up the cast for his next movie: a take on the real-life Manson Family murders of the late 1960s. Not much is known about the project, but he’s reportedly been talking with Brad Pitt and Jennifer Lawrence about coming onboard, and, most notably, in talks with Margot Robbie to play Sharon Tate.

For the unfamiliar, Tate was an actress best known for her work in Valley of the Dolls. She was married to Roman Polanski and eight months pregnant when she and four others were murdered in her home by a group of Manson’s followers in August of 1969. Her murder, like the others committed by Manson’s “family,” was extraordinarily violent, and threw all of Los Angeles into a frenzy. Manson was obsessed with celebrity status, as well as the idea of a “race war.” For all of these reasons, it’s easy to see why Tarantino is drawn to the material.

But it’s also the first time he’s choosing to work with real-life events, and for that reason, this is a little unsettling. Obviously, we don’t know what approach Tarantino will be taking, but we do have a couple of decades worth of examples to base some assumptions on. Tarantino’s brand of violence is famously so flamboyantly stylized as to border on the absurd. And when dealing with real tragedies, that’s more than a bit worrisome.

True crime is seeing a major heyday right now, and women typically make up a majority of the genre’s audience. And while stories of real-life murder can be enjoyed as entertainment, for most, the appeal is generally rooted in a respect for the victims. (Two notable examples: the podcast My Favorite Murder and the truly fantastic 12-episode series the Hollywood history podcast You Must Remember This dedicated to the Manson family.) Do we trust Tarantino to pay due respect to this sensational story?

These fears are magnified coming off of Hateful Eight, which many, even longtime fans of Tarantino, saw as overindulgent in both its violence and nostalgia–two elements that no doubt drew him to Manson–at the expense of the story. Valuing violence over story is dangerous when there are real people and real tragedy involved.

Again, we don’t know any details about the movie. Sharon Tate is said to be just “one of the stories” included. Given that Tarantino likes to make films about victims of violence seeking large-scale revenge, we don’t know who the central protagonist will be. (It seems unlikely that it would be Tate, unless he’s going to rewrite a lot of the history.) But Sharon Tate is only one of many very real people at the heart of the Manson Family murders. Obviously, we’ll wait to see what direction this heads, but personally, I’m hoping Tarantino moves forward with an appropriate degree of respect and caution.