Quentin Tarantino Had Some Awful Things to Say on Joe Rogan’s Show, From Harvey Weinstein on Down 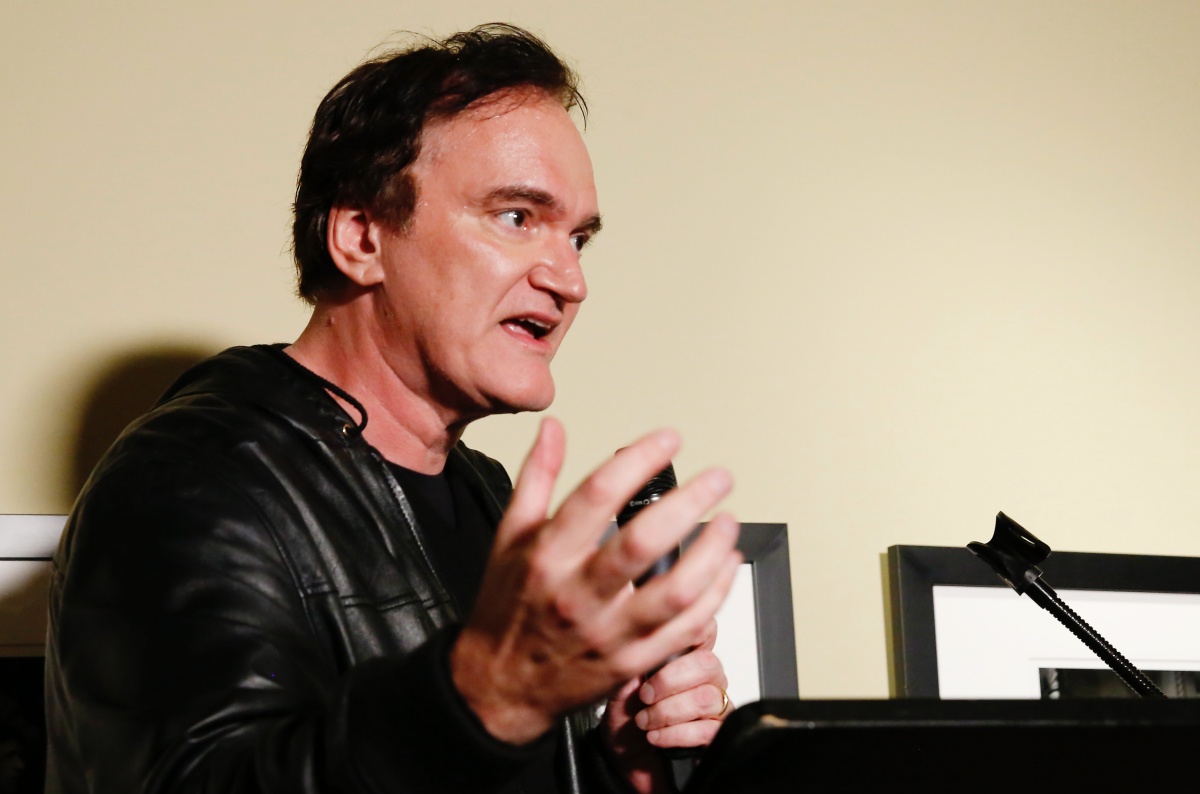 Quentin Tarantino decided to go to the safest place there is for a cishet white man, the warm embrace of the Joe Rogan Experience Podcast. There, he talked about a number of things from across his career, and being Tarantino, it started off okay, but man something about the lack of an editor really just makes the quality go sideways.

Fear Factor host Joe Rogan asked about Harvey Weinstein, who Tarantino was close to for many years and whom the director says was like a “f***ed up father figure,” according to a write-up by The Hollywood Reporter.

“I wish I had done more,” Tarantino told Rogan. “I wish I had talked to the guy. I wish I had sat him down and had the uncomfortable conversation. I didn’t know about any rapes or anything like that… but I knew he was like, you know… I chalked it up to the boss chasing the secretary around the desk… you know, he was making unwanted advances. That’s how I looked at it.”

“I wish I had talked to him. I wish I had sat him down and gone, ‘Harvey you can’t do this, you’re gonna f*** up everything,'” he added. “I don’t think anybody talked to him about it. And the thing about it is everybody who was in his orbit knew about it… They didn’t know any, probably they didn’t know anything about rapes. But they had heard things.”

It is very telling about how Tarantino described it as “the boss chasing the secretary around the desk” but says that he didn’t know about any rapes. The power imbalance between a boss and a secretary was treated like an expectation of what women should expect in the workplace. Tarantino knew that his “father figure” was inappropriate, but it was a “normalized” kind of harassment.

As a cis woman, I have always heard the “be careful what you wear” and “cover-up” warnings used as protection to make sure my body was protected. But it is not protection. It is putting the onus on the victims of harassment because their predators are “supposed” to be that way, and we have to fix it.

No matter what else Tarantino knew about, the fact that he treated those situations as par-for-the-course in Hollywood is an issue, and I can only hope he has come to terms with how that is harassment and part of a larger problem.

Tarantino also took the time to call out some criticisms of his work, and I’m going to get into two of them: Daisy Domergue and Bruce Lee.

Jennifer Jason Leigh’s character Daisy Domergue gets repeatedly beaten by Kurt Russell’s John Ruth in The Hateful Eight and it was called out, but according to Tarantino: “It’s bullshit.”

“There’s nothing that happens to her that couldn’t have happened to a man in that same situation. If instead of Daisy Domergue, it’s [David Carradine’s Boxcar Bertha train robber] Big Bill Shelly, a man who’s 250 pounds and a big Grizzly Adams beard, you wouldn’t think shit about Kurt Russell smacking him all the time. Well, I’m having it happen to a girl who’s just as bad as Big Bill Shelly because I’m not playing fucking favorites. It makes it a little harder to watch, but I’m down with it being a little harder to watch – good, it’s a fucking rough movie. It’s supposed to hurt. It’s like when it’s a Black family that runs the stage coach relay place and Daisy’s gang murders them all; having them Black makes it hurt more. Good, it’s supposed to hurt!”

Personally, I think The Hateful Eight is one of his worst films, but the reason I don’t care for the Daisy Domergue stuff is that it is all based on the idea that she is this terrible person who is deserving of that kind of treatment. Yet, we are only ever told that. We never see her be worse than anyone else, especially in a script full of terrible, hateful people. It doesn’t come off as gender-neutral violence because she is perpetually in a passive position. The narrative, as a film, never validates its premise or why we, as the audience, should see Daisy’s treatment as not just a man beating on a woman.

It is weird to have someone like Tarantino, who clearly can write dynamic women, not get that.

Then of course there is the Bruce Lee fight in Once Upon a Time in Hollywood, which a lot of people, including those who knew Lee, thought did a very poor job of handling the important figure.

Tarantino replied, “I can understand his daughter having a problem with it, it’s her fucking father, I get that. But anybody else [can] go suck a dick. If you look at it, it’s obvious Cliff tricked him, that’s how he was able to [beat him,] it’s explained a bit more in the book.” Tarantino then explained that in their best-two-out-of-three contest, Cliff let Lee win the first round to see what move he would use, and then he expected Lee to use the same move the second time, which he then successfully countered. “Stuntmen hated Bruce on The Green Hornet, it’s in Matthew Polly’s book … Bruce had nothing but disrespect for American stuntmen and was always hitting them. He was always tagging them with his feet and his fists and it got to the point where they refused to work with him.” Rogan then wondered what Lee might have said if asked about this allegation, and Tarantino said, “Ah, ‘They’re just not good enough. They’re pussies. I want to make it look real.’ But [stuntmen] don’t like that, that’s not professional … Cliff is a combat killer. He fought in World War II … if Cliff fought Bruce Lee in a Madison Square Garden martial arts competition, Cliff wouldn’t stand a chance. But as a killer who killed men in a jungle, he’d kill him.”

This just seems like a very limited understanding of why people were upset about the scene and, funny enough, many objected because it felt as if the scene was included to “humble” Bruce Lee, and in this statement, it seems like exactly what he was trying to do.

So, thanks for speaking the quiet part out loud.