Queer Eye Season 3 Brings Back the Waterworks | The Mary Sue 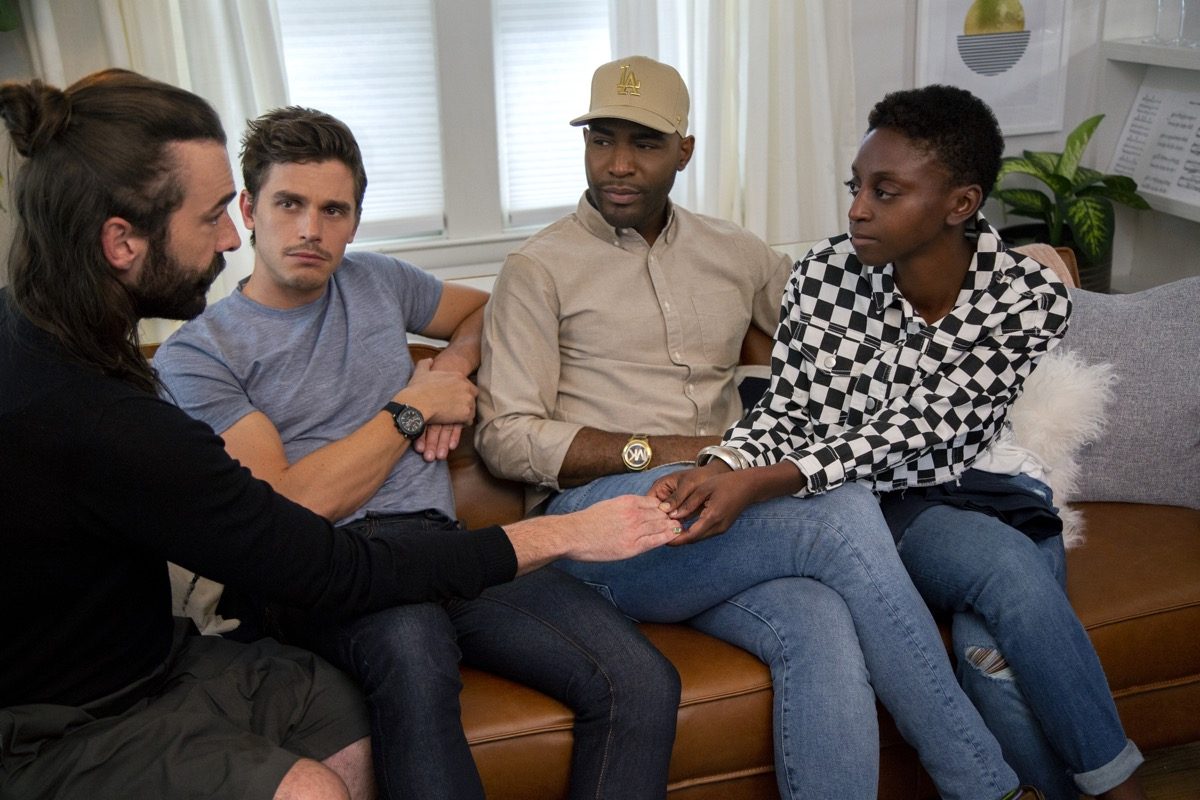 Queer Eye has a beautiful way of reaching into our hearts and ripping them out. With season 3, we’re back to the heartache and the joy of watching these people from Kansas City find their way. While the show always does an incredible job of bringing to life the struggles that we all go through, season 2 felt a little less heart-wrenching.

But now that season 3 has been released, we’re back to episodes filled with uplifting stories and people who had their lives changed by the Fab Five. The episode that hit home for many was Jess Guilbeaux’s time with Antoni Porowski, Bobby Berk, Karamo Brown, Tan France, and Jonathan Van Ness.

Jess is a young lesbian living in Kansas City. She moved there from Lawrence when she came out to her adoptive family, who then shunned her. While her story is heartbreaking all on its own, it hit home with Bobby Berk and Karamo Brown. Berk also came from a similar background, a religious adoptive family who lied about family members and didn’t accept him once he came out.

So to have Jess have someone like Berk to talk to, it gave her the ability to connect to someone on a deeper level.

Another aspect of Jess’s story is her lack of connection to the African-American community. Growing up in a white family, she didn’t feel connected to her roots, and Karamo Brown took her to learn more about her culture while telling her it’s okay to like Paramore and things that people deem “white” because it’s part of who she is. She doesn’t have to change to fit someone else’s vision of her.

And that’s what makes Queer Eye so incredible. Sure, they’re giving makeovers and changing homes, but they also helping those they work with to accept themselves, with all their quirks and interests. They don’t want to change anyone to fit society’s standards; they just want them to feel accepted in their own skin.

The beauty of this show is that these five men are willing to help people around the United States learn. In their interview with The View in November, they talked about the real message of Queer Eye and how it focuses on giving audiences the reality that the LGBTQ+ community is not that “group people disagree with” but humans who were born this way and are proud of who they are.

If you haven’t yet watched it, Queer Eye season 3 is on Netflix now and is maybe the best season yet. I found myself crying episode after episode, and this is one season you don’t want to miss!