The 8 Best New Queer Books to Kick Off Fall 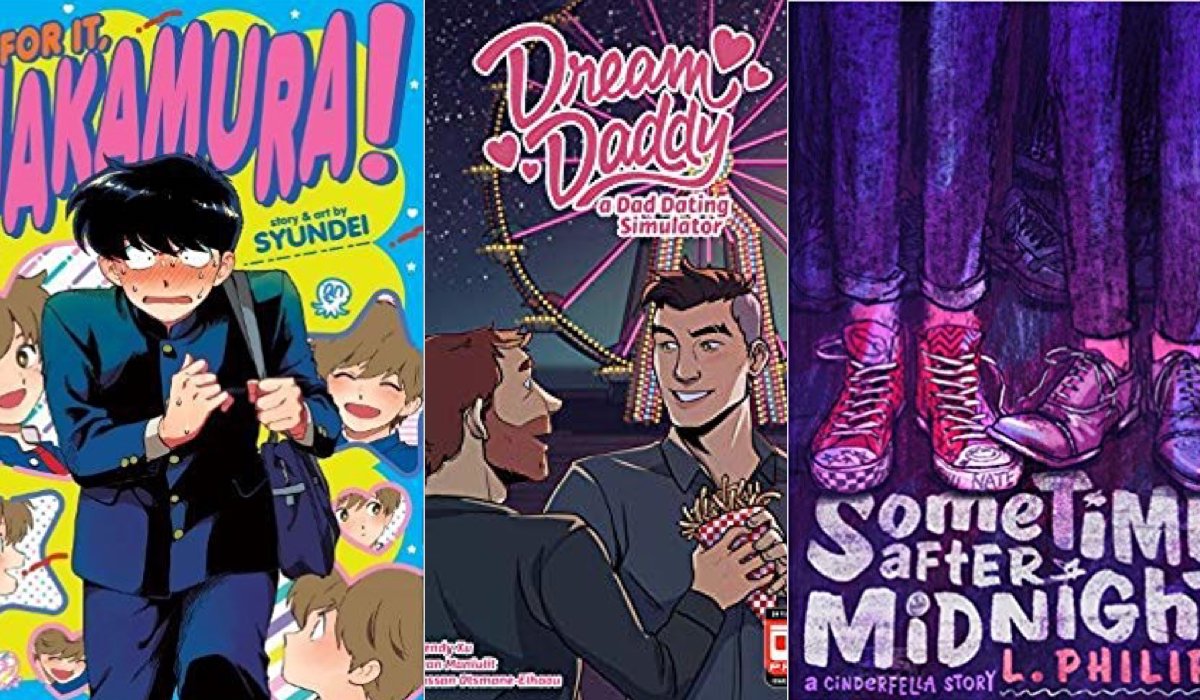 Welcome to our regular series on the best recent queer book releases. For more queer reading material suggestions, check out the rest of the articles in this series!

While all that spare reading time may look like a distant dream now that school is back in session, the start of September doesn’t mean you have to let the books slide, especially not when August was chock full of so many fantastic queer reads! From quirky manga to dream daddies, contemporary YA about learning to love who you are to assassin-filled fantasy, Cinderella retellings for a modern age to paranormal Romance, and stories of love set at both the beginning of adulthood and in the middle of it, all of the books released this summer were engrossing and meaningful, sure to bring you back to them again and again no matter the time of year. 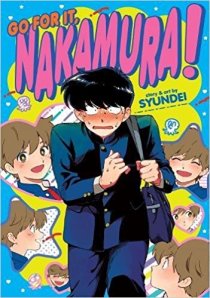 Go For It, Nakamura! by Syundei

The stomach churning, butterfly feeling of first love and all it entails are beautifully captured by manga artist and writer Syundei in Go For It, Nakamura! Painfully shy and extremely reserved, Nakamura has never properly met his classmate, Hirose, but he’s certain that if he can only work up the nerve to introduce himself, friendship, love, and all the rest will fall into place naturally.

What he doesn’t count on is how awkward and clumsy he can be when he’s out of his element, and it’s this that threatens to ruin their friendship before it even starts. When the two finally do meet, their respect and admiration for each other is obvious, and the inevitable relationship that follows is charming and fumbling in the sweetest of ways. Go For It, Nakamura! offers a delightful look into how awkward and halting the first blush of young love can be and how taking a chance can prove both disastrous and life-altering in the best of ways. 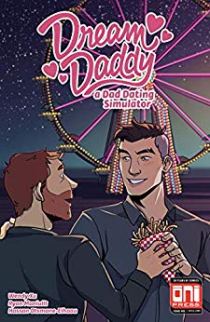 The kickoff to Oni Press’ Dream Daddy comics series (based on the visual novel video game of the same name) is chock-full of brightly colored artwork and a fast-moving plot that drops readers down into the midst of an established friendship between Craig and a fellow dad who recently moved back into the neighborhood.

While they attend a high school reunion, readers learn that Craig has definitely grown out of his nickname “Keg Stand Craig” and opted for responsibility and the maturity of fatherhood, and that fellow classmates have done extraordinary things since leaving school. Short and endearing, this comic examines the surprising changes life can bring and the love that can grow between two people, even after years of friendship. 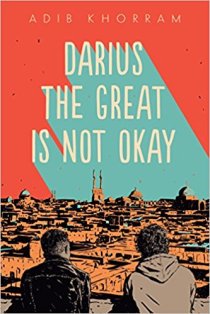 Darius the Great Is Not Okay by Adib Khorram

Darius has never felt like he belongs anywhere. Not with his mother who is Iranian, or with his father who finds fault with him, or with his classmates who belittle him, and not even with himself. When the family flies to Iran to say goodbye to his ailing grandfather, however, Darius is given the opportunity to learn about his Iranian side and meet his mother’s family for the first time.

While there, he befriends a local boy named Sohrab, and with him, Darius discovers the joys of Persian culture—the foods, the language, the people, a love of soccer, and the simple give and take of conversation among friends. With Sohrab, he can finally be himself and feel as if he truly belongs, and when he inevitably leaves Iran, he returns changed in unexpected ways.

Read this one with tissues at the ready, as Adib Khorram has written a poignant and richly moving story about fitting in, being yourself, and owning your quirks in all their glory. Through ups and downs, a new culture and some undeniable self-discovery, he has given readers an opportunity to witness a young man coming to terms with who he is, and embracing it. 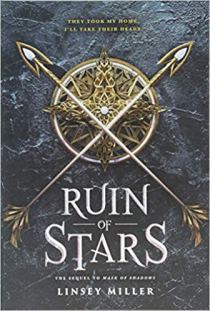 Ruin of Stars by Linsey Miller

Linsey Miller pulls no punches with this latest release, a no-holds-barred look at the horror and devastating aspects of being a sanctioned killer. Gender-fluid Sal is deadly and calculating, stopping at nothing in the pursuit of one goal: a spot amongst the Queen’s Left Hand, a group of elite assassins royally sanctioned to kill. After the events of the first book in this gorgeous and brutal duology, Mask of Shadows, Sal is finally named Opal of the Left Hand and now has the power to kill the five lords responsible for murdering their family and destroying their homeland.

But even as Sal begins to track down the killers, whispers sweep the nation, telling of magic, missing children, and death. While still working through the trauma of their past, Sal must unravel a twisted and deadly plot and come to terms with the horrors and death expected of an assassin. Harrowing and bloody, Sal’s quest for vengeance is not one for the faint of heart or the squeamish. 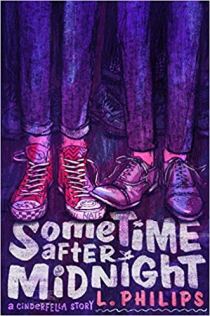 Sometime After Midnight by L. Philips

Cinderella clashes with social media and internet celebrity in this brand new YA offering from L. Philips. When Cameron and Nate meet one night at a gig, sparks fly. They discover a shared love of music and a passion for the indie scene. The one common thread they didn’t count on discovering? Cameron’s father owns the record label that destroyed Nate’s father’s life.

When he flees the scene, Nate’s shoes are the only thing Cameron is able to photograph, and it’s that blurry snapshot that makes its way onto Instagram. Captioned with a heartfelt request to find the owner of the shoes, the photo captures hearts across the country, and Nate and Cameron are linked once again by lovers of an HEA. When they do meet again, each of the boys is forced to reconcile with their past and their present in order to think about the possibility of a future. 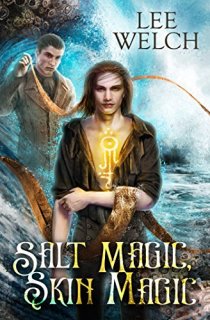 Historical Romance and Magical Fantasy meld seamlessly in this gorgeous release from newcomer Lee Welch. After a year spent in isolation on his father’s estate, Soren, Lord Thornby has done everything possible to leave it. Only … he can’t, for some inexplicable reason.

When an industrial magician arrives to investigate a case of witchcraft nearby, the two must battle with something far stronger than anticipated in order to save not only Soren, but his family as well. Dark and deadly magic is afoot, and it’s not about to let Soren leave without a fight. Delightful world-building, a uniquely imagined magical system, and a simmering attraction between the two leads make this one readers need on their radars stat. 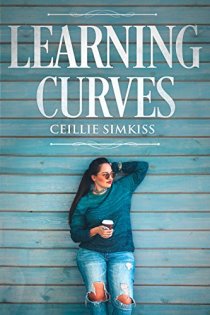 Lending notes leads to easy camaraderie, friendship, and even more in Ceillie Simkiss’ latest release, Learning Curves. Cora and Elena are both driven students, focusing almost exclusively on school and their careers, which leaves very little time for anything else. Finishing law school and becoming a family lawyer is Elena’s top priority; Cora is an MBA student with a laser-like focus that keeps her eyes on the prize.

When chance throws them into the same business law class and necessity has Cora borrowing Elena’s notes, the two take it in stride, becoming fast friends. As weeks go by and the two grow closer and closer through time spent studying together and sharing their lives, Elena and Cora finally realize that perhaps some things—like relationships—are worth altering plans, no matter how much they may be set in stone. With a delicate hand, Ceillie Simkiss fleshes out these two characters, giving readers a relatively low-angst and sweetly moving love story. 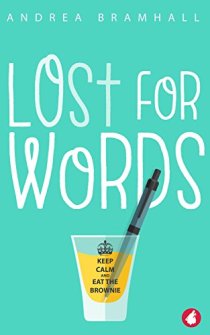 Lost for Words by Andrea Bramhall

Sasha Adams never thought her life was missing anything. Sure, she wishes things could be different, but with her attention divided between caring for her mother, working as a massage therapist, and spending time with her best friend, Bobbi, there is simply no time to make changes. When her mother and best friend enter Sasha into a scriptwriting competition, however, they open the door to the possibility of something more in her life. And the more certainly comes quickly!

Now, Jac Kensignton, the highly driven producer, would like to take Sasha’s script to the big screen, and Sasha has to work with her in order to make that a reality. Heartwarming and tender, Lost for Words is a romantic comedy that alternates between joy and hilarity, and also moments of wistful sadness. It’s a refreshing look at finding love amongst older protagonists and the ties that bind family, friends, and would-be partners.

Judith is an avid reader and overly enthusiastic book pusher. In addition to writing for the The Mary Sue, you can also find Judith talking the latest in queer reads on Teen Vogue and HEA USA Today.