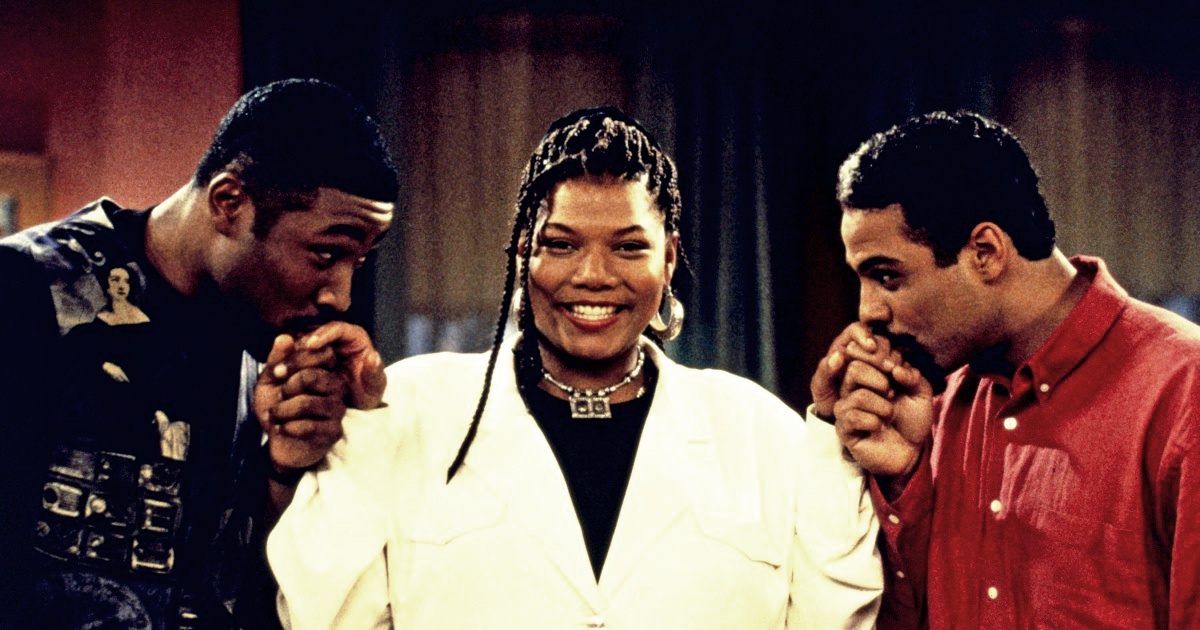 In an interview with Ellen DeGeneres, Aussie actress Rebel Wilson was doing promotion for her new film Isn’t it Romantic, which Wilson starred in and co-produced.

While talking to DeGeneres, according to HuffPostQueer, Wilson mentioned how happy she was that this movie would be subverting so many typical aspects of the romantic comedy, including having a plus-sized lead. “I’m proud to be the first-ever plus-sized girl to be the star of a romantic comedy,” she told DeGeneres. However, black Twitter was quick to point out that Queen Latifah and many others have filled this role.

Ricki Lake, Queen Latifah and Mo’Nique have all done it.

Even Ricki Lake starred in Baby Cakes. Queen Latifah in multiple movies. Monique in Phat Girls. I’m sure there are others, don’t be ridiculous.

This criticism isn’t here to dismiss the fact that there are way too few plus-sized women in romantic films; however, there are plus-sized actresses who have made their career being unapologetic about their size and still appear as romantic heroines. Queen Latifah especially stands out, because she has been playing characters who have no problem getting romance.

On the epic ’90s television show Living Single, Queen Latifah played Khadijah James, who had no problems getting fine men, like Black Lightning‘s Cress Williams, who played Scooter on the show, to woo her. Her cousin on the show, Synclaire James-Jones, played by Kim Coles also got boo’d up really quickly on the show, and her weight was never an issue because it was never written to be an issue.

In the film Just Wright, Queen Latifah plays Leslie Wright in a romantic comedy opposite the rapper/actor Common. She has never taken roles that over-highlight her weight or treat it as a negative, and whether it is comedy or drama, Queen Latifah has no problem getting a man and she doesn’t have to change to get them.

Good morning to all, especially Khadijah James who dated all the fine men on Living Single. pic.twitter.com/JLRSzaRzmV

There is this idea that black women do not get scorned for their weight the way that white women do. While it may be internalized differently, we can not pretend like black media is swimming with women who look like Queen Latifah. Especially today’s culture where Instagram promotes peak hotness as having a full figure everywhere but your midsection, black women are still told they do not meet a standard by being bigger women. As Lauren Porter put it in her Essence piece on Khadijah James:

Seeing her attract men who were drawn to her intellect, saw her ambition as a turn-on, found something worthwhile in her charm and loved how she flaunted her full-figured frame was refreshing, and I can only imagine what that meant to other curvy or plus size women in the mid-90s. Another glorious facet here, is that however long or short their connections were, the men in Ms James’ life weren’t unhealthy or toxic, and they didn’t see dating her as a means of fulfilling some sort of fetish. (As we’ve also seen happen with curvy women onscreen countless times before.)

In Girls Trip, while Queen Latifah doesn’t have any male-related drama (she’s too busy worrying about her money to worry about dudes), it doesn’t stop her from getting to look good and wearing a bunch of amazing outfits.

Compare Matron “Mama” Morton to Fat Amy, where Mama Morton’s sexuality is not reduced because she a bigger woman, but her curves are part of what makes her beautiful. Fat Amy in the Pitch Perfect movies says she has all these boyfriends, but it is treated like a joke or a punchline because you (a) never see those boyfriends and (b) no one ever treats Amy like she is beautiful and (c) when she does get an official love interest it is the dude no one likes.

I think Isn’t It Romantic looks like a cute satire of the romantic comedy and I overall enjoy Rebel Wilson as a comedic actress, but when you set up the premise of your movie as “I’m unlovable because I’m fat” it only reaffirms those stereotypes. Why do women need to be tricked into loving themselves? I’m going to watch it though because of Michelle Buteau and it looks funny.

One of the reasons that Sookie from Gilmore Girls is such a beloved character, beyond early Melissa McCarthy, is that her weight is never brought up. Part of what I loved about Spy is how McCarthy basically gets to be a hot, glam badass spy even though people want to hold her back. Penelope Garcia from Criminal Minds is a sex symbol in her own right and was also heavily shipped with Derek Morgan (Shemar Moore).

We have a long way to go before we get the sort of big-girl love that women of all sizes deserve, but it is important to remember those who have been out there loving their bodies—and also showing that you can have storylines about plus-sized or larger actresses without making it into an issue. You can be a 5’10 amazon who can out dribble your love interest and still be a romantic and sexual person.

I’m glad Rebel Wilson is continuing the move forward, and while we have a lot more work to do, I’m glad that we’ve had some examples in the past of making movies with big girls being in love.