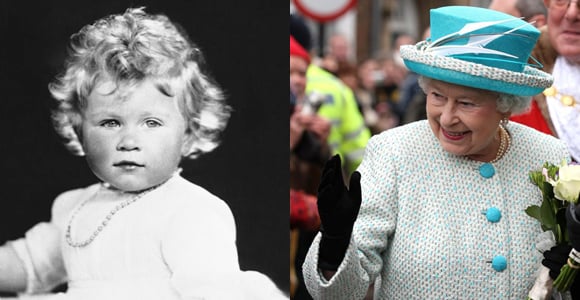 “It’s only the second Diamond Jubilee in British history. The first was Queen Victoria’s in 1897,” according to USA Today. “The queen was so frail (she was 78) she had to sit outside St. Paul’s Cathedral in her carriage for the thanksgiving service because she couldn’t get up the steps.” But 85-year-old Elizabeth Alexandra Mary Windsor is pretending like it’s just any other day by visiting a school. Though, Jubilee celebrations will continue throughout the year.

Queen Elizabeth and husband Prince Philip were on holiday in Kenya when her father, King George VI, died in London on Feb. 6, 1952. “When an aide asked her what she would call herself as queen (monarchs, like her father, don’t always use their given names to reign), she replied, ‘My own name, of course. What else?'”

USA Today points out, “In 1,000 years, no one else but Victoria has reigned over Britain longer, nor passed age 81 on the throne. No one has met as many people, nor traveled as far, nor been seen by more people in person or in the media.”

Technically the British don’t “celebrate” today, which is also known as Accession Day, because it is of course also the day the King died. ” Most of the Jubilee events will be in May and June when the weather is better for the signature pageantry that the British are so skilled at devising (much of it funded by private donations). The peak event will be the first weekend in June, just two months before the start of the 2012 London Olympics,” writes USA Today. “A flotilla of 1,000 ships, from kayaks to antique tall ships, will follow the queen and her heirs on a Royal Barge (decorated like a 17th-century galley) 7 miles down the Thames from Putney to Tower Bridge, while hundreds of thousands line the riverbank cheering and waving flags.”

In a statement on the royal website, Queen Elizabeth wrote:

Today, as I mark 60 years as your Queen, I am writing to thank you for the wonderful support and encouragement that you have given to me and Prince Philip over these years and to tell you how deeply moved we have been to receive so many kind messages about the Diamond Jubilee.

In this special year, as I dedicate myself anew to your service, I hope we will all be reminded of the power of togetherness and the convening strength of family, friendship and good neighbourliness, examples of which I have been fortunate to see throughout my reign and which my family and I look forward to seeing in many forms as we travel throughout the United Kingdom and the wider Commonwealth.

I hope also that this Jubilee year will be a time to give thanks for the great advances that have been made since 1952 and to look forward to the future with clear head and warm heart as we join together in our celebrations.

I send my sincere good wishes to you all.