Is Smell Based on Quantum Physics? | The Mary Sue

Study: Smell May Be Caused by Quantum Vibrations 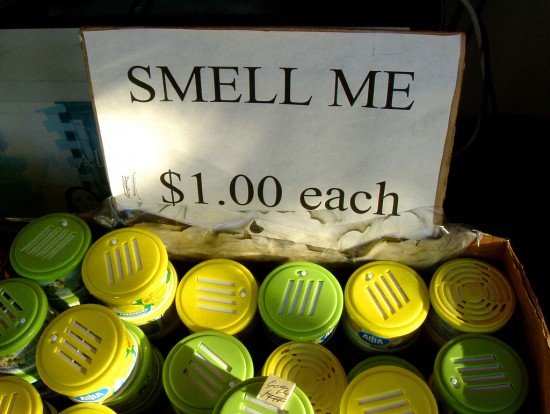 Could quantum physics explain the human sense of smell? A new study published in the Proceedings of the National Academy of Sciences (PNAS) lends credence to the theory that our sense of smell is based on sensing the vibrations caused by energy transfer at the subatomic level. The basis of the theory is that the structure of molecules is similar to that of balls held together by springs. This means the molecule can vibrate in a way unique to the composition of atoms in the molecule.

When an electron hits a molecule, it loses quanta or discrete packets of energy. The human olfactory system may be wired to interpret the loss of energy on electrons, and thus differently interpret the molecules the electron encountered because of the molecule’s unique vibration.The study, authored by Drs. Maria Isabel Franco, Luca Turin, Andreas Mershin, and Efthimios M. C. Skoulakis, demonstrated that fruit flies could discern the difference between molecules with heavier hydrogen atoms from those without. Using the ball-and-spring analogy, the heavier hydrogen weighed down a spring, changing the way the molecule vibrated. The flies were trained to avoid smells comprised of this heavier molecule, demonstrating that they could tell the difference.

Further studies using ‘nanowires’ have shown that this kind of molecular vibration can be observed and measured, opening the possibility for high-tech electronic noses. While the concept of an electric nose is perhaps not thrilling in its own right, it could mean ultra-sensitive chemical detection. Perhaps this research will bring an end to unwanted pat-downs and distressingly revealing scans at airports. There’s no need to look or feel for weapons when you can simply smell for gunpowder, or explosives.

Proceedings of the National Academy of Sciencesquantumsmell