Q&A With L.L. McKinney, Author of A Blade So Black 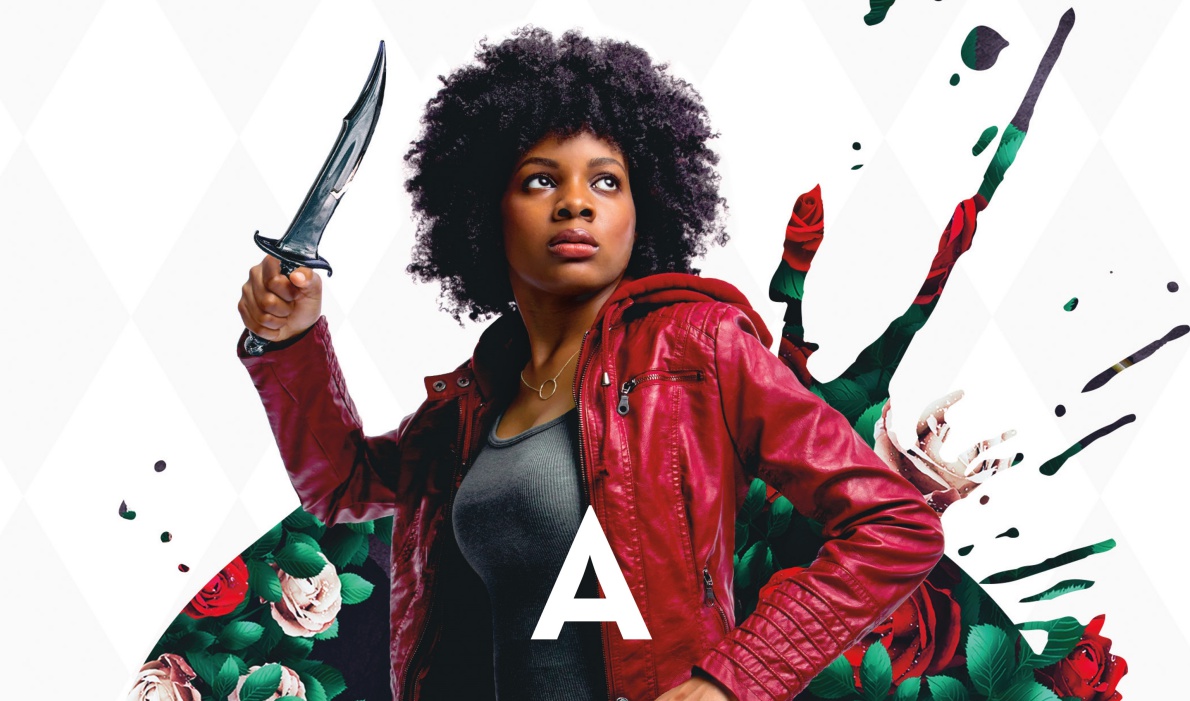 When I first saw the cover of L.L. McKinney’s debut novel, A Blade So Black, the first thing I saw was the hair. My hair is in dreads now, but up until I was nineteen, there were times (rarely) when I would wear my hair in an afro that looks so much like the cover of this book. It was the thing that made me want to read it more than anything. A dark-skinned woman, with a cute afro, going to slay monsters? Count me in.

A reimagining of Alice in Wonderland, in McKinney’s novel, we meet Alice, a high-schooler from Atlanta who becomes a hunter of monsters from Wonderland after a life-or-death experience with one. When her mentor gets injured, Alice is forced to go deeper into this magical land than she ever has before, while fighting her own personal fears along the way. It was such a fun read and one of the books I wish I’d had growing up as a kid. I connected with Alice and loved the story from beginning to end.

We had the chance to speak to L.L. McKinney about this awesome YA title and protagonist that people are calling “black girl magic personified.” 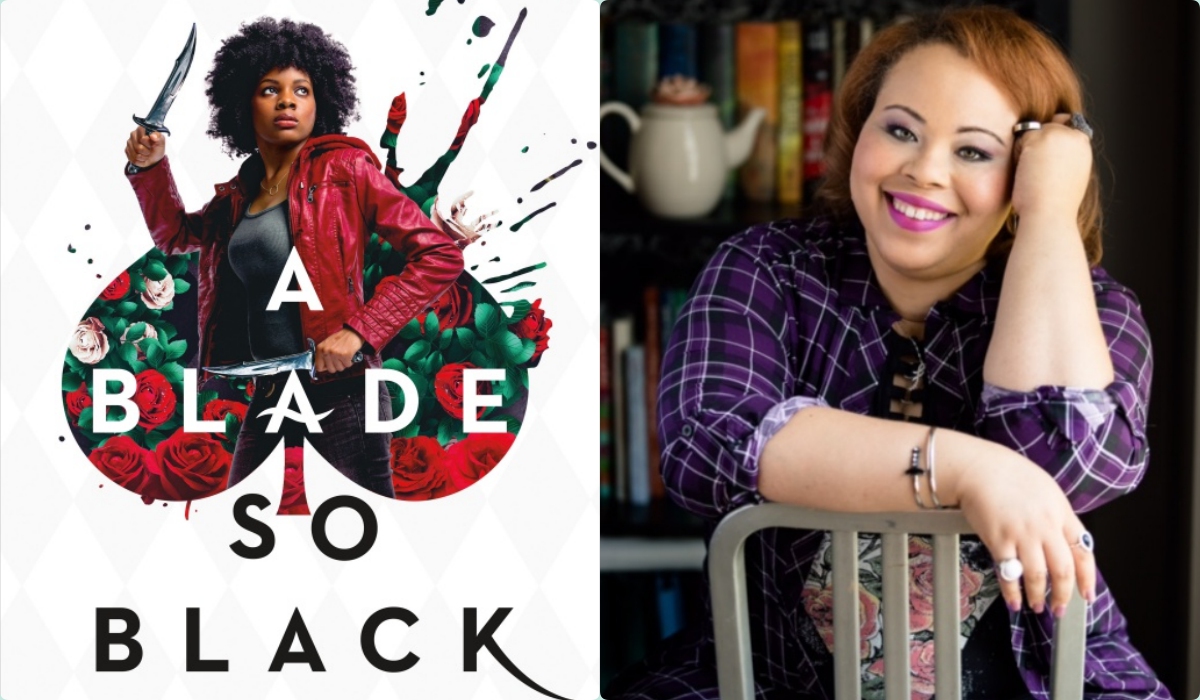 TMS: What about fairy tales, and Alice in Wonderland especially, do you think lend it to so many different interpretations? When constructing A Blade So Black, what were things you were most excited to play with in the Wonderland universe? There’s something inherently universal about stories that focus on whimsy and magic.

McKinney: Maybe it comes in different forms, but the underlying theme of the mystical is threaded throughout. As far as Alice goes, it’s such a wild and wacky tale that it’s left open to multiple interpretations at every angle, from whether it was a dream or an acid trip to what Caroll’s poems meant, to whether any of it was supposed to mean anything at all. Whenever someone says, “Wonderland,” aside from the movies, it conjures up something different for each person who hears it. Wonderland is imagination. It is wonder, and that can look like just about anything.

When constructing A Blade So Black, I was really excited to play with the characters. I would ask again and again, “If this character existed in the modern world, what would they look and act like?” So we go from a tea table to a pub, and from two bumbling twins to awesome Russian fighters. I took the bare basics of these characters and adjusted them to my idea of their contemporary selves, with obvious characteristics remaining.

TMS: Representation on book covers has become a really important part of allowing teens to see themselves not just in books, but on them. I am aware that authors have little say over the cover, but did you give any inclination that you wanted a darker skinned black teen with natural hair on the cover?

McKinney: I did. From the very beginning I stressed the importance of having Black Alice on the cover, and even though she has her hair pressed or pinned or braided in addition to natural, I wanted that to be the focus. I wanted this to be central stage, for those girls to walk by the book and there they are. Black women and girls are ridiculed for their dark skin and natural hair, but both are so beautiful. Dark skin and natural hair are beauty incarnate. They are what happened when the Lord laid his hand upon the earth and bade beauty rise. There are so few positive portrayals on covers or on screen and it’s not right.

TMS: In your story, the Nightmares are fueled by human fear, and for Alice, among all her other fears is the fear of police violence and the human dangers that fuel these otherworldly monsters. How important was it to you to highlight the real emotional burden it is to be young, Black, and aware in the world today?

McKinney: It was incredibly important. My nieces and nephews are slowly coming to the realization of what it means to be Black in this country, in this world. My nephew, when he was six, asked his mother, “Why do the police hate us?” My sister broke down in tears for having to answer this question, for having to soothe that pain in that tiny heart, because he thought the police were the coolest.

These are real issues that face our kids, real fears. I didn’t go as deep as I could, though. While these issues are 100% valid, they’re not the only things going on in Black lives. Our existence does not hinge on this mess, so I wanted to acknowledge it, but not focus on it. This is a book about adventure, and I wanted that to be the main element.

TMS: One of my favorite things about the story is how it is both unapologetically black, but also not a narrative inherently about “the struggle.” Alice is obviously a young black woman and that affects her frame of view, but she is also just a hero on a hero’s journey. How do you strike that balance? Or is it not something you find yourself thinking about during the writing process?

McKinney: I just said something like that for the last question! Very intuitive. Like I was saying, the struggle isn’t the only thing going on in our lives, right? Why can’t we have stories that are for fun? That are for going on adventures or finding ourselves in new ways? Why can’t we just be, outside of this?

I was very careful to acknowledge that yes, this is something that affects Black life greatly, but it does not encompass all of who we are and what we do. We laugh, we play, we go to school, we get into fights with our friends, we argue with our loved ones, we’re human. We live. Let us live. I was thinking of my nieces reading this book—and all Black kids really—and just being able to have fun. That was the goal.

TMS: Finally, how can you be a Hei Hei Stan when Pua is right there? Explain yourself, lol?

McKinney: LOL!! Listen, Pua is cute, I’m not gonna knock him, but Hei Hei the GOAT. It cannot be explained, it simply IS.

A Blade so BlackImprintL.L McKinney