The feminist Russian group ran onto the field at Luzhniki Stadium in Moscow. 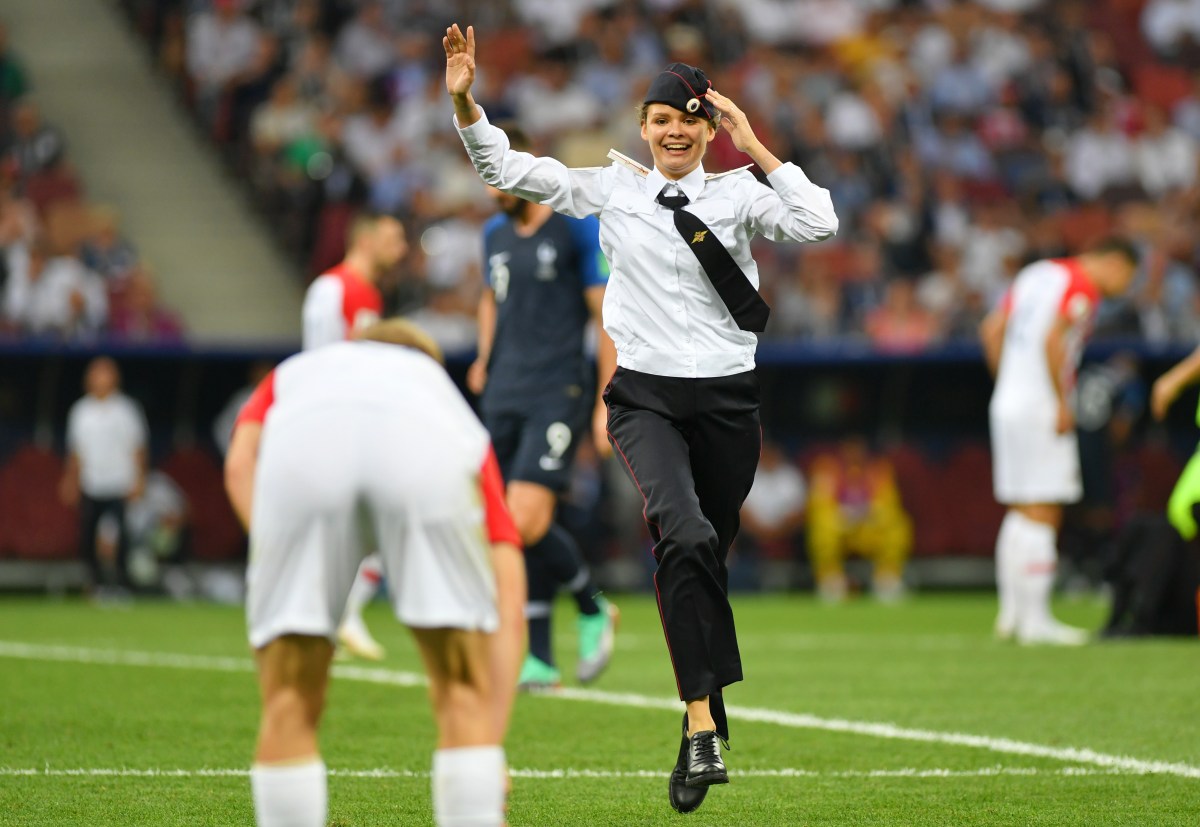 The World Cup finals are filled with tension and emotion as viewers around the world watch intently for the next winning team to be crowned. It was on this massive public stage that members of Russian punk band and activist group Pussy Riot stormed the pitch, creating a disruption during the game. The four protestors, dressed in traditional police uniforms, were quickly apprehended and dragged off the field. On Twitter, Pussy Riot claimed responsibility for the protest in a tweet, saying:

The protest was inspired by Russian poet and dissident Dmitriy Prigov, who wrote several poems about the “heavenly policeman” and the “earthly policeman”, two figures that represent Russia at its best and at its worst. As they wrote in the tweet, “The FIFA World Cup has reminded us of the possibilities of the heavenly policeman in the Great Russia of the future, but the earthly policeman, entering the ruleless game breaks our world apart.”

Pussy Riot has been in active in protesting Russian president Vladimir Putin since 2011, and the group earned international recognition in 2012 when they staged a guerrilla performance in Moscow’s Cathedral of Christ the Savior to protest the Orthodox Church leaders’ support for Putin during his election campaign. Three members were arrested, which sparked an international human rights outcry.

While the protesters were quickly tackled and removed from the pitch, one managed to snag a double high-five from France forward Kylian Mbappe.

Was this the best #WolrdCup final? Lots of goals, lots of craziness, both teams with plenty to be proud of, Mbappe high fiving a Pussy Riot pitch invader.