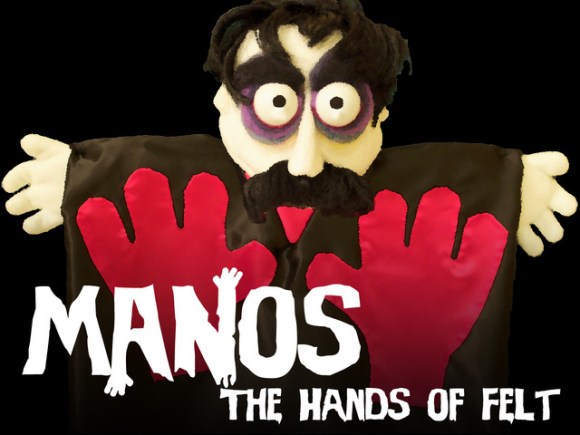 Manos: The Hands of Felt started when puppeteer Rachel Jackson made a bad pun and then decided that it had legs. Like, lots of puppety, Muppet spoofing, parodic retelling of the making of Manos: The Hands of Fate and its revival as a Mystery Science Theater 3000 mainstay legs. So she turned it into a live show, and now a DVD release of that live show has just hit its funding goal on Kickstarter. There are still five days to go in the pledge drive, though, and I feel it is my duty to remind any Torgo fans out there that they can pick up a digital download of the movie for only $5.