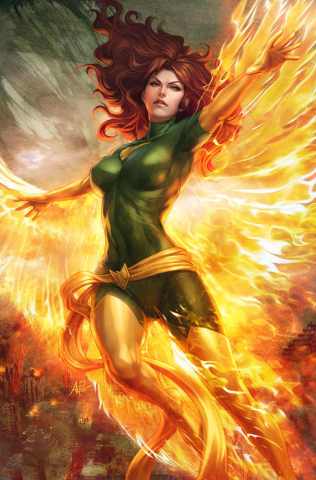 I’m always Jean. And I’m always the Phoenix. I died. I scattered in a trillion directions. And then started to pull together again, outside the White Hot Room. But I’m starting to see now. Parts of me… Parts of me never came home.

Warning: spoilers for X-Men ahead.

Origin
Jean Grey initially discovered her telepathic and telekinetic powers as a 10-year old child. When Jean’s best friend, Annie Richardson, dies after being hit by a car, the devastated Jean nearly dies herself when she telepathically links with her, experiencing Annie’s emotions before she died. It is Dr. Charles Xavier, the founder the Xavier School for Gifted Youngsters and the leader of the X-Men, who is able to help Jean by temporarily blocking her telepathic powers. 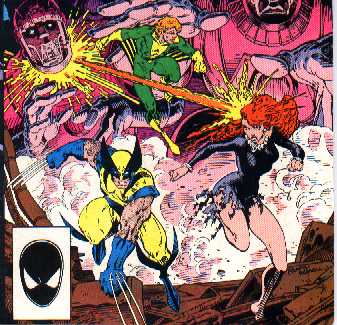 Jean is later able to attend the Xavier School, where she is able to get her telepathic powers back. Her new friends become her family, working together on various missions. After defeating Steven Lang’s (a notorious supervillian) Sentinels (robots, specifically designed to hunt mutants), the X-Men’s shuttle is badly damaged. Jean, in a desparate attempt to save her friends, operates the shuttle herself. Using her telekinetic powers, she is able to shield her fellow X-Men from the massive amounts of radiation around them but purposely fails to tell them that she is unable to shield herself. Thus, heroically sacrificing herself, Jean is able to rescue her friends but ends up dying in the process…sort of.

As she is dying, her cry for help gets answered by the Phoenix Force, a cosmic being, which ends up cloning Jean and becoming her. Unfortunately, the Phoenix is unable to maintain this charade forever and ends up becoming corrupt, turning into the Dark Phoenix. In the meantime, the real Jean Grey was recovering in a cocoon. When the real Jean Grey is able to return to her full power, she is able to get through to the Dark Phoenix, who ends up committing suicide in order to prevent future corruption and malice. 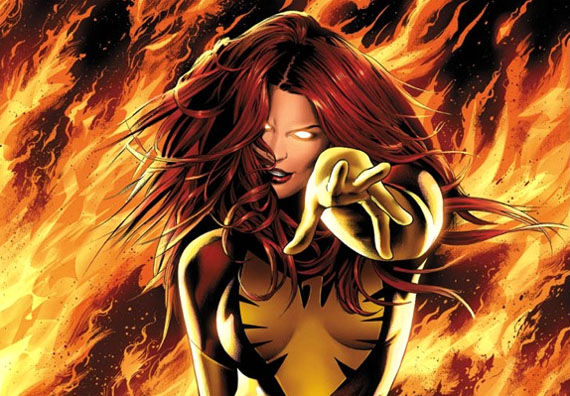 Psychological Evaluation
A number of people have been asking me if Jean/Phoenix are manifestations of Dissociative Identity Disorder (previously, Multiple Personalities Disorder). In order to be diagnosed with Dissociative Identity Disorder (DID), one individual must possess two or more completely distinct personalities. These might even be of different age, sex, and race. In the case of Jean and the Phoenix, however, there are two separate entities who in some way fuse into one.

While Jean/Phoenix do not actually meet the criteria for Dissociative Identity Disorder, there are certain parallels between what happens to Jean and what many trauma survivors go through. After a seriously troubling event, many people either shut down completely (as Jean did, in a way, in a cocoon), or they might drastically change their appearance, mannerisms, or behaviors (as Phoenix did).

One of the possible explanations for this is that when someone undergoes a deeply traumatic experience, as Jean did, both when she lost her friend, Annie, and later when she was almost killed by radiation, he or she might no longer feel safe. In fact, trauma, specifically, life-threatening events, can often drastically change the way people perceive their own safety and their own ability to control the events around them. As a result, trauma survivors might become overly cautious or overly controlling, irritable, or overwhelmed.

How do people with trauma recover? A little bit like how Jean did actually, by connecting with their core values. 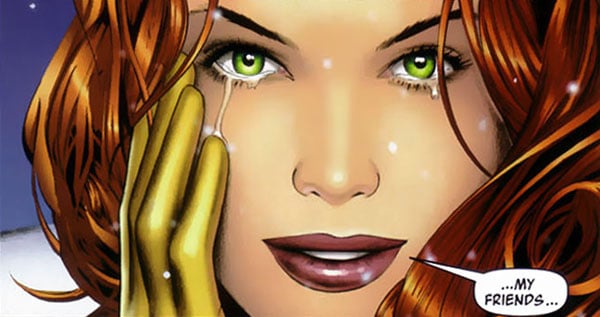 Recognizing that her friends needed her gave Jean the courage and the resilience she needed to become her old self, while the time she spent in the cocoon was arguably the very kind of resilience-building self-care practice that she so desparately needed. What this might mean then is that if we experience a traumatic or otherwise painful event, it is natural to initially want to hide away in a metaphorical cocoon. However, it is connecting with our core values, such as helping others and connecting with our friends that can be the vehicle we need to recover and return to or develop our superhero self.

Dr. Janina Scarlet is a Licensed Clinical Psychologist, a scientist, and a full time geek. She uses Superhero Therapy to help patients with anxiety, depression, chronic pain, and PTSD at the Center for Stress and Anxiety Management and Sharp Memorial Hospital. Dr. Scarlet also teaches at Alliant International University, San Diego. Her book, Superhero Therapy, is expected to be released in July 2016 with Little, Brown Book Group.
If you would like to learn more about Superhero Therapy, please feel free to contact Dr. Janina Scarlet via Twitter @shadowquill, Facebook: https://www.facebook.com/Shadow.Scarletl, or via her website at www.superhero-therapy.com.