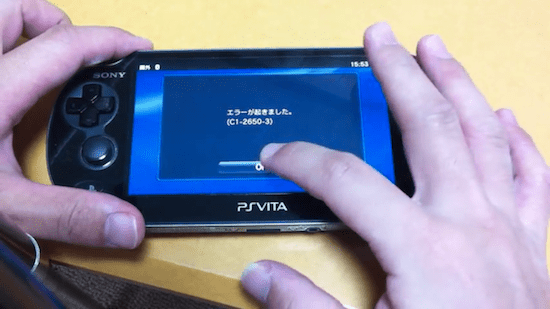 The PS Vita launched this past Saturday in Japan, a few months before the U.S. and European launch date of February 22, 2012 (not counting the early release bundle), moving 321,400 units in only two days. Not a bad launch considering the two day figure, but like most brand new hardware, the PS Vita is not without some obnoxious launch flaws, such as system freezes that come with an unresponsive touch screen and buttons. Yes, the power button counts as a button, which is unresponsive, so users have to remove the battery to unstick the machine. Yikes.

Aside from the system freezes, the touch screen can go unresponsive without the help of the freeze, which would ruin anyone’s play session, PSN accounts not being configurable, positional data being wrong or inaccessible, and even reports of the Vita just plain not turning on. Yikes again.

U.S. and European gamers are probably a little less annoyed that their PSP successor is launching months after the Japanese launch, now that Sony could use this downtime to fix these problems before the Western launch. Most new hardware has issues — whether it be the iPhone 4S battery issues, or the original PSP’s rampant dead pixel issue — which is always the case against being an early adopter. A case for it, though, at least for the PS Vita? The hardware launches with a brand new Uncharted, a prequel no less, and you don’t want to wait too long for that, right?

Check out some videos of the crashes: