So just a normal day of @ing strangers with garbage, then? 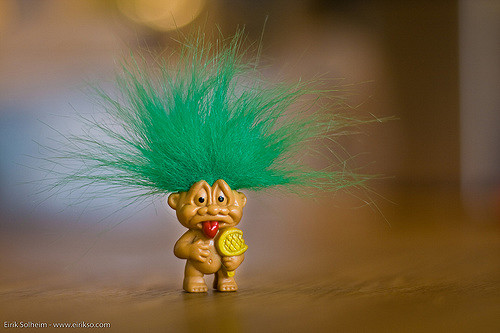 Pro-Trump rallies previously scheduled for Saturday, September 9 by “ACT For America” have been canceled en masse—67 locations around the country in total—due to concerns about violence. At least, that’s their story, but the cancelation comes suspiciously closely following this weekend’s events in Boston, where a right-wing “free speech” rally was held, though that speech was kind of hard to hear over the considerably more massive anti-hate protest.

It’s almost like staying home and letting the Nazis roam the streets unchallenged isn’t the solution.

ACT for America released a statement to Breitbart (of course) that followed the party line—set by their great, sun-staring leader—of denouncing neo-Nazis and the KKK while also attempting to liken them to groups that oppose fascism. Meanwhile, ACT is, itself, an anti-Muslim hate group according to the Southern Poverty Law Center. In the statement, they blamed the violence of these other hate groups for disturbing otherwise peaceful protests and leading to their cancelation, in order to avoid more tragic events, and definitely not because deleting potentially violent, non-covert fascists from their ranks takes the wind right out of their movement’s white-sheet sails.

Instead, they’ve decided to hold an online “Day of ACTion,” which we can only assume will be similar to net neutrality days of action, with the key difference that it will generally only involve the worst sites on the internet rather than the best. Oh, and it currently seems that next to no one will be participating, as Gizmodo reports that interest in these demonstrations had already only been registering in the single-digit range. Looks like there aren’t so many “very fine people” left behind when the pro-Trump demonstration crowd alienates the explicit hate groups.

Details on the “Day of ACTion” are forthcoming, and we can only assume they’ll line up pretty well with a normal day on the internet for a Trump supporter—or a Trump supporting Twitter bot, which will probably be easier to scrounge up.