Protesting Against Housing for the Homeless Makes You the Villain

I said, what I said. 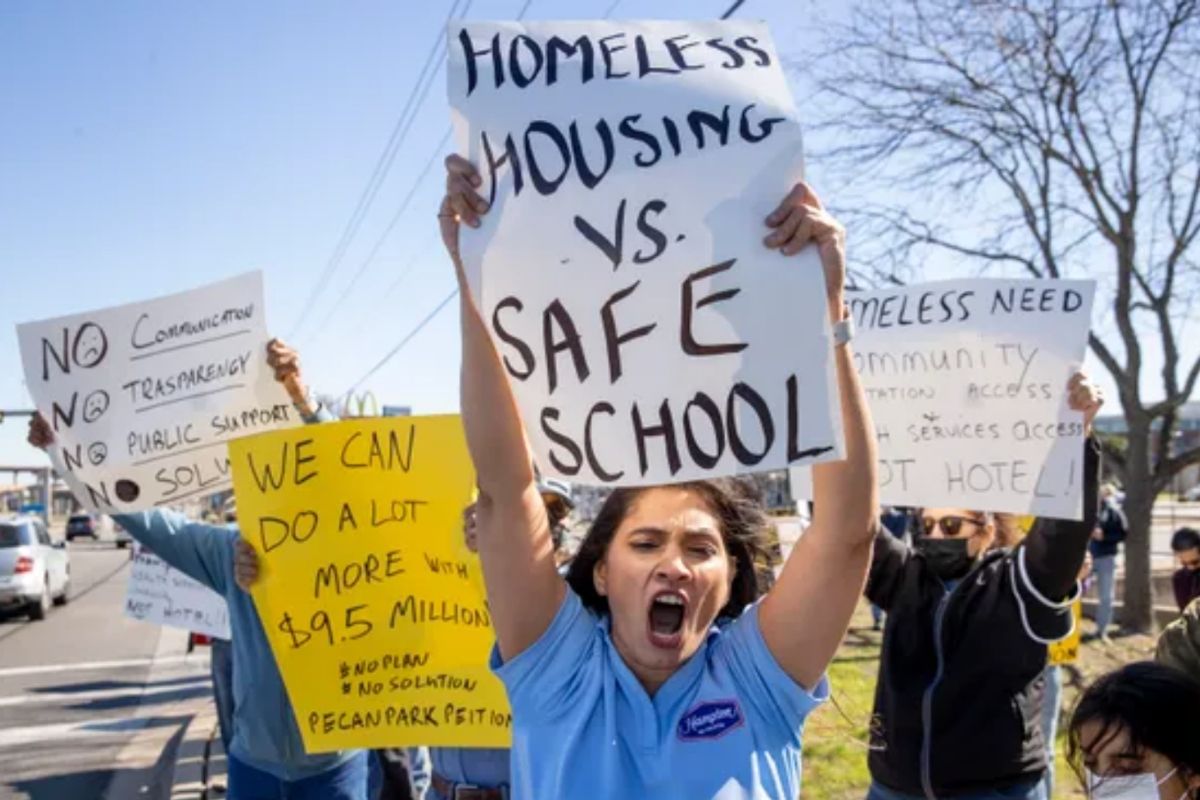 The city of Austin, Texas is fighting homelessness by attempting to buy hotels across the city and transform them into housing—and for some Austinians, that’s a problem. They are concerned that putting roofs over the heads of homeless people is going to increase loitering, break-ins, and throw security out the window in their community. And it’s an absolute garbage position to hold, especially for those that have started protesting the buying of the Candlewood Suites to house the homeless.

This is grounded in the belief that homeless people are vagrants or dangerous. Just because homeless people might be moving into your neighborhood doesn’t mean that your community isn’t safe anymore, that break-ins will happen left and right, or that loitering will become a problem. Stop equating homelessness with violence or as if having a roof over their heads, a place to call home, and a bed of their own isn’t going to change their lives. It will.

While they protest about the safety of their families and children, I have to wonder if these people know that homeless people also have children and consist of families. Due to COVID-19, this past year has been hard on everyone. It’s been especially been hard on families that have lost jobs and, in turn, their homes. Protesting that you don’t want homeless families in your neighborhood means that you don’t want these vulnerable people to find their feet again, including children and families.

It’s dehumanizing to treat homeless people as if they are the “other” and that they don’t belong in the community you live in. They belong and need help from our government and communities to get a home, a job, and the assistance they need. Protesting against homeless people getting another chance makes you the villain, not the other way around. Think about that when you’re safe and cozy in your homes tonight while writing up your protest sign against the purchase of Candlewood Suites.