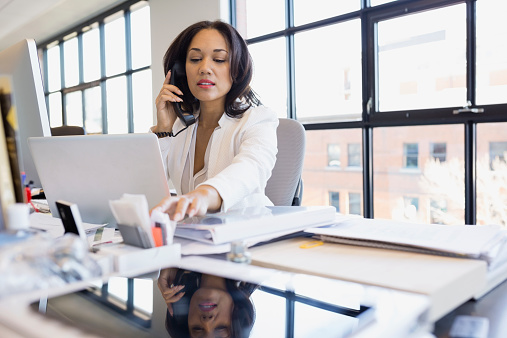 The concept of the wage gap isn’t a foreign one. It’s been brought to the forefront of discussion even more recently in the film industry, where it’s been disclosed that stars like Jennifer Lawrence and Jessica Chastain have been making mere fractions of what their male co-stars raked in on the same movie.

In other industries, however, this gap has settled around the common factoid that women are making seventy cents to every dollar their male counterparts do, etc. etc. But now, a new study is revealing that when women are promoted in their field, the gap actually widens.

This is potentially due to a number of factors— one being that women are four times less likely to ask for a raise than men would, and on the whole tend to ask for less even when they do. That can be attributed to the fact that women are perceiving—and perhaps correctly—that the social risk of asking for more money might outweigh the higher salary they’d be earning in the long run.

Ultimately, a lot of this is because of the unconscious biases and prejudices society still holds when it comes to gender pay inequality. It’s distressing that women who are actively trying to move up the ladder are facing any number of obstacles in their way, and it doesn’t appear to be getting any easier.

(via HelloGiggles, image via Getty Images)