New Project Will Attempt to Simulate Everything on Earth 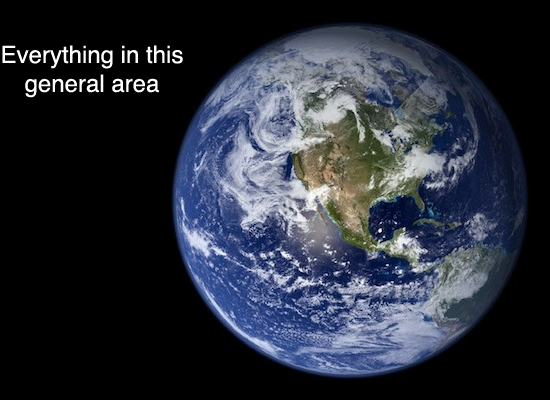 An international group of scientists are working on a project that aims to simulate everything happening on Earth, dubbed the Living Earth Simulator (LES), for the purposes of understanding–I’m not even kind of, sorta of, slightly embellishing–what is taking place on our planet.

Chair of the FuturICT (the project that aims to create the LES), Dr. Helbing, of the Swiss Federal Institute of Technology, claims the project would require a “knowledge accelerator,” something similar to the Large Hadron Collider, except it collides knowledge. The LES would be comprised of an assembly of supercomputers and, according to Dr. Helbing, would need to be filled with data covering all of the activity happening on the planet. Seems like a tall order? Don’t worry! Dr. Helbing and his crew have already collected over seventy online sources of data to start populating their simulator once it’s built, which includes Wikipedia.

Helbing made sure to alleviate the inevitable storm of outraged citizens who aren’t too fond of a computer monitoring their shower habits, and assures the world that the LES would be programmed to strip out data that relates to the individual. On top of the lofty goals of knowing everything and measuring the state of society to account for health, education and environmental issues, the project is also aiming toward one more goal: To account for happiness. Human happiness, lets hope.

Since the LES is supposed to cover all planetary activity, we here at Geekosystem have a few questions regarding the ambitious project: