The wait is over! Watch the untold true origin story behind Wonder Woman. Professor Marston & the Wonder Women, out today on Digital & Blu-ray.

Professor Marston and the Wonder Women, one of the most beautiful films of last year and a current nominee for Best Picture at the GLAAD Awards, is out on Blu-ray and Digital TODAY. Last night, Sony Pictures Home Entertainment hosted an event to celebrate the Blu-ray release that involved a conversation with the film’s writer/director and costume designer, as well as the chance for those in attendance to try on some sexy underwear. Pretty appropriate when you consider the film being celebrated. 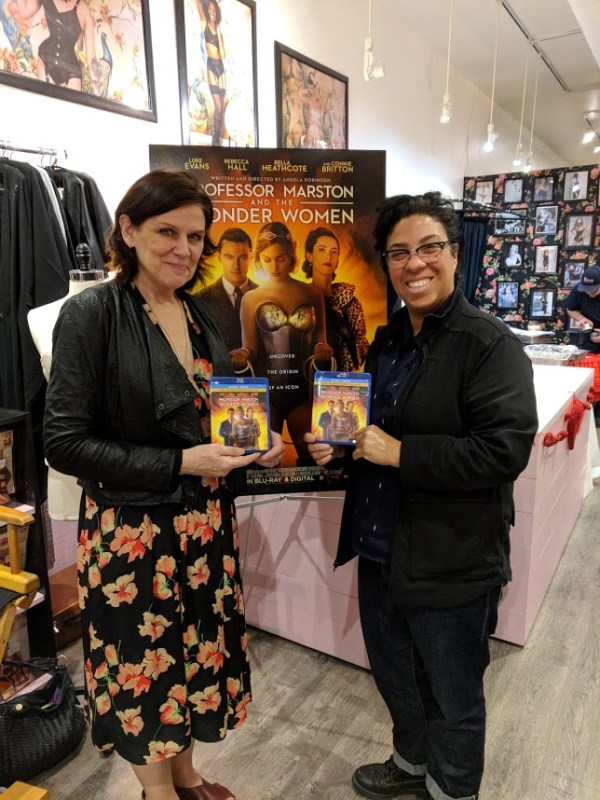 An intimate crowd gathered at What Katie Did in Burbank, CA, a boutique specializing in faux-vintage lingerie and hosiery to watch a Q&A with Angela Robinson, Professor Marston’s writer/director, and Donna Maloney, the film’s talented costume designer. I had the chance to moderate that discussion, asking these film wonder women about the process of making the film, specifically their approach to the characters and the period costume.

While I will be posting a one-on-one interview with Maloney tomorrow, today, I thought I’d share with you the audio from the entire hour-long panel! You can listen to the discussion HERE.

[NOTE: the first question I asked her I asked before hitting record. Oops. But the first thing that you hear Robinson talking about is in response to my asking her why she needed to tell this story and make this film.] 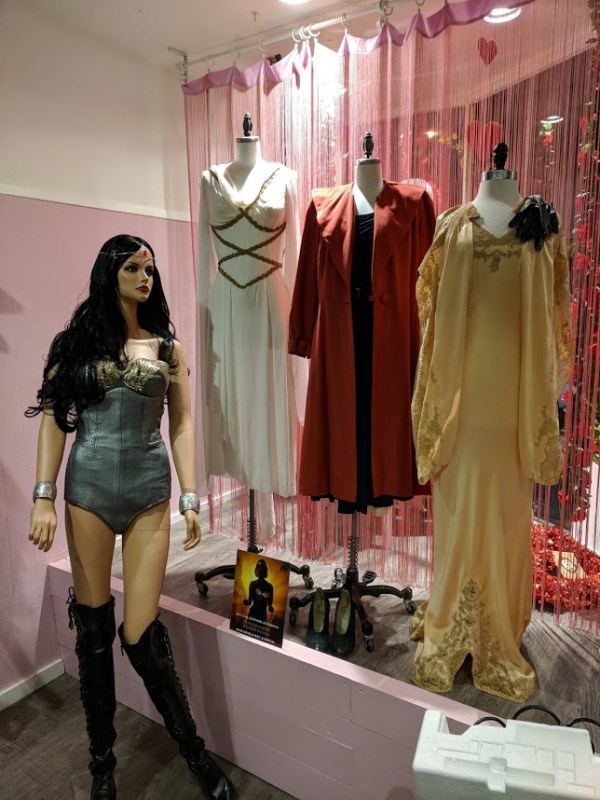 After the Q&A, those gathered were treated to custom corset and bra fittings! Yes, even yours truly, and we each got to take home the lovely underthing of our choice along with a copy of Professor Marston. Personally, I can’t think of a better way to celebrate this film than with frilly underthings. 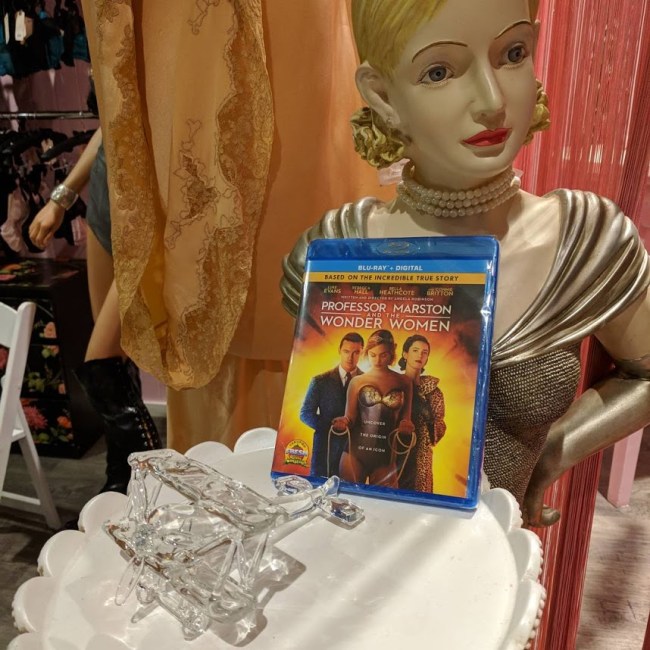 The “Professor Marston and the Wonder Women” Blu-ray along with the prop “invisible plane” toy from the film.

If you haven’t yet seen Professor Marston and the Wonder Women, I’d highly recommend checking out the Blu-ray, which is out TODAY. In addition to seeing a really wonderful film, you also have access to deleted scenes, a motion comic called “The Secret Identity of Charles Moulton,” and several awesome featurettes delving into the filmmaking, as well as into the true story of the Marstons.

Valentine’s Day is coming up, and I can’t think of a better film to watch as you’re curled up with the geek (or geeks) you love!