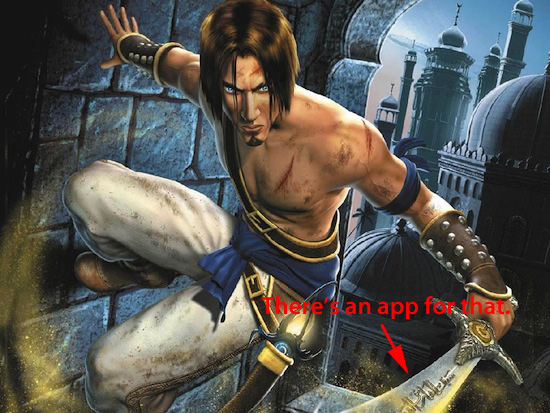 A former Ubisoft employee, Jonathan Jacques-Belletête, revealed to Xbox World 360 in an interview that Ubisoft considered a reboot for their esteemed Prince of Persia franchise that took place in a modern setting. Thankfully, they scrapped the idea.

Apparently, the project was described as similar to “The Day After Tomorrow, but replace the snow with sand.” Funnily enough, the star of big screen adaptation of the game series is Jake Gyllenhaal, who was also the star of The Day After Tomorrow. Wonder if that’s where they got the idea to cast Jake Gyllenhaal as the Prince. I also wonder if Ubisoft would’ve renamed the series to reflect that Persia doesn’t exist in modern times.

Can’t you see it now? The Prince stopping in the middle of a wall-run to check his iPhone for Google Maps directions?