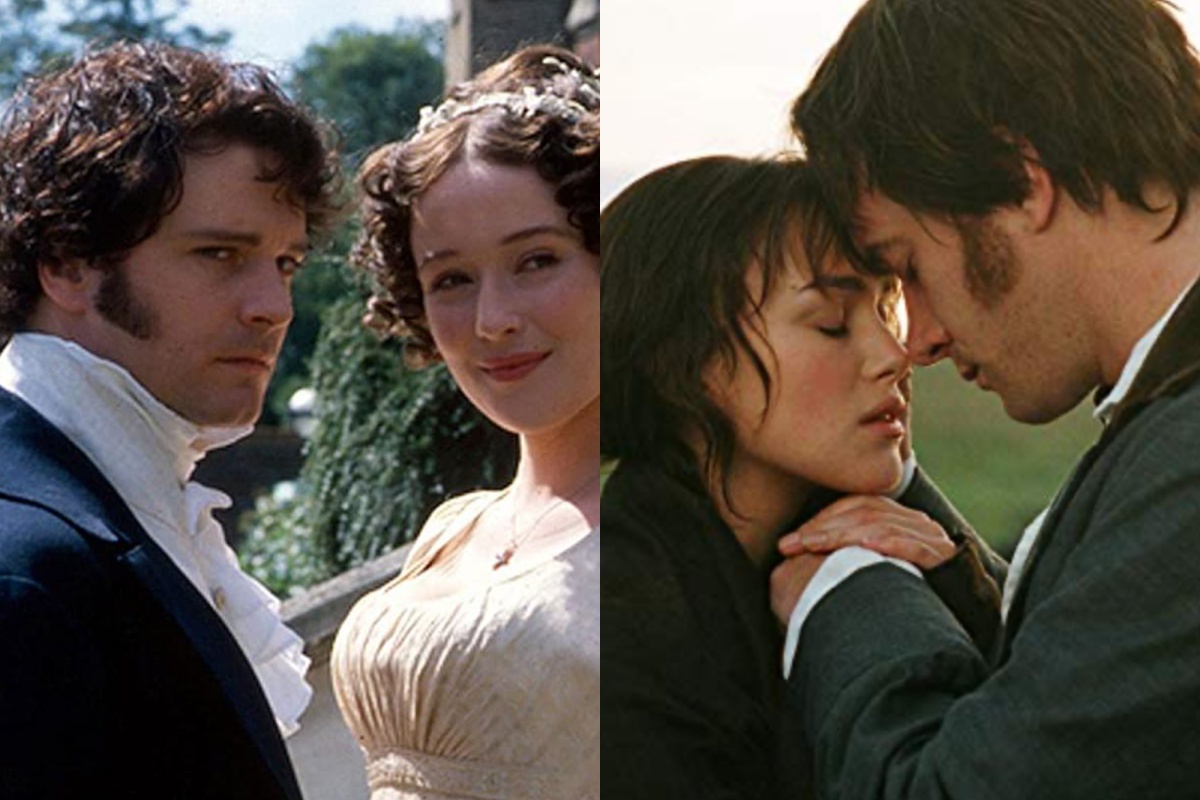 The true War of the Roses among Jane Austen fans and fans of Pride & Prejudice.

While there have been many adaptations of the most popular Jane Austen novel, the two most popular are the 1995 mini-series starring Colin Firth as Darcy and Jennifer Ehle as Elizabeth Bennet, and the 2005 movie with Keira Knightley as Elizabeth and Matthew Macfadyen as Darcy.

Now, there might be some people who say that you can absolutely love both because they deliver two different experiences. The 2005 movie is more spectacle and really focuses on the raw emotions of the two characters, drawing out every single moment between the leads to the height of their passions. With the 1995 version, while it is much softer tonally, it provides a fuller look at the world Austen created and allows the comedic and political elements to be highlighted, as well as the romance.

However, I didn’t write this to play nice. I made it to pledge my allegiance to the 1995 miniseries, which will remain, for me, the superior version.

I will say that this has come from a lot of growth because I genuinely used to hate the 2005 version. I saw it first, and I thought, while well-acted, it failed to really make me feel anything that I didn’t already feel inclined to believe, which is an issue with a lot of Austen adaptations overall. However, mostly, the passionate feelings that the movie tried to bring to life just feel very over-the-top, and Keira Knightley’s version of Elizabeth just feels very modern.

Sadly, yes, I am aware of how pretentious that sounds, but hear me out. This isn’t to say that I think it’s a bad performance, because I do enjoy Keira Knightley as a performer, but her Elizabeth doesn’t feel different from her Georgina in The Duchess or her role in Colette. Knightley does have the perfect look for a period drama, but also is often playing the same type of character, and they all bleed together—not because she lacks range, but because the movies tend to default to making these women cut from the same proto-feminist cloth. While I understand what Joe Wright was going for in making the Bennets, and the whole film, look less “squeaky-clean,” it sometimes feels misleading—especially with the Bennet family’s financial situation.

They are landed gentry—down on their luck landed gentry, but landed gentry all the same—and while it does eventually go bad for them, it’ll be a couple of decades before the Great Depression of British Agriculture would affect this particular branch of the Bennet family.

I also love Lizzie because she is a flawed character, and I think, in the miniseries, you get to really sit with how her feelings about Darcy change throughout the story and how they come together. The 1995 version makes their love story seem less expected. It feels like a journey between two people who care for each other, but are also kind of smug jerks.

Overall, I think that which version you like does reflect how you envision the characters. I think the 2005 version certainly does more to emphasize Darcy’s social awkwardness, while in the 1995 series, his prideful nature is more heavily highlighted. Keira Knightley feels like she captures the spirit of what people want Lizzie Bennet to be. For me, I like my Austen adaptations to feel like Jane Austen adaptations—not Brontë novels.

When it comes to adaptations of Pride & Prejudice, I rank them 1995, The Lizzie Bennet Diaries, and 2005 as my top three—all great in their own way, but each one revealing how Austen can change into so many different forms depending on who is behind the camera.

I will give the 2005 version one thing: that hand flex scene. That slaps.