Should You Care What Presidential Candidates Think of NASA? | The Mary Sue

What Do the Presidential Candidates Think About NASA and Should You Care?

The Planetary Society is tracking candidates’ statements about the space program. 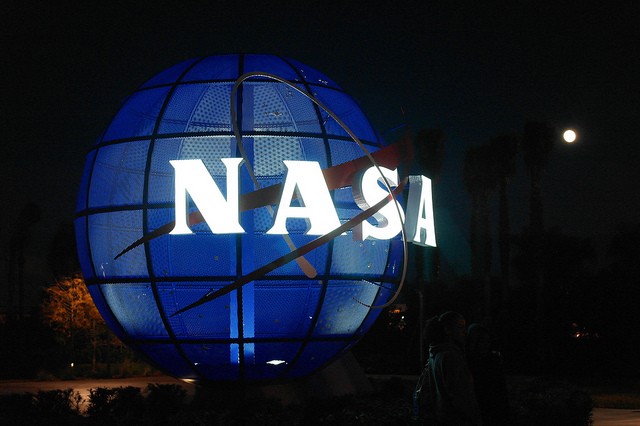 While the discussion about space travel has gained some momentum recently thanks to the accomplishments of NASA, the commercial space industry, and the popularity of recent films like The Martian and Gravity, it’s not a hot-button topic this election year. But shouldn’t it be? Some voters dismiss the notion that we should care about space when we have other issues here on Earth, however as things like asteroid mining and space tourism become big business, space policy will rank right up there with foreign policy.

If your focus is solely on a President’s fixing our own country, you’re not giving the nation enough credit. We got to the moon in the 1960s during the turbulent decade that witnessed the assassinations of President Kennedy and Martin Luther King, Jr. It was a time when racial tensions were high. It was the era of the Vietnam War. We still made that giant leap for mankind. While we fight to improve life for Americans here, we can push ourselves up there. In fact, it could be argued that in a time of civil unrest, economic worry and international tensions, the space program is more important than ever. It encourages us to do better as a society. It creates whole new industries and whole new jobs. It brings out the best in people.

So, you’re convinced that space exploration matters? Awesome. Now what?

The best thing to do is educate yourself on the Presidential candidates’ stances on NASA. The Planetary Society, currently helmed by CEO Bill Nye, has created a webpage that tracks the candidates’ statements regarding the space agency. The Planetary Society encourages Americans to be advocates for space travel by keeping up with the candidates and by helping the effort by recording what each would-be Prez says to the media about space.

The Planetary Society states that their “Goal is to record every statement a U.S. presidential candidate makes about space.” It’s a lofty aim, but one that will help educate voters who believe that space exploration is a worthy use of America’s resources. To add to the log of statements, advocates can use the hashtag #Vote4Space on social media or email quotations to the organization. The Planetary Society also encourages its members to ask the candidates about the space program if they have the chance—since the talking heads probably won’t. The Planetary Society also states that it is a non-partisan organization.

It’s important to understand that The Planetary Society’s Election 2016 effort is only as thorough as contributors make it, meaning that it may or may not include absolutely everything a candidate has uttered about the US space program. However, it’s an excellent primer for understanding candidates’ feelings on NASA and the importance of Americans in space.

So, who cares about the space program the most?

For the GOP, Ted Cruz, Ben Carson and Marco Rubio seem to be tied in their regard for NASA.

Rubio stated in an interview at Kennedy Space Center, “We need to be the leading space power on Earth if we want to continue being the greatest nation on Earth.”

Carson explained, “Today, I think NASA is becoming even more crucial. Today the race to control space is even more important. What we can do from space continues to dramatically increase. I think we need a new focus on space—and fast.”

Cruz said in a statement to the Space Commerce Conference and Exposition, “As chairman [of the Senate Space Subcommittee] I have made it a priority to ensure American leadership in space by producing a stronger and more efficient launch capability for the U.S.”

Between Hillary Clinton and Bernie Sanders, Clinton is by far the bigger proponent of NASA, though Sanders made vaguely enthusiastic remarks during his Reddit AMA.

Clinton seems sincere in her regard for the US’s exploration of space. Apparently, Clinton has long been a space enthusiast. She told the Washington Post that when she was 13, she wrote to NASA asking about what it would take to become a female astronaut. Regarding the space program, Clinton stated at a town hall in Dover, New Hampsire, “One of the great advantages we have had in the 50, 60, 70 years vis a vis the rest of the world is the investment we’ve made in science and research of all kinds. It is a huge economic boom.” She’s even spoken out about the important of tracking near-Earth objects (NEOs).

Who’s lukewarm on the topic?

Donald Trump seems to be more a fan commercial space companies than about NASA, telling the Washington Post, “In the old days, [NASA] was great. Right now, we have bigger problems, you understand that. We have to fix our potholes. We don’t exactly have a lot of money.”

To date, The Planetary Society has not received any submissions of statements from Republican John Kasich, which means either no one has asked him about the space program or that he is not enthusiastic enough about it to mention it on his own.

The Planetary Society will be updating their website with new quotations. They will also remove candidates who drop out of the race. Check out their page here: http://www.planetary.org/get-involved/be-a-space-advocate/election2016/

Kristen Bobst is an LA-based writer and whimsy aficionado. She’s a fan of animals, geekery, and sock puppets.