Why Does Donald Trump Keep Lying About His Father Being Born in Germany? 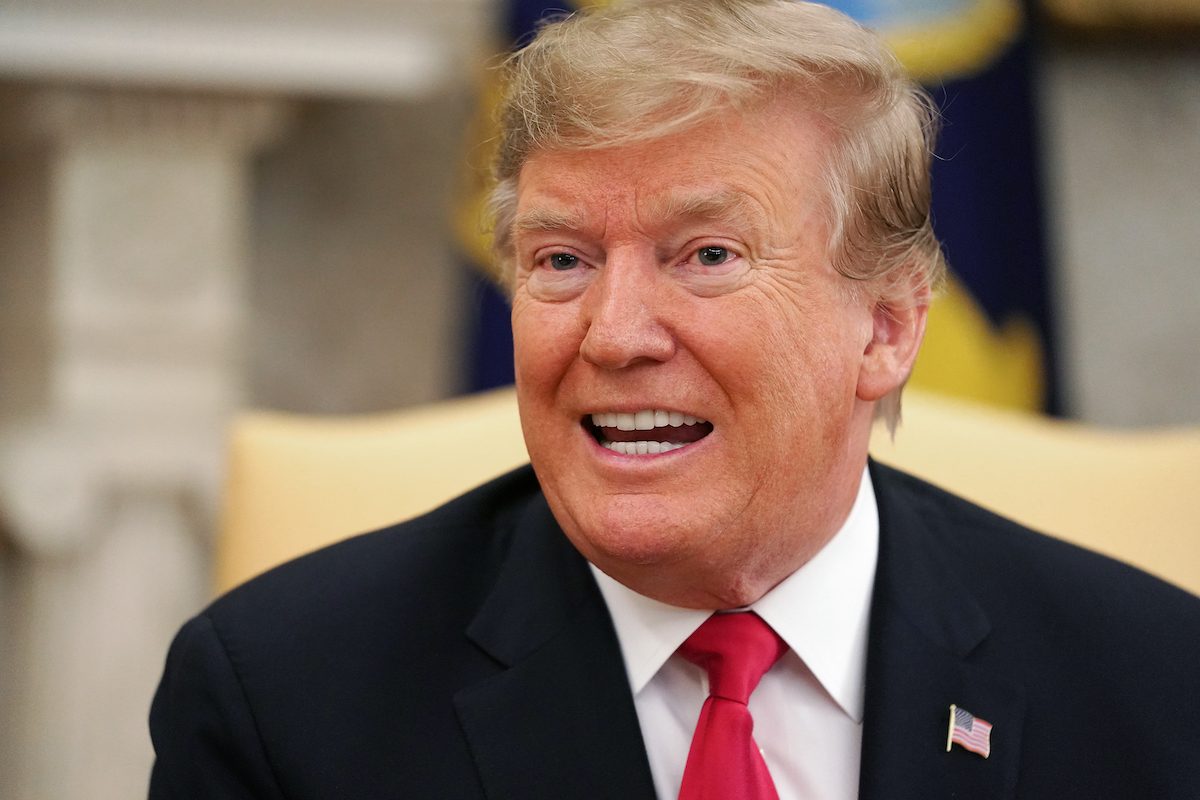 We all know that Donald Trump doesn’t exactly feel beholden to the truth. He lies all the time, about all kinds of things. He exaggerates or just makes up facts. Often these lies are meant to make himself look good or make his opponents look bad, or both. Sometimes, though, it’s not clear why he’s saying the things he is.

Why would he lie about such a trivial, easily fact-checked thing? If you thought I would have an answer to that, I’m sorry to tell you I very much do not. Is he trying to buddy up to EU allies who he’s previously pissed off? Is it an appeal to his white nationalist followers? Does he think that saying he’s the child of an immigrant will make us all believe that “self-made man” story he’s constantly trying to sell us?

I really have no idea. But making this all even weirder is the fact that this isn’t the first time he’s told this lie. As a number of reporters have pointed out, it’s at least the third.

The Washington Post’s Aaron Blake reports, “[Donald Trump’s grandfather] Friedrich Trump was expelled from Germany in 1905, apparently because he had emigrated illegally. He and his wife, Elisabeth Trump, returned to the United States when she was pregnant with Fred Trump, the president’s father, according to The Post’s reporting and Blair’s book. So about the only way you could say Trump’s father has claim to the German homeland is that he may have been conceived there.”

If that is Trump’s logic, it might be even more bizarre than just the lie.

This wasn’t the only strange thing Trump said during this meeting. He repeated some familiar racist remarks about migrant caravans not bringing “the best people.” On health care, he promises he has a “phenomenal” secret plan that he’ll “be showing you at the appropriate time. It’s much better than Obamacare.” He also said that he could fix immigration “in 45 minutes,” but he has to get rid of a lot of things, including, I kid you not, “judges.” He’s really not into the whole checks and balances thing, is he?

But this moment was definitely the strangest, and it’s legitimately worrying:

Some people are calling this a Laurel/Yanni sort of thing, and that they hear “origins.” I definitely hear “oranges.” Either way, this man is clearly very tired. I have no pity for him, of course, because same. But it’s hard to watch and far harder to understand.