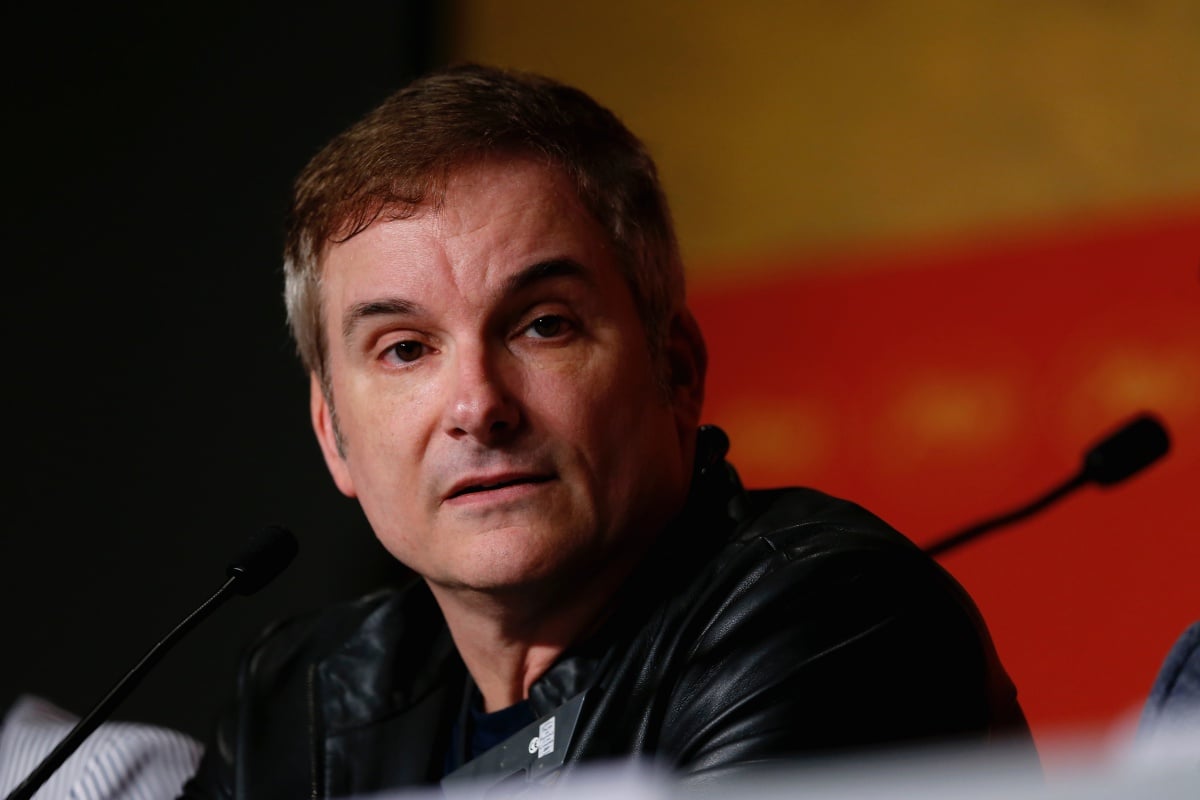 Olivia Munn’s decision to speak out about the fact that director Shane Black hired a registered sex offender, Steven Wilder Striegel, to work on The Predator has been met with the disappointingly predictable question of “When has someone paid for their crimes?”—despite there being a child actor on set and potentially people who wouldn’t choose to work with a sex offender had that choice not been taken away from them.

First of all, whenever this conversation comes up in #MeToo, or in reference to sexual assault or sexual violence, there is suddenly an outpouring of concern for the rights of people post-felony, in their rehabilitation. As a quick recap of the crime and sentence this person received: “Striegel pleaded guilty to two felonies, risk of injury to a child and enticing a minor by computer, in 2010. Said minor was 14 years old at the time and a relative of Striegel’s. Striegel served six months in jail and was placed on the sex offender registry.”

In 2010, Striegel would have been 40 years old, attempting to sexually manipulate his 14-year-old relative. This is not some “Romeo & Juliet” law situation where he was a college freshman and the girl was a high school senior. He was a grown-ass man attempting to seduce a teenager online and only served six months in jail for two felonies, along with having to register as a sex offender.

There is another part of this conversation. What are we to do with convicted sexual predators after they finish their sentencing. Do we believe they can every be rehabilitated? What careers and living situations should be afforded to them? 🤔🤷🤔🤷

In many cases, speaking out helps bring to bad conduct to light. In this case, the guy was already convicted and served time. He’s not accused of doing anything wrong while working on this movie, afaik. What’s he supposed to do—never work again?

Did the man repay his debt to society? If so, he should be afforded the same opportunities as any one else, within the bounds of being a registered sex offender. @oliviamunn #WTF #Privilege #ReduceRecidivism #FakeLibHeart

I find people who make these arguments often miss the point and highjack important conversations about reform and dealing with perpetrators post-conviction. Drug offenders in this country, according to the Federal Bureau of Prisons, make up 46% (the overwhelming plurality) of inmates in jail. So, more people who have felonies on record, and have difficulty getting jobs as a result, have been convicted of that kind of crime than anything else.

There are plenty of retail and working-class jobs that will not hire people with felonies who didn’t even commit violent offenses. The very fact that Hollywood doesn’t run background checks, and your local McDonald’s does, tells you all you need to know about how our country works.

The very idea that we feel more desire to protect and find compassion for people who have actively looked to harm children, rather than people who have been caught carrying weed, is outrageous. What’s more is that the only scene Striegel had in The Predator was him hitting on Olivia Munn, someone who has been the victim of awful men for most of her career. Shane Black’s excuse that Striegel got “caught up in a bad situation” shows the degree to which men will protect each other.

According to the L.A. Times, here’s what some of the content from the emails between Striegel and the “Jane Doe” include, as well as Striegel’s downplaying of the incident:

In emails to The Times, Striegel described her as one of his “distant relatives” who spoke to him at “several family gatherings” about “a multitude of problems she was facing, including being a truant, being pressured to do drugs and alcohol, and that she had started having sex, as well as many other things.”

In an attempt to boost her self-esteem, Striegel said he “made the the very bad judgement call of telling her in these emails that she was attractive, and sexy, and not a failure, etc.” He said he made it clear the two could not engage in a romantic relationship because of her age and because they were related.

But a March 2009 arrest warrant affidavit — which identifies the 14-year-old only as “Jane Doe” — alleges that physical contact included “kissing, touching Doe’s breast over her clothing, rubbing her legs and stroking her neck” on several occasions.

In one email message, Striegel told the girl that there was no one in the world he would rather have sex with. “I will be VERY honest: There’s no question that it’s you. None. Hope that doesn’t totally freak you out, and just because it’s what I want, and what you want, doesn’t mean it’s the right thing.”

In other correspondence, he described his sexual preferences in graphic detail, including his favorite intercourse position and intimate grooming practices.

“EVERY thing you say turns me on!!” he wrote to Doe. “I love that it rocked you when I pulled your hair that time.”

Striegel continued his attempts to groom this young girl, continuing to correspond with her, telling her, “I know it might be hard for you to not tell someone, as it’s something on your mind I’m sure, but pleeease try to keep it between us …” and even after Jane Doe’s father found out about it, Striegel, according to an affidavit, gave her a private number for him to call her on.

Yet, again, people are trying to use this incident to reopen discourse about the sex offender registry:

“People who aren’t experienced in risk assessment find out about these things and get upset. It’s human nature,” added Amy Phenix, a forensic psychologist. “It’s understandable that people would be concerned and not trust the person that they’re working with because that person wasn’t open about the situation. When you inform people, you can educate people — and oftentimes, when people have a better understanding of what they’re dealing with, it’s not so scary.”

Except … him trying to groom and have sex with a 14-year-old girl is scary.

Now, for all those calling for his redemption, the very fact that in his emails to the Times, Striegel attempts to downplay their relationships, and then say he was only convicted for  “words in an email,” shows that he has not fully acknowledged what he did, and yet, his career continued without any problems. He wants his crime to fade into the background when for most convicted felons, that’s not even a possibility.

We can talk about fixing the sex offender registry to make it actually more comprehensive for people, but our first concern should always be protecting the victims. How long would you want someone to “pay for their crime” if they tried to take advantage of your child? Would six months be enough for you? With no court-mandated therapy? No volunteering? Don’t hijack conversations about reform to make excuses for men who do terrible things, simply because you hate women.