Terry Pratchett’s Unfinished Stories Meet Their End Underneath a Steamroller 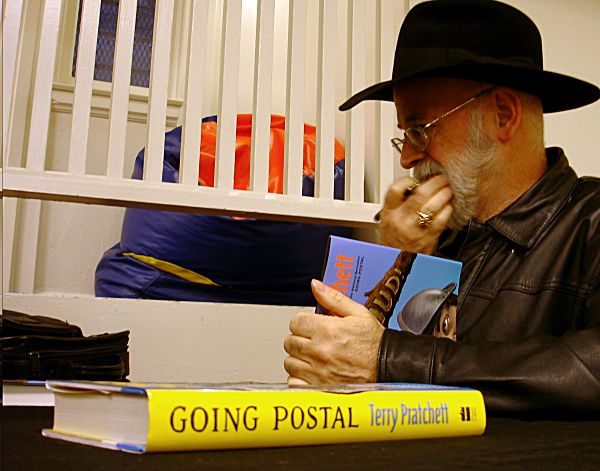 Back in 2015, Terry Pratchett passed away, and the world lost a terrific, accomplished storyteller. Strangely (funnily?) enough, as part of his last wishes, he asked that all of the unfinished stories stories on his hard drive be destroyed in what is quite possibly one of the most surefire data-destructive ways: by steamroller. In a couple of tweets, Rob Wilkins, who managed Pratchett’s estate, posted photos of the process, showing the before and the after of what happened to Pratchett’s old hard drive.

There goes the browsing history… Many thanks to @steamfair. Soon to be on display at @SalisburyMuseum in September https://t.co/Di8tvTO4Hi pic.twitter.com/onGGWLDYL4

It’s a bit of a funny yet bittersweet moment, where it’s painfully clear that Pratchett’s long been gone and we’ll likely never see anyone quite like him ever again. I have huge respect for the man and that grew tenfold as I read about this news, because let’s face it: after an artist or creative dies, there’s always this strange, almost inappropriate delve back into their unfinished work, which becomes a commodity to be sold rather than a memory to be respected. Pratchett obviously understood the importance of letting unfinished works remain unfinished, and from the sound of it, he believed it so much that he really wanted to use a steamroller to take care of those remnants, smashing them beyond nearly all recognition.

For anyone who might want to take a moment and pay respects to the stories that will never be told, you can check out the smashed hard drive when it goes on display at the Salisbury Museum in September as part of a wider exhibit dedicated to Pratchett, titled, “Terry Pratchett: HisWorld”.