The Repercussions of Power in Watchmen vs GoT | The Mary Sue

The Repercussions of Power in Watchmen and Game of Thrones 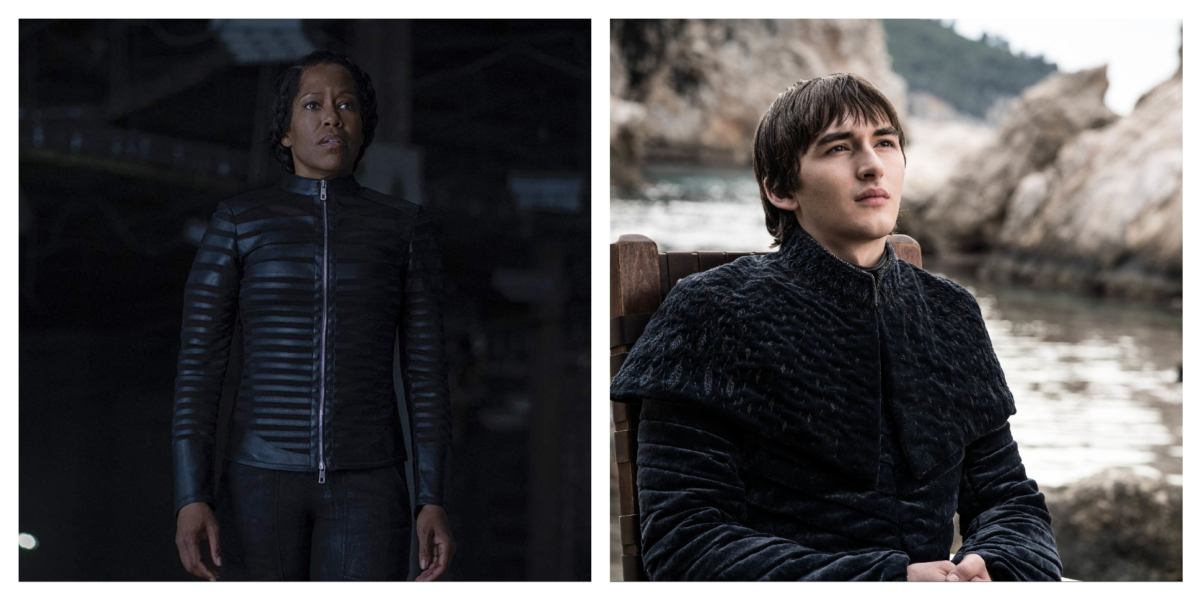 Coo-coo-ca-choo my fellow walruses! The season (and possibly series) finale of Damon Lindelof’s Watchmen dropped on us like a giant squid dropping on New York City. Much was lost and much was gained, so skip this article if you haven’t watched it yet because I want to talk about the biggest ramifications from the literal fall out (err… squid rain) of the finale on the future of the Watchmen universe and also the philosophical quandaries that it raises.

OK that was your spoiler warning! Let’s get into it!

Dr. Manhattan has been obliterated by Lady Trieu (with the unwitting help of the Seventh Cavalry) in a foiled attempt to capture and absorb his powers so that she can “fix” the world. After watching her husband disintegrate, Angela flees the frozen squid storm (unleashed by Veidt, Laurie, and Looking Glass to stop Trieu and destroy her machine) by hiding in the abandoned theater where she first watched the all-black cast of Oklahoma! perform with Judd back in the series premiere. Inside she finds her grandfather watching over her three sleeping children. He apologizes for working with Trieu and explains that this plan was set in motion when Dr. Manhattan (John) came to visit him shortly after Angela and John began dating. He tells Angela that John asked him to remind Angela that you “can’t break an omelette without breaking a few eggs” and that she would know what that meant when the time was right.

Grief-stricken and confused, Angela takes her family home and begins to clean up the mess left in the kitchen … including the carton of eggs that she angrily smashed. Wiping up the eggs she notices a whole one still safely in the carton and remembers one of her first conversations with John in which, holding up an egg, he told her that if he wanted to, he could push his powers into an edible object and if that object were consumed by a human, it would give the human his powers. She had laughed at the time, but now his omelette joke clicks. (Along with his telling her to remember him walking on water in the previous episode.) She takes the egg out to the pool, eats it raw, and takes a step onto the water as the episode cuts to black.

The audience doesn’t get to see whether or not eating the egg worked, the ending left purposefully ambiguous by Lindelof, but it does raise some serious ethical and philosophical questions. Earlier in the episode, Veidt (having just been rescued from a prison of his own making [and which he was essentially god of] by his daughter Lady Trieu) agrees to help stop/destroy her before she can absorb Dr. Manhattan’s powers because to him “anyone who seeks to attain the powers of a god must be prevented at all costs from attaining it.”

By Angela choosing to eat the egg and see if it has truly given her any or all of Dr. Manhattan’s powers, she is seeking to become a god. Now, whether or not it worked and if it did which of his powers she will receive (maybe just one or two, maybe all) the fact still remains that she chooses to consume this source of power instead of discarding it. She doesn’t go to the extremes of the Seventh Cavalry, or Trieu, or even Veidt, but the ethical dilemma still remains – even if the intent to use that power is good (all three of the aforementioned baddies thought they were doing what was good and righteous after all) does the act of seeking it already corrupt the person trying to attain it? (Power corrupts, and maybe even just trying to get some does too?)

Nothing in Watchmen (or any Lindelof show for that matter) is ever simple. And while the ending feels hopeful, and has our protagonist echoing the literal steps of Jesus, I can’t get Veidt’s warning out of my mind.

This reminds me of the “happy” ending given to Game of Thrones. Bran is crowned King of Westeros, a solution that makes the majority of the surviving characters satisfied and hopeful about the future. However, Bran is also the Three-Eyed Raven, an ancient and immortal (ish) being who can see all of time and space (similar to some of Dr. Manhattan’s powers!) and possess whatever body he wishes in whatever time he chooses to spy upon.

The previous Three-Eyed Raven lived to be a couple thousand years old and he had the Night King constantly after him, with the threat of the wights removed, who knows for how many millennia Bran might reign. At first glance, choosing the wise son of a noble family who just helped save the realm seems like a good idea. But any further consideration should give us pause. For instance, the Three-Eyed Raven, even before it possessed Bran, has known and had the ability to shape what was going to happen. Just how long has it been manipulating past and present events to ensure that it ends up as the ruler of the seven kingdoms for basically eternity? Much like Leto II Atreides in God Emperor of Dune (who chooses to combine himself with the powerful sandworms of Arrakis), becoming an almost immortal god to save your planet will lead to disastrous and monstrous results as the years pass and wielding your power for selfish reasons becomes easier and easier.

Which brings me back around to Angela Abar, the heroine of Watchmen and the audience’s through-line into the show. A woman of color who was violently ripped from her culture and family multiple times, she chooses to return to her family’s home state and form a family of her own. However, what she also brings home with her are her rage, her emotional walls (her masks if you will, both literal and metaphorical, she did choose to become a cop and a vigilante after all) and a need for vengeance. A need which, depending on what powers she gained, may only be heightened by the loss of her husband. There is some hope and excitement about a black woman becoming god and righting the world’s many wrongs. And it’s possible that with her background and if she gains John’s full powers, including his expansive perspective of the universe, that gaining godhood will alter the darker parts of her nature and she will be a merciful force for good. But it’s also possible that her quest to right the many wrongs of our world will lead her down a path of violence and totalitarianism. We can only hope she proves Veidt wrong. For once.

Either way, I am excited to see the way these seeds come to fruition in a potential second season. (If there is one! Fingers crossed!)