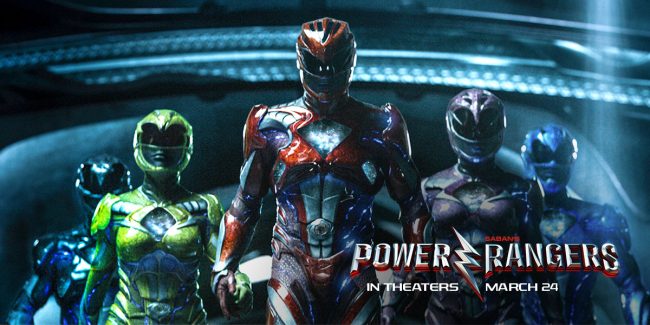 In keeping with this current trend of taking the things you loved as a kid and turning them into less-than-stellar gritty remakes, Power Rangers is a tedious mixture of nostalgia, melodrama and The Breakfast Club-level teen angst.

As expected, the 2017 reboot doesn’t stray too far from the original concept in that five extraordinary teens find themselves imbued with powers and under the mentorship of a floating head and his wisecracking robot assistant. However, this new version seems to have forgotten that what made the ‘90s series so great was how self-aware it was. We all knew the acting wasn’t good and that most of the fight scenes featured obvious stunt doubles, but at least producers knew how to have fun with it.

Here, screenwriter John Gatins unsuccessfully tries to ground the story with angsty subplots that would have worked had the writing not been so painfully contrived: Jason (the Red Ranger) is a ridiculously good looking ex-football star who throws it all away with a dangerous prank gone wrong; Kimberley (the Pink Ranger) is a reformed mean girl still coping with her part in a nude pic scandal; Billy (the Blue Ranger) is an autistic whiz kid dealing with his father’s death; Zach (the Black Ranger) is a reckless tough guy taking care of his ailing mother; and Trini (the Yellow Ranger) is a rough-around-the-edges outsider looking for a place to belong.

For a movie about a group of kids with super powers, too much time was wasted on trying to garner sympathy with laughably awful dramatic moments (the audience actually laughed out loud during a major death scene). Equally contrived was the film’s attempt at inclusion, particularly with Trini being confirmed as queer. Director Dean Israelite described her coming out as a pivotal moment in the film when in actuality, it’s merely suggested that she’s having “girl problems” and then never spoken of again. I’m all for inclusion when it’s not a throwaway line masquerading as diversity. There are better ways to accomplish that.

Bryan Cranston’s Zordon, Bill Hader’s Alpha 5 (whose head still looks like the back of a spaceship) and Elizabeth Banks’ subdued Rita Repulsa also failed to live up to their ‘90s predecessors but again, that has more to do with the writing than the actors that played them. At least Banks got a free doughnut out of this whole ordeal.

Despite its many faults, however, the film isn’t all bad. Its strongest moments are when the characters are allowed to let loose and really play with their powers like in that epic showdown between Megazord and Goldar. If watching two massive zords battle each other with swords and classic WWE-style moves doesn’t make you feel like a giddy 10-year-old, I don’t know what will. The film also remembers its nostalgic millennial audience with sweet little nods such as the inclusion of that annoyingly catchy theme, blink-and-you-missed-it cameos from the original crew and that famous line—you know the one I’m talking about (Spoiler alert: “It’s Morphin time!”). This would have been a much better movie had that fun tone been applied to the rest of the script.

Power Rangers is a wholly unnecessary cash cow that isn’t so bad if you just lower your expectations. If you can make it past the awkwardly melodramatic scenes, you might actually have a good time. And don’t forget to stick around for a post-credits surprise .