Why Comics Publishers Need to Embrace the Power of Fandom 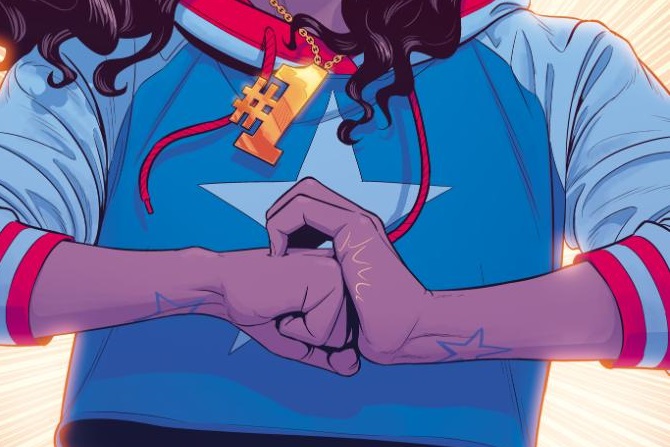 Panels and events catering to nerd culture have come a long way. In just a few short years, we’ve seen a tremendous leap from the culture at large barely acknowledging the power that fandom and marginalized fans have, to actually making space for them within the mainstream. But despite the move towards better inclusivity, we’re still encountering parts of nerd culture which resist the impact fandom has. And that’s doing quite a disservice to the comics medium as a whole.

Marginalized fans have been getting crumbs of representation for years now. Spider-Man, Black Panther, Bitch Planet, and Ms. Marvel are all strong comics on their own with rich stories to keep readers engaged – but as a whole, they serve as being only small examples of what comics culture could be. By and large, we’re still being led by stories that tell us that cis white men are the only ones allowed to hold the title of hero. And that’s a problem.

A few years back, you’d be hard-pressed to find a marginalized hero on the cover of their own series in your local comic shop. Female fans, fans of color, trans and gender-nonconforming fans, and disabled fans have long existed within nerd culture—and our time has finally arrived to take center stage within the medium. But it’s not enough just to have diversity in fictional narratives as representation. We need more; we deserve more.

Fandom has transformed nerd culture because it’s been a way for fans to take on the role of creator, critic, and producer all in one. We don’t have to stop at just wishing for the kind of comics that we want to see, we can now actually make them ourselves and change the industry from the inside out. The growth of marginalized writers, artists, letterers, and so on (especially in independent and small-press publishing) proves it. We deserve to be more than just a voice in the crowd or a single seat at the table.

It can be a slippery slope for marginalized fans, however, when deciding whether or not to try and break into mainstream culture or creating their own independent work. In the end, I think that it’s more important to have our stories out in the world and available then to be attached to a well-known company. After all, many mainstream companies—by which I mean the Big Two—have so few marginalized people in higher editorial positions that it’s often difficult for marginalized creators to even find their way in the door. Creating work independently can be a leap that leaves many uncomfortable, but the payoff of just getting your stories out into the world can make it all worth it.

Of course, there’s been pushback from those who have much to gain from keeping nerd culture as exclusive as possible. From trolls on the Internet to editors and executives of comic book companies with a known history of abuse, some folks have much to lose once comics become more inclusive. But that’s even more reason why this change is necessary; we have to redefine the status quo that is dependent on keeping certain communities down to lift others up. (Editor’s note: Look no further than J. Scott Campbell’s dismissal of the “SJW whine-fest” that resulted from his sexualized portrayal of Riri Williams.)

This restructuring would be in the industry’s best interests because it will enable its future viability. Take the news of the America Chavez solo series, for example. America, being a fan favorite for years, is finally getting her time in the spotlight that wouldn’t have been possible without the fandom support she’s gotten. Companies are starting to take notice of what sells, and supporting truly diverse projects does just that. But even with the excitement behind America, there is the chance that this is the moment that mainstream comics culture won’t push forward in progress. There’s a possibility that despite having a marginalized lead hero, the creative team behind America won’t reflect the diversity we see inside the pages of the comic. And no matter how good the story is or how important America’s story needs to be told, it would be a letdown to not utilize this opportunity to include underrepresented voices—especially Latinx ones—to the project.

Fandom is necessary to make any project succeed. Without fans actively pre-ordering series at their local comic shops, buying the monthly issues, engaging on social media about the series—many comics stories would die out as soon as they were printed. And just as Latonya Pennington wrote in her article earlier this year about blaming readers for low sales on diverse titles, there are other factors that come into play for establishing the success of a title. When it comes down to it, fandom is important because it’s the only part of the comics process that completely belongs to the fans themselves. As she writes:

Comic book readers and potential comic book readers are just as diverse as the characters and stories they want to see. They are more than just numbers and statistics, but readers with circumstances and personal preferences that affect how they read comics. Instead of blaming existing readers for not buying diverse comics, we must devise better ways to make them accessible and draw in more readers—something all publishers should be interested in.

It’s time that fandom is taken seriously, and that marginalized fans have a much larger voice in how the characters and stories that they love are told and portrayed. For comics culture to take the next step, we have to begin embracing the power of fandom in comics.